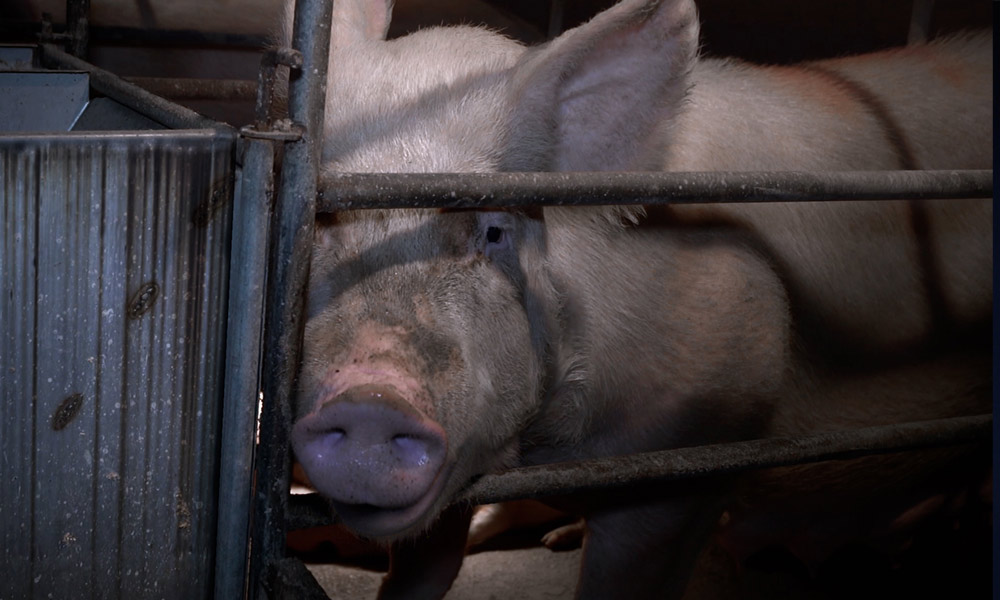 Factory farming is the number one cause of animal cruelty today. Make it Possible ads and videos give a voice to the millions of animals suffering in factory farms around the world -- and have now been recognised with a Mobius Award for their outstanding visual effects.

The creative team who gave this little pig wings and voices to the millions of animals suffering in Australian factory farms has been recognised internationally with a Mobius award — the Oscars of the advertising world.

The coveted award, judged by a panel of international experts, recognised the outstanding visual effects that brought to life the little winged pig in Animals Australia’s Make it Possible TV ads and videos.

The concept was developed by Animals Australia and our pro bono advertising agency LOUD, with post-production specialists FSM animating our hero pig so she could plead her own case for a kinder world, then sprout wings and fly to freedom. Her backdrop was footage of animals from real factory farms throughout Australia.

With the TV ad already reaching 3 million people across the country and the campaign videos viewed over 320,000 times online, Make it Possible is having a huge impact and inspiring positive change for the millions of animals suffering in factory farms around the world. Nearly 100,000 caring Australians have already pledged to help create a world without factory farming.

Experience the powerful and poignant video for yourself, and take the pledge to Make it Possible. A world without factory farming? That would be a win all round.

The Mobius Awards is one of the world’s oldest independent international advertising competitions, attracting entries from more than 25 countries worldwide in categories such as cinema, TV, online, outdoor, print, and radio, among others.