The dingo: a native species in the crosshairs

The Australian dingo has emerged as a saviour of our embattled ecosystems, but despite their essential role, this Australian icon is the target of industrial-scale, cruel killing programs that are wiping out this native species.

After two centuries of persecution by agricultural interests, Australia’s iconic dingo is gaining increasing recognition as an ecological saviour within our imperilled environment.

These extraordinary animals perform an outsized role in keeping our ecosystems in good health by reducing the number of introduced predators, such as cats and foxes, while protecting plant species and even the soil. This effect is known as a trophic cascade, where a predator has a “cascading” effect through many layers of an ecosystem and indirectly helps other species survive.

But sadly, their future is grim with agricultural interests driving inhumane ‘eradication programs’, eliminating this native animal from the Australian ecosystem.

While alternative options exist, the Victorian Government not only permits but encourages dingoes to be killed by poison, trapping and shooting. They even offer a cash bounty on dingoes’ heads — meaning anyone with a gun licence can be financially rewarded for killing these native animals. 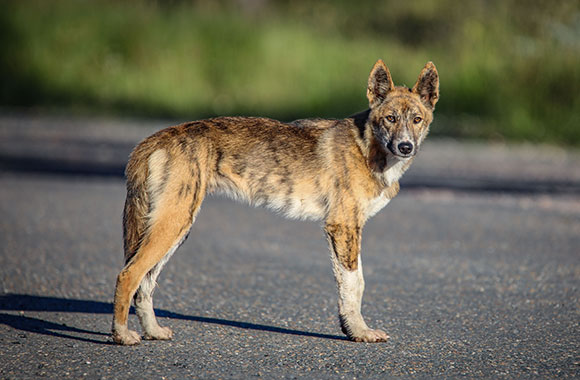 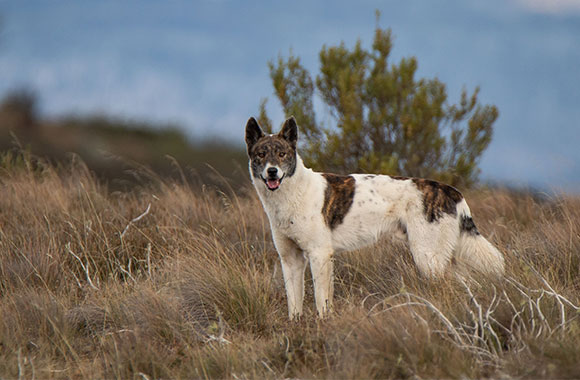 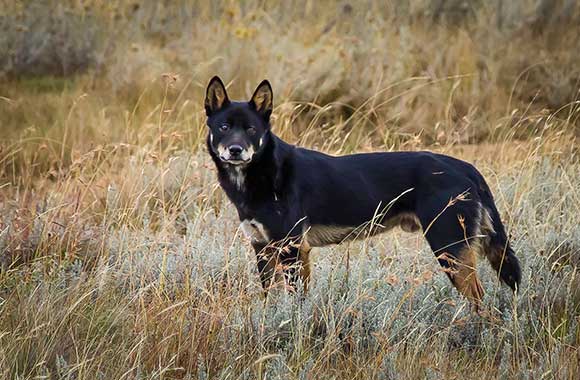 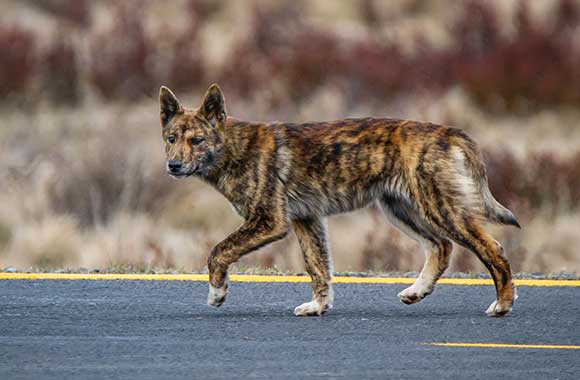 Every year, thousands of kilometres of the dingo’s national park habitat is subject to aerial bombardment with meat baits laced with the controversial 1080 poison that causes horrifically painful and slow deaths for dingoes — and other ‘non-targeted’ native species who ingest it. The aerial assault is backed up by extensive ground baiting operations aimed at eradicating dingoes in large swathes of the country to appease agricultural interests.

If caught in barbaric leghold traps, dingoes whimper in terror and pain, and can frantically struggle for 24 hours or more before “wild dog” controllers return to shoot and kill them.

Victoria is the only state where dingoes have a protected status as a threatened native species. But through a cruel twist, more dingoes are being killed in Victoria since they received their listing as threatened, due to ramped up efforts to eradicate them for commercial interests.

Under a ministerial exemption to their protection status, known as an “Order of Council”, Victoria’s dingoes are declared “unprotected” on any private land and in buffer zones extending three kilometres inside national parks that adjoin farmland.

A further Wild West approach to eliminating so-called “wild dogs” in Victoria is a bounty scheme that encourages recreational hunters to kill them for a $120 ‘reward’ per animal.  With no monitoring or oversight, it is highly likely that dingoes are killed within protected areas with the cash incentive of the bounty.

The agriculture industry is behind the push for the eradication of dingoes anywhere near farmland, blaming them for the death of farmed animals, mostly lambs. Yet the industry’s own studies have shown that the high rate of lamb mortalities in Australia is due to farming practices and breeding for multiple births in more than 80 per cent of cases.

While there are losses due to dingo predation in farms near national parks, dingoes are often killed for a crime they didn’t commit with industry surveys showing that farmers overestimated the actual incidence of predation by “wild dogs”. A dingo who has never killed animals on a farming property, and perhaps never would, will still be targeted with poison and traps.

Instead of investing many millions of dollars annually in wiping out an already threatened species, governments and industry could instead invest in non-lethal solutions such as exclusion fencing and the use of guardian animals to protect farmed animals.

Unfortunately, Victoria’s dingoes cannot see an invisible line within their natural habitat which instantly changes their status from a protected species worthy of conservation to a “wild dog” with a death sentence.

The Victorian Government’s limited knowledge of dingo ecology and dwindling numbers of a species it has listed as threatened has failed to slow its eradication efforts. It is extraordinary that the government does not even know how many dingoes it kills annually or how many are left.

Australia holds the dubious distinction of having the highest rate of mammal extinctions of any country in the world. Urgent action is required now to ensure the dingo does not join that list due to short-sighted government policy.

SPEAK UP FOR DINGOES NOW

Few Australians are aware of the massive lethal campaigns waged against the dingo — and that is by design. To make the killing of a native species more palatable to the public, government authorities and agricultural bodies routinely refer to dingoes only as “wild dogs” when talk turns to extermination.

The “wild dog” narrative plants the false notion that there are ferocious packs of formerly domestic dogs marauding across the countryside, preying on farmed animals. By falsely portraying dingoes as “wild dogs”, government authorities and the agriculture industry manufacture consent to kill them as an introduced pest species.

Last year a groundbreaking study by the University of New South Wales destroyed the wild dog myth by revealing that 99 per cent of “wild dogs” caught in Australia were, in fact, either pure-bred dingoes or dingo-dominant hybrids (dingoes with more than 50 per cent dingo genes).

Government authorities should be held accountable for the fact that they have been killing dingoes, and that “wild dogs” do not exist in any significant numbers. Tasmania is a perfect illustration of this point. As the only state that has no dingoes, it is also devoid of any “wild dogs”.

Victoria needs to end its duality of protecting dingoes only on paper while falsely labelling them as “wild dogs” to wipe them out.

Call on the Victorian Government to protect dingoes

Last year’s parliamentary Inquiry on the Decline of Ecosystems in Victoria recommended that the government end the use of 1080 poison baits, revoke the “Order of Council” exemption to their protected status and review the bounty scheme. The government was due to respond within six months but is yet to do so.

With the state’s ecosystems collapsing at an alarming rate, the Victorian Government needs to honour its obligation to protect the dingo as a threatened native species. The mass killing of any species, simply because it may have a minor impact on human commercial interests, should never be seen as the solution.

We need to put an end to Australia’s shameful habit of protecting our native animals only after we have driven them to the edge of extinction.