Over a million compassionate citizens from 18 European countries are changing the world for animals through the ‘End the Cage Age’ initiative.

This historic progress for animals would spare MILLIONS of sensitive, feeling animals like pigs, chickens, calves, rabbits, ducks and geese from life in a cage.

The legislative roadmap proposed by the European Commission lays out a path to changing laws to phase out and ultimately ban keeping farmed animals confined to cruel cages. It follows an overwhelming majority of European Members of Parliament voting to support the initiative. 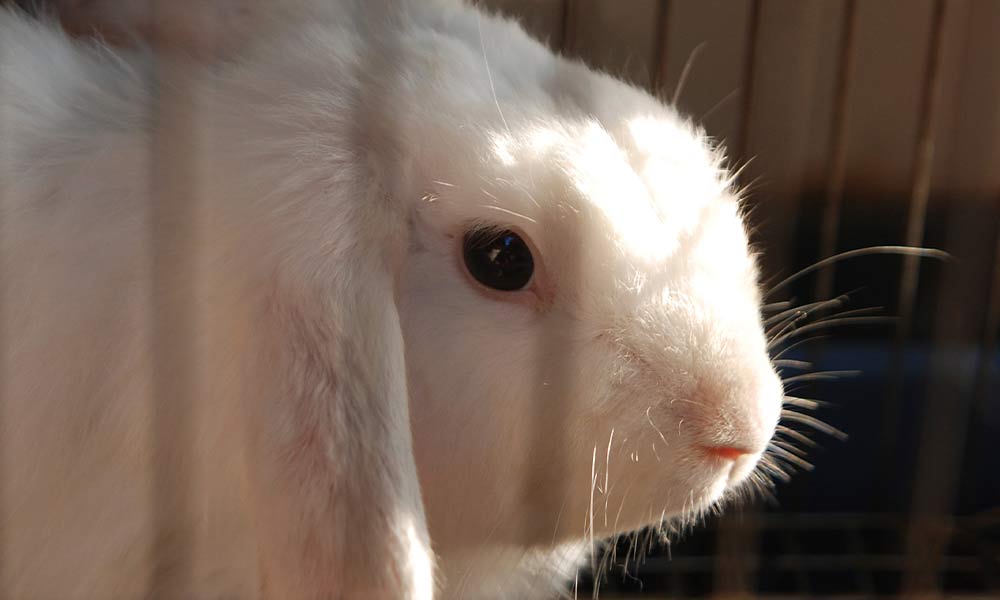 Thanks to 1.4 million caring people speaking out, bunnies like her could be freed from life in a cage.

Sadly, Australia is falling further behind and animals are suffering

When compared with the EU and the UK, Australia is failing farmed animals and community expectations on how animals should be treated.

Mother pigs are routinely kept confined to metal and concrete pens too small to turn around in, laying hens are still crammed into wire battery cages, and reviews of animal welfare laws are lagging years behind schedule.

It comes as a shock to many Australians to discover that farmed animals are denied the protection of cruelty laws that apply to our pets like dogs and cats. Exemptions to these laws serve to legalise treatment like severe confinement and having body parts cut off without pain relief, that would otherwise be criminal cruelty. And it’s the case despite these animals being just as feeling, aware and deserving of kindness.

Learn more about legalised cruelty to farmed animals in Australia.

You can help create change for Australian animals too

The simplest way to take a stand against all cruelty to farmed animals is to eat consciously. Already 1 in 3 Australians are cutting out or cutting back on meat. You can join this compassionate movement of foodies by ordering your free Veg Starter Kit today.