Public opposition to this gory performance is mounting. What is it about this animal’s death that is so offensive?

The Museum of Old and New Art (MONA) in Tasmania has come under fire for a controversial project planned to take place during the Dark MOFO festival in June. Artist Hermann Nitsch will use the body of a slaughtered bull to cover people in blood.

If your reaction to this is one of disgust and outrage, you’re not alone. MONA’s Facebook wall has been flooded with messages of opposition to the performance, titled 150.Action, and a petition has gathered thousands of signatures demanding it be stopped. 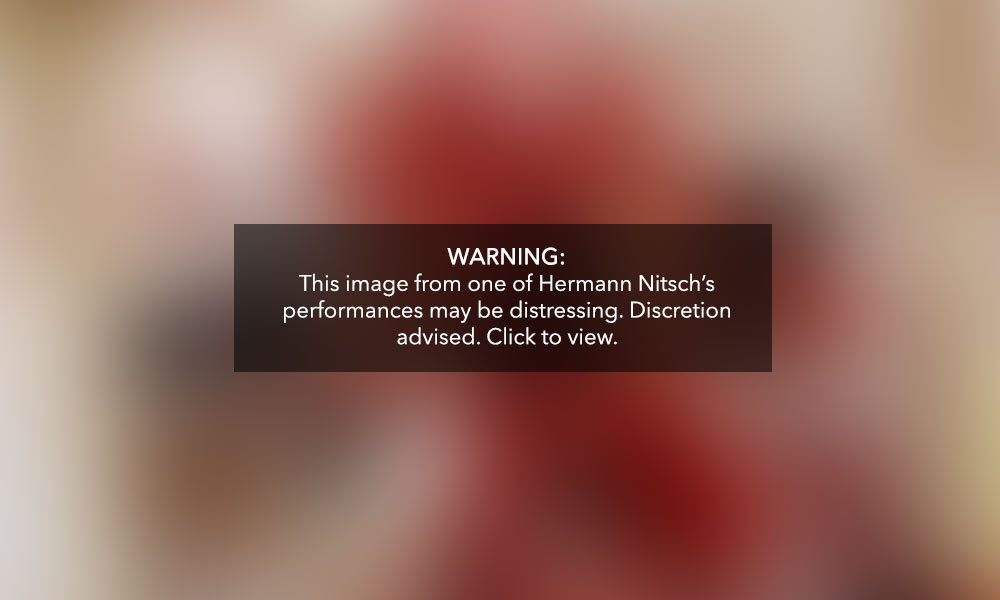 There’s no doubt that this animal deserves better than to die only to have his blood splattered around in the name of art. Can we really say that our ‘benefit’ from this ‘art’ outweighs what the animal loses? But the outrage at this planned ‘art’ does raise some important questions …

If the campaign is successful and the performance is cancelled, what happens to the animal? He is marked for slaughter. He has been bred and raised for one reason — to die. He will be killed at a slaughterhouse — just as he would have been for the ‘art’ — and, since Nitsch insists that the bull’s ‘meat’ is consumed after his performances, he will end up as ‘steak’ and ‘burgers’ whether 150.Action goes ahead or not.

Though it isn’t the artist’s intention, it is this incongruity in our reaction that MONA owner, David Walsh, says he hopes the piece will challenge. Why are we outraged by an animal losing his life for ‘art’ but not behind the walls of a slaughterhouse?

Walsh also highlights that at the museum, there is an exhibition which hangs giant chunks of meat from big metal hooks, and “nobody cares". So what is it exactly about Nitsch’s work that so many people find offensive?

Millions of animals are slaughtered every year. But unless you’re a farmer or a slaughterhouse worker you might never see who they were, but only what they become – neatly wrapped cuts of ‘meat’ on a supermarket shelf, unrecognisable as the life who once was. Is our outrage at Nitsch’s performance a reaction to a breakdown in the system we have become so comfortable in — a system that conceals the violence of slaughter, and doesn’t require us to think about the ethical dilemmas associated with killing animals? Or is it a reaction to what seems like needless cruelty and violence?

So why don’t we have the same reaction to killing animals for meat, as we do for art? Most of us have grown up in a culture where eating meat is the norm — it’s a habit, the people around us do it, we might even like the taste. And most importantly, meat-industry marketing and even our own culture and language (think ‘beef’ not ‘cow’) is at pains to avoid reminding us that the meat we’re eating used to be someone. We’re never really given the chance to ask questions like: “Is this necessary?", “Do I want to do this?", “Do the ‘benefits’ to me outweigh the costs to the animal?". And if we aren’t given the chance to ask these questions, then we aren’t given the freedom to make our own conscious food choices — whatever those choices may be.

Is eating animals any more necessary than using a bull’s blood for art? Millions of people have made the choice that it isn’t for them, and in fact many studies indicate that they are healthier for it — and the planet, too.