Who doesn’t love a good rescue story? Tales abound of brave firefighters rescuing kittens from trees or dogs from burning houses. There was a collective swoon as we watched a police officer escort a family of ducks safely across a highway, while one woman’s rescue of a rare fish stranded in a flooded Queensland carpark made news headlines.

Thankfully, there’s no shortage of generous and courageous people going out of their way to save animals from danger. But what about when the tables are turned — and it’s the humans who need rescuing…?

Here are 6 incredible stories that prove animals are every bit as compassionate and brave as us: 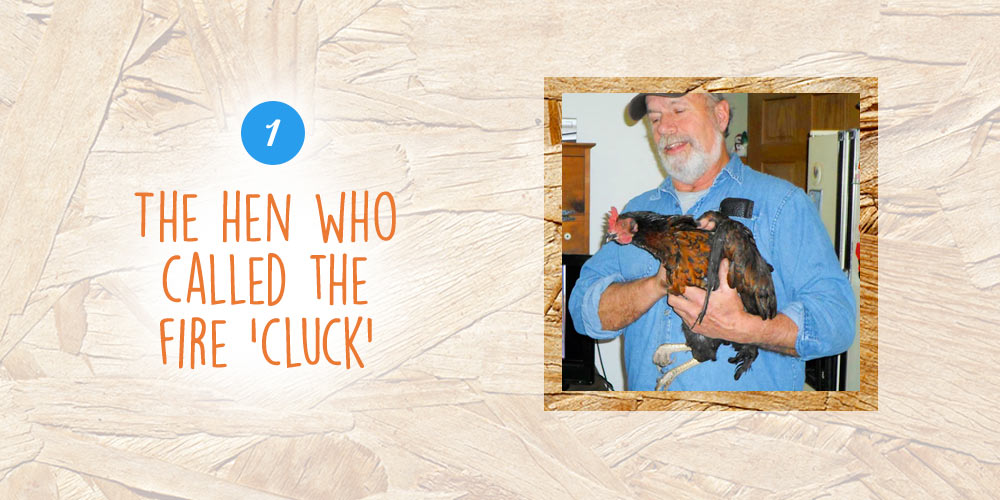 Couple Dennis and Susan were soundly asleep when a fire broke out in their Wisconsin home. Their smoke detectors were faulty and didn’t go off— but when their pet chook Cluck Cluck started squawking loudly enough to wake them up they knew something was seriously wrong. Exploring downstairs, they discovered the fire — and managed to escape.

Cluck Cluck almost didn’t get this chance to be a hero. She originally belonged to Dennis and Susan’s neighbours — but would come over regularly for a scratch in their yard. When she stopped producing eggs, the neighbours told Dennis and Susan they could kill and eat her if they wanted.

Here are 8 more amazing facts that will make you go cuckoo for chickens. 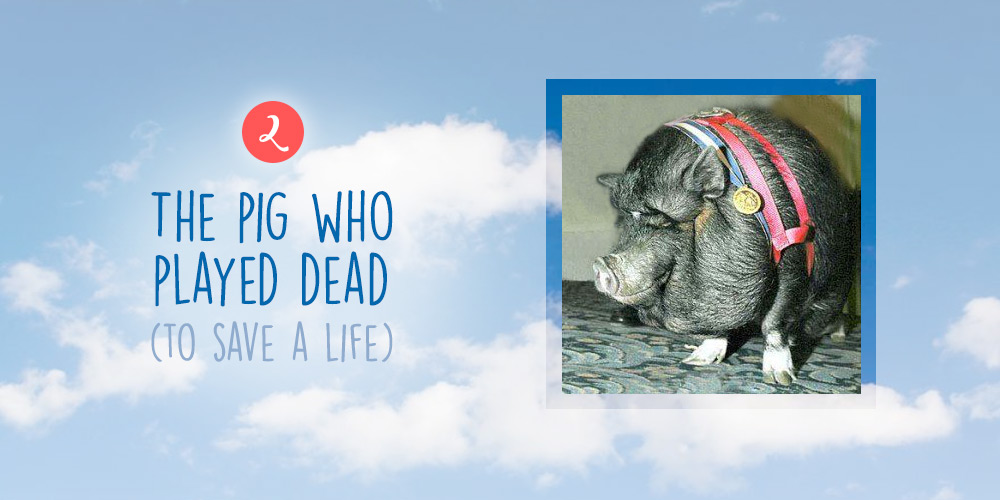 When Jo Ann Altsman collapsed in her kitchen during a heart attack, she thought she was done for. With her husband out of town, she didn’t think there was anyone at home to help her.

As her dog, Bear, barked for help, her pet pot-bellied pig Lulu took rescue efforts to the next level. Forcing her way through the fence — leaving her scratched and bleeding — Lulu took off for the nearest road. There, she lay down and played ‘dead’ until a driver who was concerned about her injuries pulled over to investigate.

Lulu immediately led him back to Jo Ann, where he called an ambulance that rushed her to hospital. Doctors announced that if 15 more minutes had elapsed, Jo Ann would be dead.

Pigs are some of the smartest animals on the planet. And Lulu’s heroic tale proves they belong in our hearts — not our bellies. Check out these 5 things we could all learn from pigs. 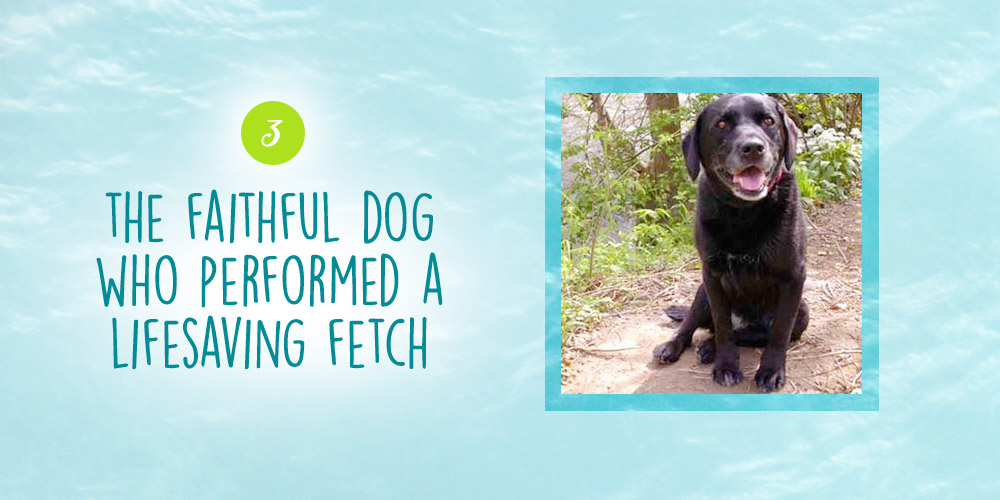 As 58-year-old grandmother Brenda walked her dog, Penny, alongside their favourite river in Wales they came across an empty wheelchair. Alarm bells rang in Brenda’s head — and that’s when she noticed someone floating motionless in the water:
[PLUGIN type="quotation" quote="The current was quite fast. It was obvious that the woman was unconscious."]

Penny is ten years old with a few grey whiskers, but this senior pup is clearly up for anything. There’s no doubt Brenda’s quick thinking — and Penny’s prompt response — saved the woman’s life. 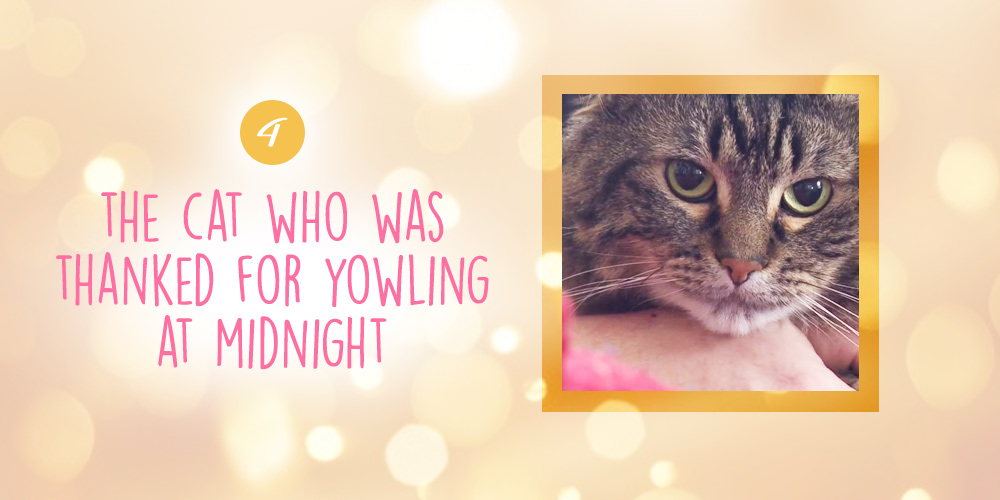 When Annette Shanahan woke up at 1am feeling weak, groggy and disoriented, she pulled herself out of bed — before collapsing into a chair. Ill, and unable to move, she heard her cat Gracie start howling and throwing herself against the bedroom door.

The racket woke up Annette’s husband, Kevin, who, gasping for breath, barely made it to the phone to call an ambulance.

Firefighters quickly arrived and discovered deadly levels of carbon monoxide flooding the house — but, thanks to Gracie’s sharp nose, the whole family made a 100% recovery.

Whether saving you from poisonous gas — or a mid-afternoon slump at the office — these cool cats have got you covered. 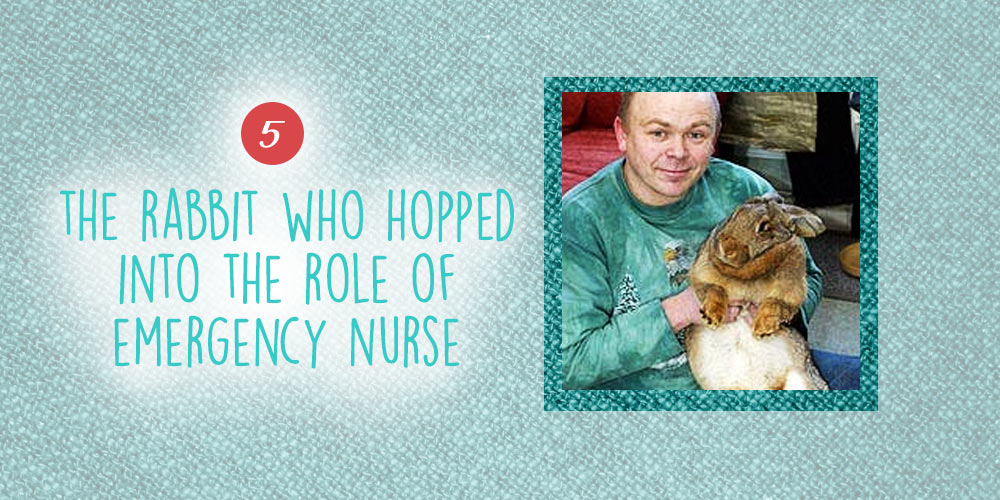 Simon Steggall was having a nap on the couch after a hard week at work. Or at least that’s what Victoria, his wife, thought. But Dory, their pet rabbit, knew better…

Simon had slipped into a potentially lethal diabetic coma — but Dory alerted Victoria to the emergency by jumping up and down on Simon’s chest, and licking his face. Victoria immediately rang for an ambulance and Simon was resuscitated in the nick of time.

Discover the story of 300 rescued rabbits who were saved from a factory farm and are now free to hop, skip and jump — just like Dory. 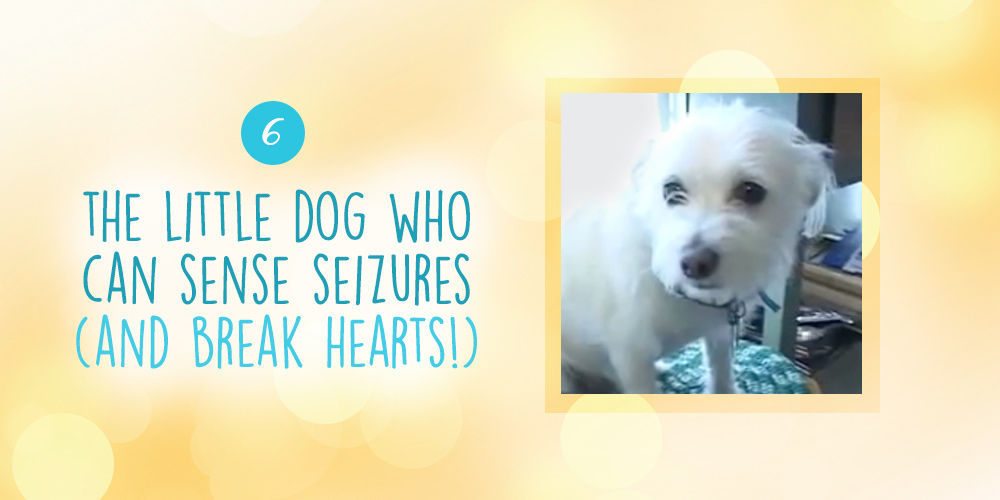 Little Jack, a scruffy terrier, was found in a closed rubbish bin. Someone had literally thrown him away like he was worthless.

Luckily, he was rescued — and he paid that act of kindness forward by going on to rescue a little girl named Maya.

Maya suffers from a rare neurological disorder which means she suffers from fits. Kids her own age don’t understand, and avoid her. While her family loves her very much, she lived an isolated life… until the day she met Jack at a Humane League rescue shelter.

What makes a hero?

While dramatic rescue stories are undeniably exciting, the reality is that heroism doesn’t have to be flashy. In fact, many meaningful acts — that change lives (and the world) for the better — can often go unnoticed.

But it’s those every day moments of kindness — no matter how small — that add up in a really big way.

So go on, give your companion animal a hug. Expand your culinary horizons and discover the joys of animal-friendly food. Tell someone just how much you love them. Share this. Be a hero for kindness. Change the world.