Zoonotic disease and the use (and abuse) of animals

The COVID-19 pandemic is a global crisis that affects us all. The story of its emergence, and the evolution of most other infectious diseases, are a costly reminder of humanity's broken relationship with animals.

We live in a highly interconnected 'global village'; linked to one another and all other life on Earth. Diseases emerge, spread and persist in human populations, wildlife and farmed animals, affecting all three with often devastating consequences. Devastating illnesses that make this 'jump' between animals and humans are called zoonotic diseases — and they're on the rise. Global human health has therefore become increasingly intertwined with the health of our environment and the animals who inhabit it.[1]

Pathogens can jump among animals and humans when we are in close contact, with an increased risk occurring from exposure to infected bodily fluids (for example blood, birthing liquids, respiratory droplets, mucous, urine and faeces). Such exposure primarily occurs on-farm, during hunting and slaughtering or at saleyards and live animal markets. This places the people who work as farmers, hunters, slaughterers and veterinarians, as well as those who live close to them and these activities, at a higher risk of contracting and spreading zoonotic diseases.

The consumption of wildlife and farmed animals has fuelled numerous pandemics and epidemics across the globe. An increasing demand for animal-based foods and remedies have led to the intensive production of domesticated and wild animal species, as well as an enhanced market for bushmeat hunting and the trade in wildlife — all of which have profoundly increased the emergence of zoonotic diseases. 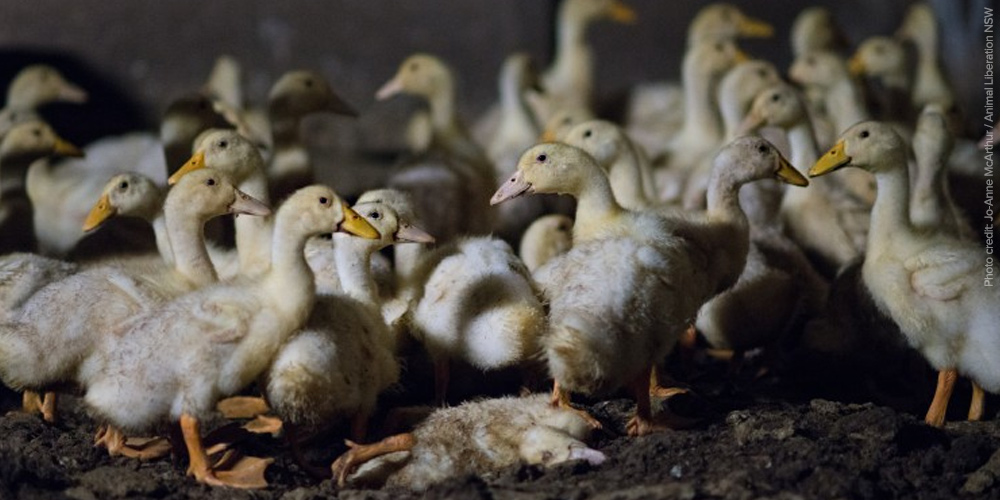 Factory farms crowd large numbers of animals together in confined, closed spaces with high levels of aerial pollutants like ammonia and faecal dust, close contact with other sick or dead animals, plus fear and stress causing a suppressed immune response. The risk of disease outbreaks is greatly increased by these factors — which have directly contributed to the emergence of bird flu, swine flu and Middle East Respiratory Syndrome (MERS). The intensification of animal farming has further been linked to the evolution of anthrax, measles[2] and whooping cough (pertussis)[3].

Additionally, through habitat destruction and as farms encroach on forests, jungles and other natural environments, direct or indirect contact with wild animals is inevitable. This provides an opportunity for novel pathogens to become established in livestock and subsequently humans. Some of the major infectious diseases emerging from the mixing of farmed or domesticated and wild animals include Severe Acute Respiratory Syndrome (SARS), Nipah Virus and Hendra Virus.[2] Deforestation and land clearing for animal agriculture are also contributing to climate change. All of these factors have complex impacts on vector-borne illnesses, increasing the abundance or distribution of some mosquitoes and the diseases they cause — including malaria in South America.[4]

Finally, the slaughtering of animals is a high-risk activity in itself, as infected blood and other bodily fluids, as well as stomach contents and faecal material readily contaminate the meat, slaughterer and other people or surfaces in contact with the carcass. For example, the hunting of wild animals caused the emergence of Human Immunodeficiency Virus (HIV) and Ebola Virus Disease[2]; while the slaughtering of farmed animals frequently exposes people to bacteria causing Q Fever and a variety of other pathogens[5]; and eating contaminated meat, milk and eggs is a leading cause of gastrointestinal sickness including Campylobacteriosis and Salmonellosis[6]. 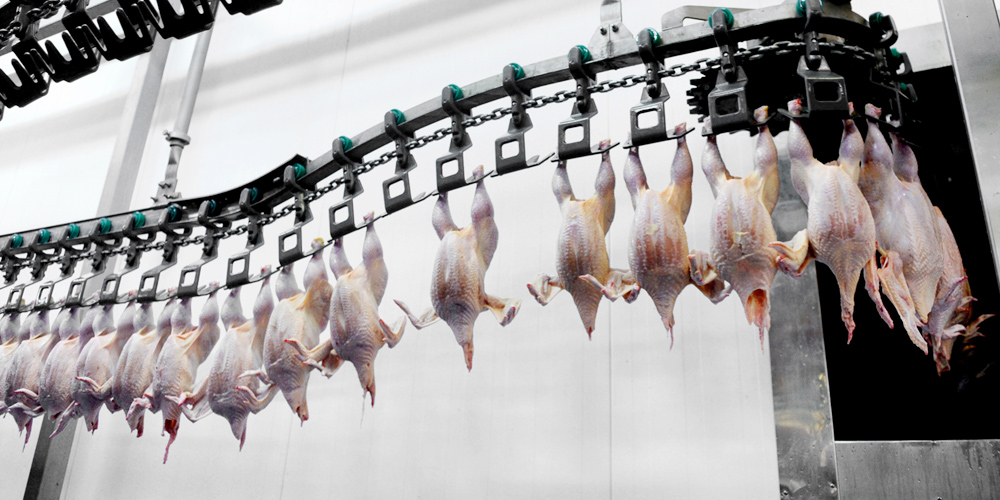 Coronaviruses in the Spotlight

Coronaviruses are named for the crown-like spikes on their surface. They cause respiratory and gastrointestinal diseases in a diverse range of animals, including humans. Examining past coronavirus outbreaks in humans and other animals provides a chilling account of warning signs. Starting with human coronavirus OC43, which emerged around 1890 from a bovine (cattle) coronavirus that now causes Shipping Fever disease, potentially resulted in a pandemic event.[7]

The first new zoonotic disease outbreak of the 21st century was a coronavirus named Severe Acute Respiratory Syndrome (SARS). The disease first emerged in China in 2002 and resulted in 8,098 human cases worldwide with 774 deaths.[8] SARS virus jumped into humans from infected Civets; cat-like animals who are intensively farmed for meat, purported aphrodisiac qualities and to produce the most expensive coffee in the world. It is likely the crowded inter-species mixing and immunosuppressive effect of stress enabled the SARS virus to jump from bats to civets and then people in a live animal market.[2] Once identified as the source of SARS, some 10,000 civets in China were culled[9] and it was later shown that pigs could contract SARS from infected people.[10] 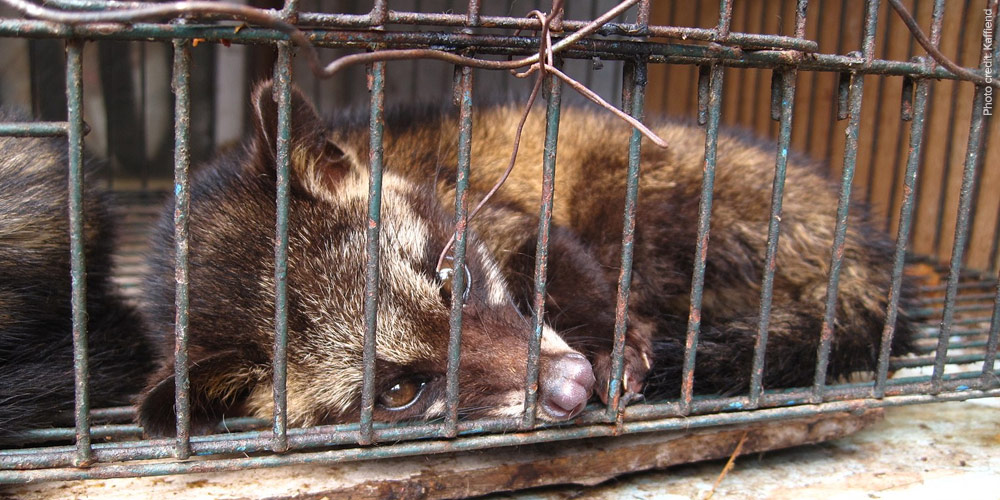 A decade later in 2012, another novel zoonotic coronavirus emerged in people in Saudi Arabia, named Middle East Respiratory Syndrome (MERS). An outbreak of the disease occurred from 2014 to 2016 across the Middle East, Asia, North America and Europe, resulting in 2,494 confirmed human cases and 858 deaths.[11] Though the MERS virus had been circulating among Dromedary Camel populations since 1983, it is likely the intensification of camel farming with confined 'barn' housing systems contributed to its' transmission into humans.[12]

Just five years later and our world is experiencing the largest, most infectious zoonotic coronavirus outbreak to date: SARS-CoV-2 causing COVID-19. In late December 2019, a cluster of patients with unusual pneumonia were detected in Wuhan, China — just four months later, and there have been some 2.47 million confirmed human cases with 169,006 deaths worldwide.[13] The current theory suggests COVID-19 originated in bats and passed through an intermediate host, thought to be the Pangolin, before jumping to humans at a live animal market. Pangolins are the most trafficked mammal in the world; hunted, farmed and sold for their meat and scales used in traditional Chinese medicine.[14] 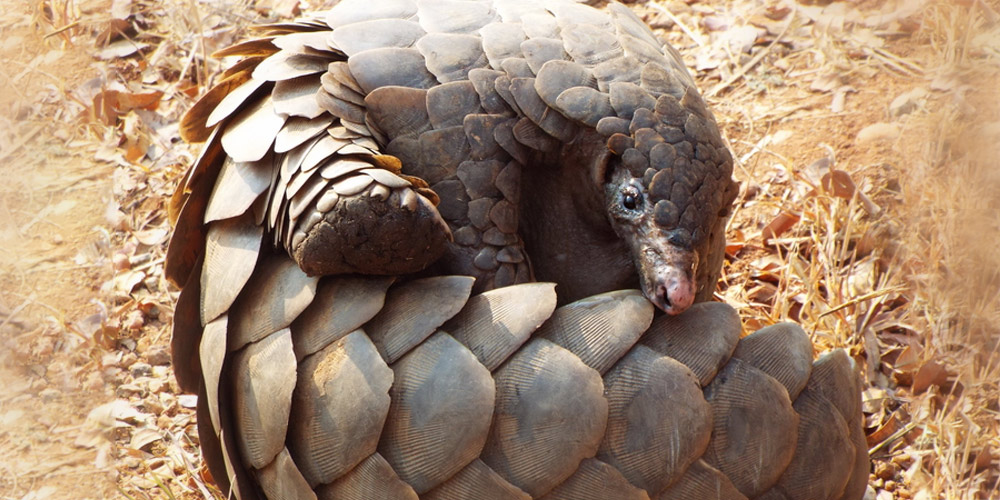 Scientists and the US Center for Disease Control and Prevention warn that at least one more coronavirus — Porcine Deltacoronavirus, which has killed tens of thousands of pigs across the US and China — has the potential for further cross-species transmission, posing significant health risks for humans and farmed animals alike.[15]-[16]

While some zoonoses are likely inevitable, much human and animal suffering from zoonotic diseases could have been avoided had we treated animals with more care and compassion.

Disease landscapes change as a result of human actions... With human behaviour providing the basis for today's disease dynamics, it follows that human action may also lead to a reversal of this increased disease activity.FAO: 'World Livestock 2013 — Changing Disease Landscapes' (page 90)

There is no simple answer to how we can reduce the risk of future pandemics, but a global shift towards safer and kinder food systems could be part of the solution. Choosing plant-based and sustainably grown foods whenever possible is one thing we can do as individuals while the global community faces this crisis, and into the future — for animals, the environment and ourselves.

The zoonotic disease burden in Australia

Get your FREE Veg Starter Guide!