Here' why we support the climate movement.

Things you can do to actively help in protecting our planet:

Because a more sustainable world is a kinder one.

Last month, more than 350,000 Aussies — along with millions of other people around the world, spanning all walks of life, cultures, generations, and a whopping 185 countries — took to the streets and united to demand urgent action to combat the escalating climate emergency.

Climate justice is a term used to reflect the fact that global warning is not just a purely ecological issue, but an ethical and political one too. It relates the impacts of the climate crisis to the concepts of social and environmental justice.

These earthshaking global strikes are being hailed as the biggest climate mobilisation in history, and we are proud to have been a part of them. Achieving climate justice aligns with everything we stand for, because the climate crisis affects all of us. Animals Australia’s mission to create a kinder, safer world for animals is dependent on securing a sustainable future for our planet, too.

The systemic animal cruelty Animals Australia exists to end intersects with the climate crisis — in a BIG way.

More than 99% of scientists agree that humans are causing climate change — and, not being climate experts ourselves, we respect this scientific consensus. Research has consistently shown that the unprecedented level of global warming that has occurred over the past century, and particularly in this century, has been and is being caused by human activities that increase the concentration of greenhouse gases in the atmosphere. 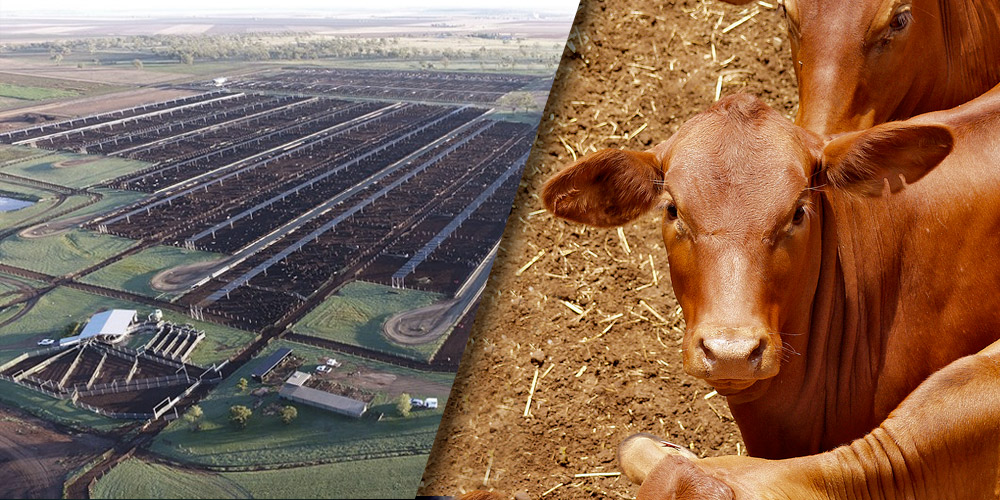 Let’s just let that sink in for a moment. What that means is that not only is farming animals the number one cause of animal suffering in the world today, it’s also one of one of the biggest contributors of the greenhouse gases that are causing climate change.

To make matters worse, farmed animal agriculture is closely linked with that other main culprit we mentioned, too — deforestation — which has disastrous consequences not just in terms of destabilising our climate, but also in terms of destroying wildlife habitats.

Brace yourself for this sobering statistic: Animals are going extinct at a rate not seen since the extinction of the dinosaurs. We’re talking dozens of species every single day — and deforestation is the leading cause. It comes as a shock to many people to learn that the vast majority of global habitat destruction and biodiversity loss is due to land being cleared for the beef and dairy industries, or to produce crops to feed farmed animals. 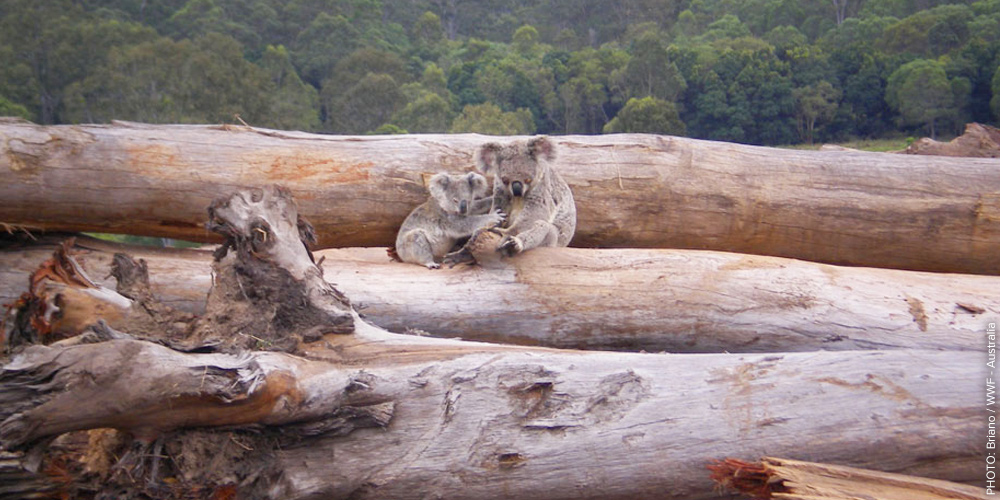 This issue received a lot of exposure in the wake of the recent Amazon fires, which, according to environmentalists, were started by cattle ranchers. People across the globe collectively watched on in horror as the fires blazed, displacing and burning wildlife alive and razing massive swathes of precious rainforest to the ground…

…but the grim reality is that this scale of destruction is just business as usual for the animal agriculture industry, even in our own backyard. A recent study released by The Wilderness Society found that in vulnerable Great Barrier Reef catchment areas, more than 90% of land clearing was linked to the meat industry.

Animals Australia’s work, and that of many other groups around the world, has consistently exposed how animal industries put their own profits above the wellbeing of animals, and the environment.

And make no mistake, the climate crisis that the animal agriculture industry is contributing to will seriously compound the routine suffering endured by intelligent, sensitive animals like pigs, cows, chickens, sheep, and fish — animals who we and so many of our compassionate supporters speak up for every day. In fact…

The climate crisis is already worsening the suffering of farmed animals.

Have you ever seen a transport truck pass you on the highway on one of those blistering 30°C+ days, and worried about how the sheep, cows, or chickens packed inside must be coping in the stifling heat, with limited airflow and no food or water?

Maybe you’ve noticed that in paddocks, many sheep and cattle resort to huddling together under sparse tree-cover just to get out of the scorching sun, left largely unprotected by industry standards that do not even require them to be provided with full shelter or shade.

Or perhaps you’ve spared a thought for the millions of other animals who suffer inside the crowded sheds of factory farms, struggling to move in tiny cages or pens caked with their own filth, and breathing in the same stagnant, putrid air as the temperature rises — without even a breath of fresh air for relief, let alone air conditioning… 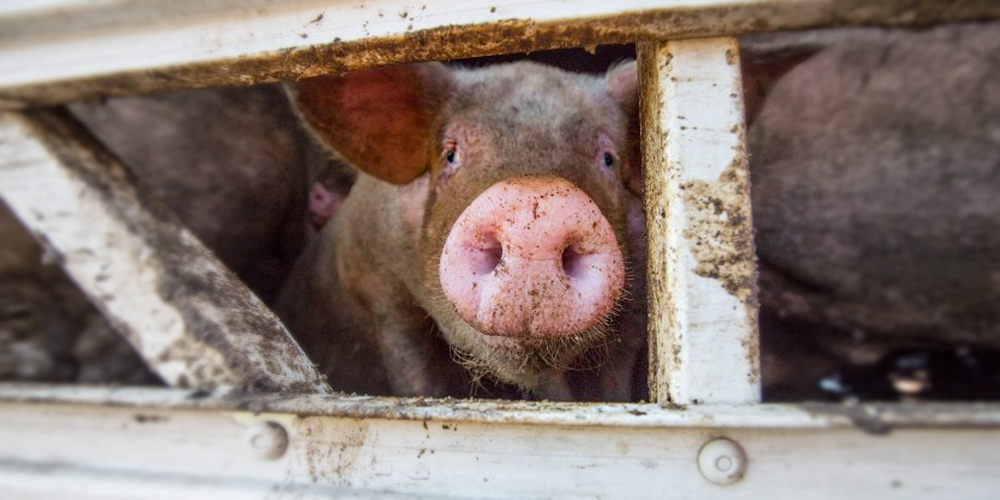 This is already the reality for many farmed animals on what we consider hot days today. Imagine the conditions they might be forced to endure in trucks, factory farms, and slaughterhouses as our summers (and indeed all seasons) continue to get hotter and hotter.

They’ll face numerous other environmental risks as the planet heats up, too.

Both bushfires and floods can be devastating for people, and as we’ve seen all too often, for animals too. Countless animals are injured, displaced, and killed, both on farms and in the wild every time these disasters strike. Alarmingly, the scale and frequency of bushfires and floods are already on the rise, and this trend is only predicted to continue. 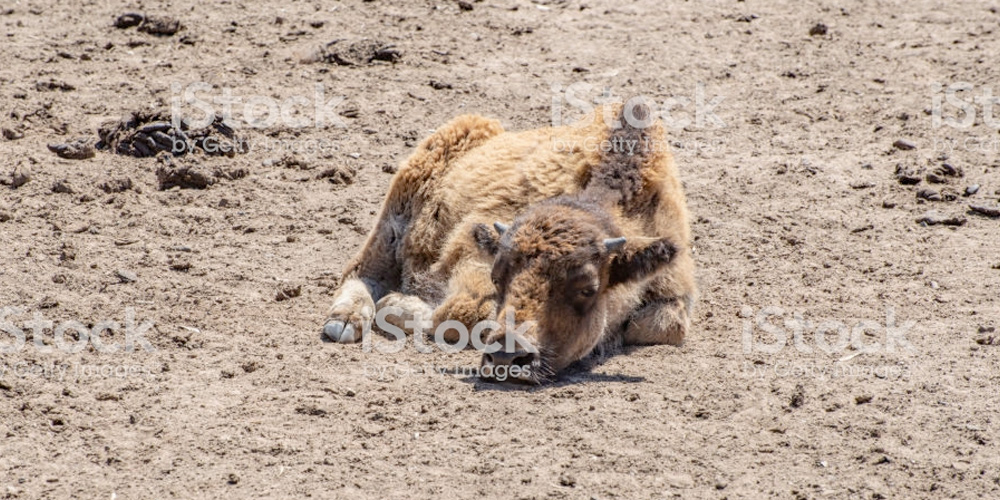 The Intergovernmental Panel on Climate Change has warned that climate-change-induced drought also poses a “very real and immediate threat". All animals suffer in periods of severe drought. Farmed animals and wildlife alike are at an increased risk of suffering what are often slow, agonizing deaths due to water scarcity and starvation.

It’s not only land-based animals who will suffer…

Marine animals will suffer too, as sea temperatures rise and ocean acidification increases (due to the absorption of CO2). Coral reefs will continue to suffer irreversible damage, resulting in a catastrophic loss of habitat for millions of species of fish, many of whom are already under threat of extinction due to exploitation by the fishing industry and the demand for ‘seafood’.

Any solution to climate change must incorporate a transition away from intensive animal agriculture.

Most of us would agree that if we want Earth to be able to sustain life for generations to come — not just our lives, but the lives of all the remarkable species who share this planet with us — we need cleaner energy. That means no new coal, gas, or oil projects, and shifting to 100% renewable energy before it’s too late. Eminent scientists around the world are becoming increasingly vocal about the fact that the energy we feed our bodies needs to be part of this conversation too.

You may notice that the above quote stipulates that people in “rich countries" need to change their eating habits. The reason for this is that individuals living in wealthy countries have a significantly greater carbon footprint, and therefore bear far more responsibility for climate change than individuals living in developing countries. 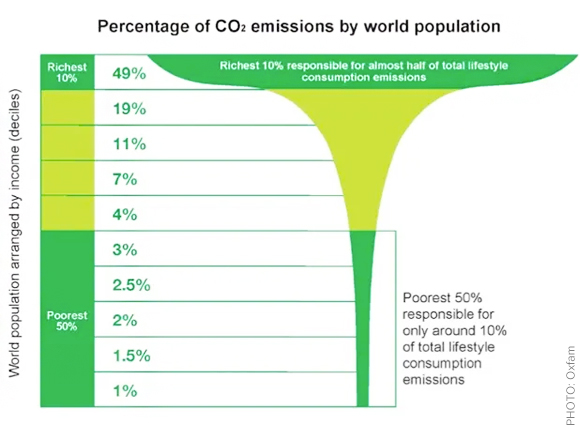 Photo: OXFAM (via The Guardian)

Statistically, it’s vastly more impactful (and achievable) for people in the middle and upper classes of a country like Australia to make environmentally conscious changes like eating more plant-based food, especially considering the fact that Australia has one of the highest per-capita levels of meat consumption in the world.

We will continue to highlight that animal agriculture is a leading contributor to the climate crisis, and promote eating more plant-based food as one of the most powerful choices many individuals can make to help protect animals and the planet.

Due to the sheer scale of urgent change that’s required, however, our own everyday choices are just one part of the solution.

Recent moves by forward-thinking governments to show their support for plant-based food — like the recent sustainability report released by the New Zealand Ministry of Health, which urges citizens to help reduce carbon emissions by avoiding meat and dairy, or Canada’s new nutritional guide, which demoted meat and dairy from being food groups — are great examples of first steps which could be hugely influential. 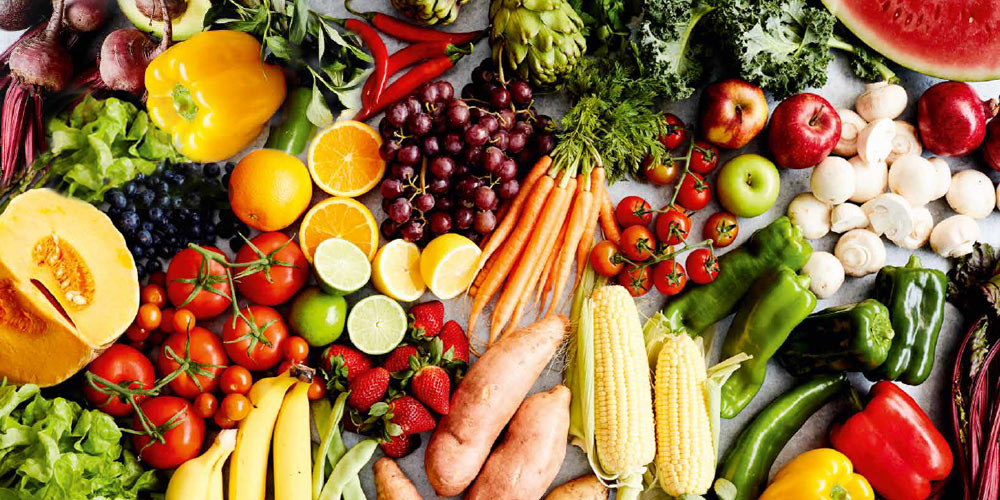 But the onus cannot be on consumers alone to change their own habits when the reality is that transitioning to a more sustainable world — and a more sustainable food system — also requires drastic and meaningful change from industries, corporations and governments.

A more sustainable world is a kinder world. But the climate justice movement needs widespread public and government support to drive this transition.

Knowing this, we are proud to add our voices to the climate movement’s rising calls for world leaders and governments to adopt policies that protect people, animals, and the planet.

We are proud to stand with the millions of people around the world who are challenging the profit-hungry industries responsible for so much of the systemic animal cruelty we exist to expose and end, as well as the rampant environmental devastation threatening our future.

Supporting the climate movement is not just our responsibility, it’s completely in line with everything (and everyone) Animals Australia stands for.

We support the climate movement because the climate crisis affects all of us. It’s going to take all of us doing our bit — in every way we can — to make a sustainable future a reality.

So what are the most effective ways for each of us as individuals to do our part to help?

We can shift the way we eat. Every day, more and more people are choosing to reduce their impact by cutting down or cutting out meat and dairy, and eating more plant-based food.

Taking the time to research and avoid resource-intensive or environmentally destructive plant-based foods (like palm oil) can be a valuable part of this, too — as can buying locally sourced produce, or, even better, flexing your green thumb and growing your own vegetables! You can do a lot with a little.

We can try to travel more efficiently by avoiding flying (especially internationally), and by going car-free in favour of carpooling, car-sharing, catching public transport if it’s accessible, walking, or riding a bike whenever we can.

Leading scientists have also suggested that having fewer children is a major way we can help mitigate the impacts of climate change. Research has shown that having one fewer child saves more than 58 tonnes of CO2 per year of the parent’s life. (NOTE: The carbon footprint of people living in developing countries is drastically lower than those living in first-world countries, so the impact of this choice is many degrees greater for people living in higher-income countries.)

The collective impact of our seemingly small everyday choices is huge. However, it’s also important to remember that while our choices as individuals can be powerful agents for change, the climate crisis is a massive issue that is going to require massive systemic change, too — and true societal change is going to come through collective action. Here are a few great ways to get active in your community:

A kinder world cannot exist until we recognise that compassion doesn’t discriminate — that we cannot separate our love of animals from our love and caring for the world around us, and for each other. We feel very fortunate every day to be supported by so many compassionate people who share our vision of a kinder world for all.

If you’re one of those people, thank you.
If you support the climate movement, thank you.

Here’s to the brighter future we are shaping by standing together.