It’s time to consider the broader societal impact of industries that foster an acceptance of animal suffering.

Every day on racetracks around Australia exhausted horses are beaten with whips in a bid to make them run faster, or rather, to punish them for slowing down when fatigue kicks in.

Horse behaviour expert, Dr Paul McGreevy calls whipping “the most visible form of violence to animals" in our society.

But it turns out whips are not the only cruel device being used to torment horses in the pursuit of a competitive advantage.

Melbourne-cup winning trainer, Darren Weir, was banned from the ‘sport’ in 2019 for four years after choosing not to contest charges of animal cruelty and corruption. The cruelty charge related to the alleged use of ‘jiggers’ — a hand-held device that delivers an electric shock to a horse to motivate a better performance on the track. 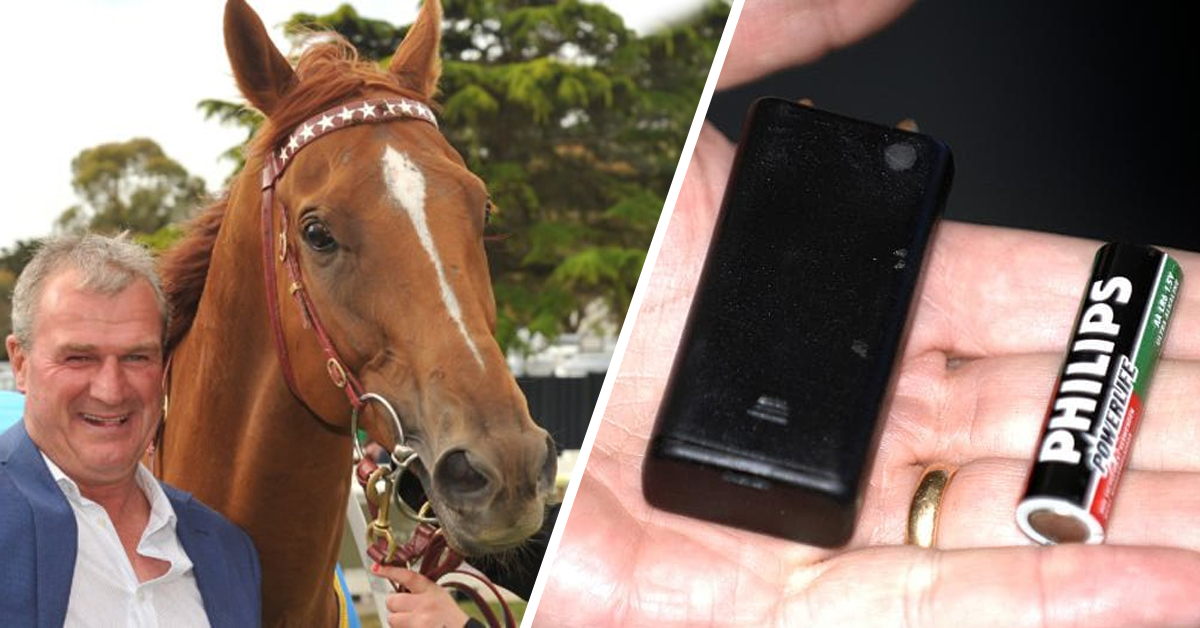 Disgraced trainer, Darren Weir, and a close-up of a ‘jigger’ used to shock horses into running faster.

Now, this is where we’ll drop the euphemisms. Jiggers are like tasers, and the idea behind them is truly appalling. They’re usually used in conjunction with a whip during training so when the whip comes out on the racetrack, the horse is intimidated into running faster because he is afraid he’s about to be shocked. 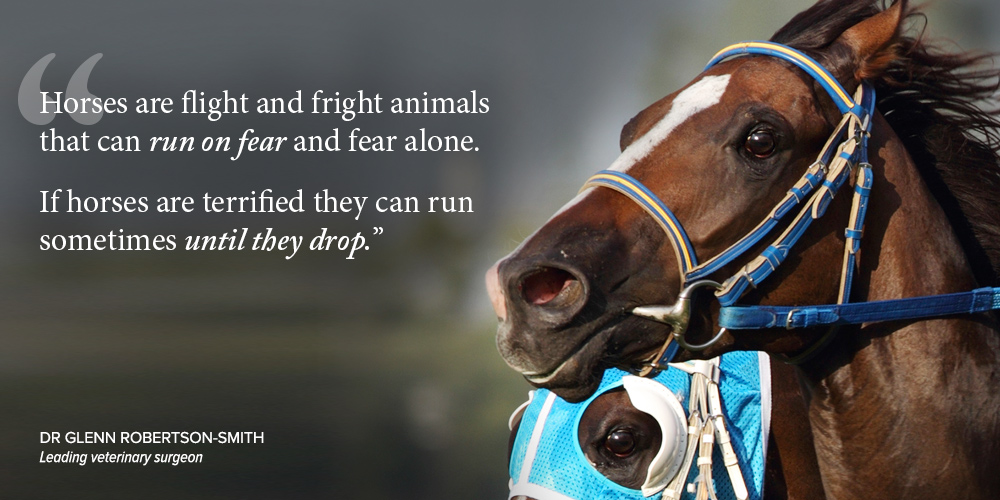 Whether whips or ‘jiggers’ — the idea of subjecting an animal to fear and pain in the name of sport and gambling is wearing thin on a society increasingly concerned about the treatment of our fellow species.

And, as The Age recently editorialised:

[PLUGIN type="quotation" quote="…one only has to look at the recent travails of the greyhound racing and live export industries to see what happens when a business becomes associated in the public mind with cruelty to animals."]

Animals Australia’s investigations spanning over a decade have revealed the animal suffering inherent to the live export industry. Our evidence has become a catalyst for major regulatory reform, and public and political pressure to end the trade.

And it was four years ago that our investigations into the greyhound industry lifted the lid on another brutal training method in Australian racing: live baiting. Shocking evidence captured across three states by Animals Australia and Animal Liberation Queensland investigators, revealed piglets, possums and rabbits being tied to mechanical lures and naturally gentle greyhounds being provoked to chase and maul them to death. 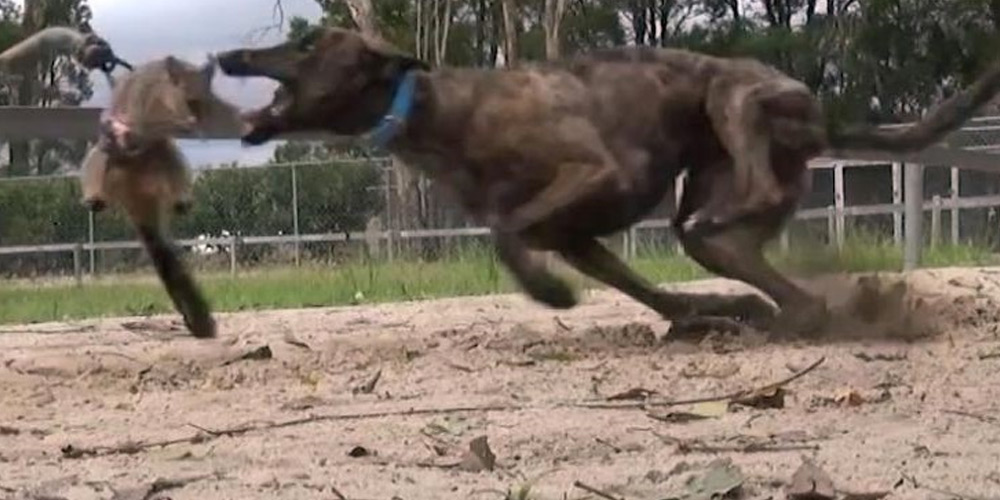 It was a dark period in Australian greyhound racing. Not because a few trainers were caught out committing grievous acts of cruelty. But instead, because the systemic and widespread practice of ‘live-baiting’ (‘blooding’) — an industry open-secret for decades — had finally been documented and exposed.

What we also exposed was the systemic failure of authorities to monitor and enforce not only the rules of racing, but also the rule of law. Racing boards were sacked, policing powers were strengthened and racing integrity units were established. Significantly, this renewed focus on integrity and enforcement applies to all racing codes, not just the greyhound industry.

And it’s this ramped up policing of Australian racing that led to the six month joint investigation by Victoria Police and Racing Victoria that uncovered cruelty and corruption in the stables of one of Australia’s leading thoroughbred trainers. Just how widespread these practices are remain unknown, but in recent days another major trainer was suspended after taser-like ‘jiggers’ were found on his property — this time, it was Queensland’s new Racing Integrity Commission that led the charge.

The exposure of live baiting didn’t end greyhound racing (though many believe it should have), but there have been far-reaching repercussions for the broader racing industry, which has historically enjoyed little oversight and unconditional government support. It’s clear that those days are now over. 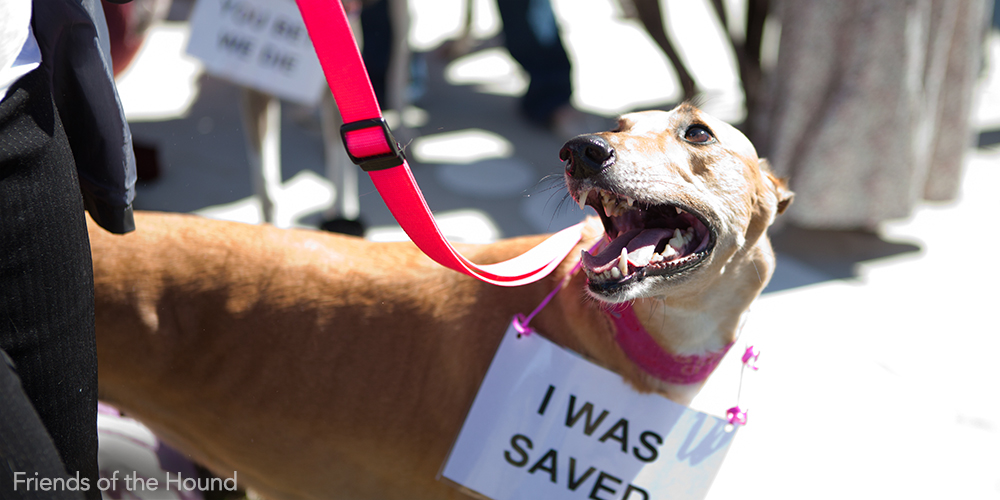 And as we’ve seen in the live export trade, the biggest risk to the survival of some of Australia’s cruellest animal industries is the public exposure of their routine practices. Add to this evidence of corruption, cheating, drug-use and law-breaking, then any public and political trust left is only destined to dip further.

It’s time to consider the broader societal impact of industries that foster an acceptance of animal suffering.

The Melbourne Cup should be the race that stops a nation — it should make us all stop and think about what kind of nation we want to be. If we all cast a vote instead of placing a bet then it’s highly likely we’d be taking some pretty big steps forward for animals in this country.

Thousands of caring Aussies have pledged to protect horses from cruelty by never betting on a horse race. You can join them by signing the petition here, and invite your friends to sign too by sharing the image below! 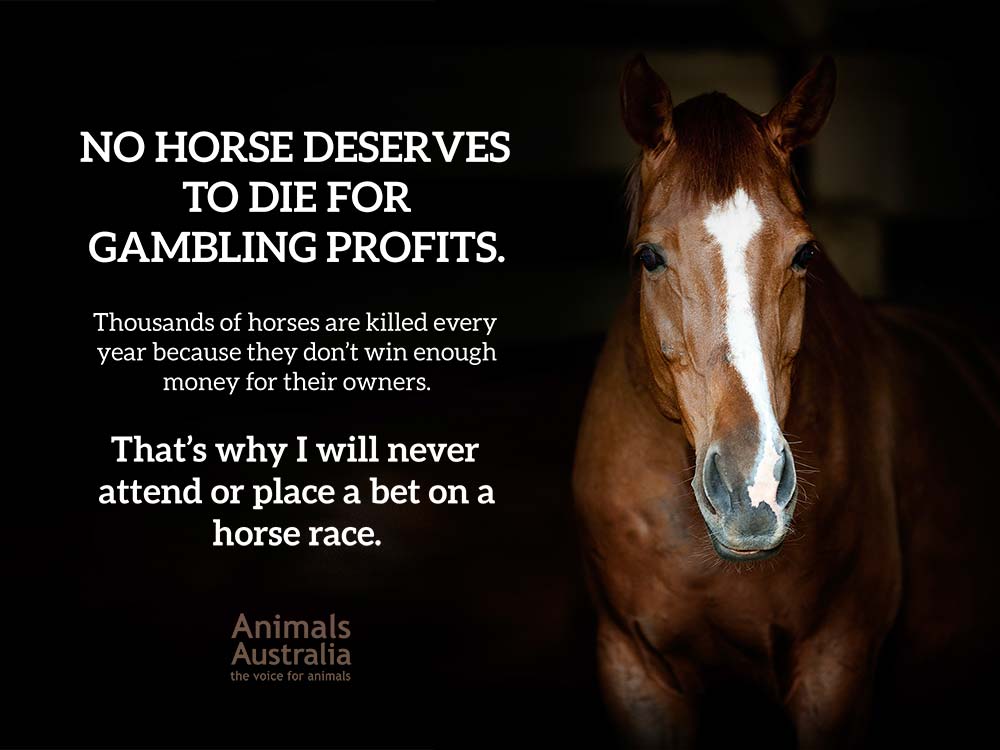