As wildfires continued to rage in Mongolia last year, bears fled the forests for their lives and the lives of their young. Before the last winter set in, mother bears in desperate search of food and shelter were shot by scared locals, leaving three cubs orphaned. Thankfully, these young brown bears were rescued by a kind soul, and with the help of Animals Australia supporters they have finally gone home.

The news of these orphaned bears reached us through a dear friend of Animals Australia, Her Royal Highness, Princess Alia of Jordan. A head wildlife ranger in Mongolia, Tumursukh Jal, had rescued the young bears and kept them safe over the harsh Winter, but needed our help to get them back to a safe habitat.

Thanks to supporters of our Emergency Grants Program, the three juvenile brown bears were successfully released, giving them back the opportunity to live long and happy lives.

The power of a kind heart

It was head ranger Tumursukh’s passion for protecting wildlife that made it clear that this was going to be more than ‘just’ a rescue.

Tumursukh has championed the protection of wildlife in his province and fearlessly enforces local wildlife and environmental laws. He travels through deep winter to patrol for illegal shooting and fishing, camps out in minus 20-degree temperatures to monitor how wildlife are faring the extreme conditions, and hikes with his team to provide the animals with food.

He is driving progress for animal protection that is, in many ways, leaps and bounds ahead of other countries including Australia.

Tumursukh took the orphaned bears in, and through the freezing Mongolian winter, he and his team kept them safe, healthy, and importantly, wild!  And even though a long-term solution was not immediately evident, it didn’t deter them from extending kindness to these animals in need.

Their new life in the Mongolian wilderness

During their time in care, our team worked with the rangers to ensure that the bears were being provided with a healthy diet and that they were retaining their wild behaviours.

Before being released, the bears underwent a thorough veterinary examination to ensure they were physically well and ready for life in the wild. Temporary GPS tracking collars were also fitted to monitor them for a short time, after which they will drop off.

The bears, accompanied by the rescue crew and officials from the Mongolian Environment Ministry, were flown by helicopter to one of the safest places for bears in the country, the protected region of Khuvsgul Ulaan Taiga. This area also happens to be one of the last remaining truly protected locations of brown bear habitat.

When their crate doors were opened, the bears ran free to begin their new chapter – life in the wilderness as they always deserved.

Helping these bears not only ensured their second chance at life, it uplifted, inspired and opened the hearts of an entire community in Mongolia. They will share the story of the rangers who protected and cared for three orphaned bears, and the Aussies who helped give them back their freedom.

A shared desire to help our fellow species

Navigating the logistics to get these bears home was no easy feat – but the project proved once again that compassion exists in every corner of the globe, as does the desire to collaborate for good. The ranger’s steadfast belief in what was possible had been elevated, through the kindness of people – Animals Australia supporters – from a country 8000 kilometers away.

Animals Australia is grateful for the assistance of the Mongolian Defence Ministry for allowing us to lease one of their helicopters to fly the bears through mountains inaccessible by land, and to the Ministry of Environment for granting permission to access the highly protected nature reserve.

The rescue team that helped make the mission possible included our wonderful vet colleagues from the Princess Alia Foundation, who we have worked with many times (including a previous bear rescue from a Jordan zoo), as well as dedicated local ecologists and a local vet who have all learned skills to ensure that future rescues are possible at a local level.

That globally renowned bear researchers, government members and the local community cheered for the bears’ safe release from the sidelines shows our vision of a kinder world for animals is shared. 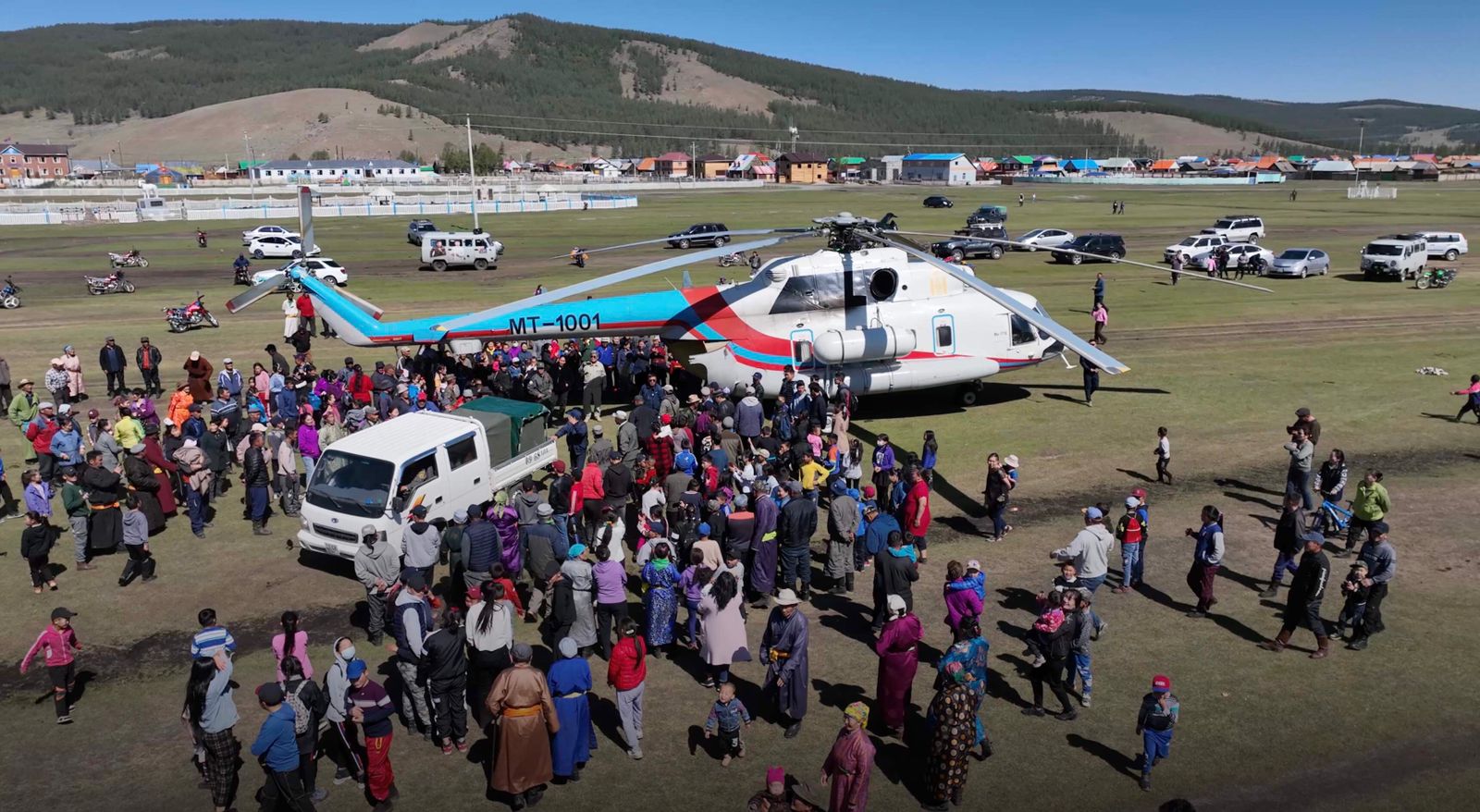 The helicopter had the locals and the rescue team beaming with excitement and hope for these bears.
Image Credit: Hamid Sardar 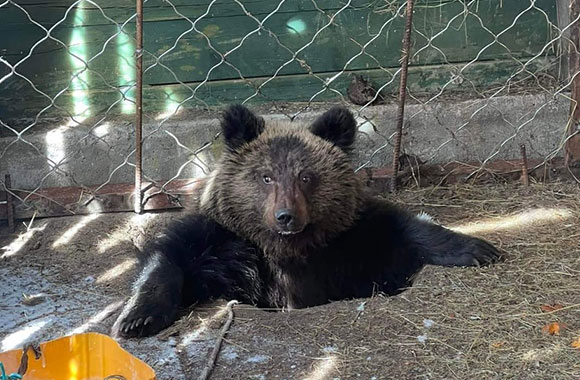 Tumursukh and his team kept the bears safe and healthy through the deep Mongolian winter. 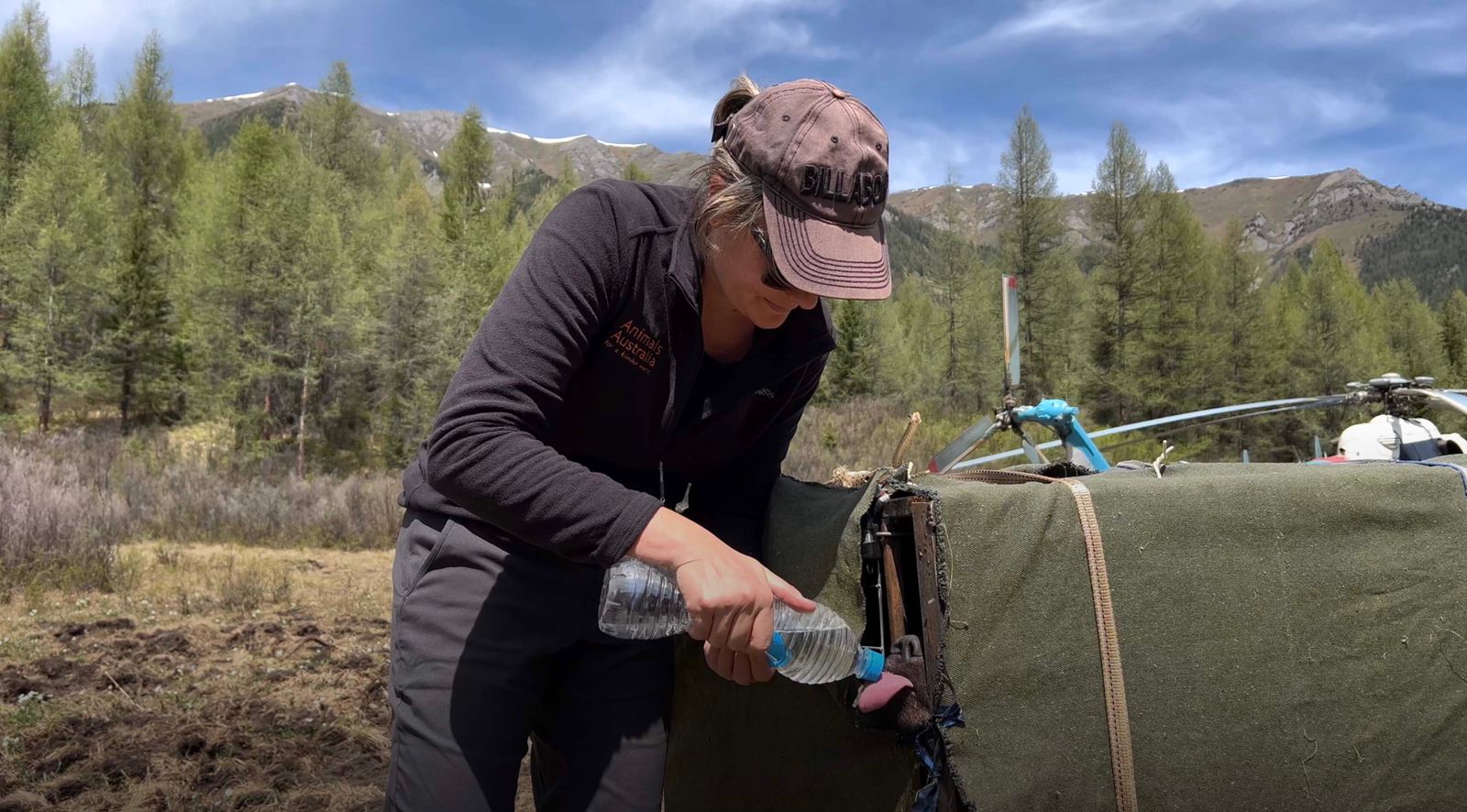 Animals Australia’s Director of Development, Louise was on the ground, assisting with the mission that took months to plan and days to accomplish. 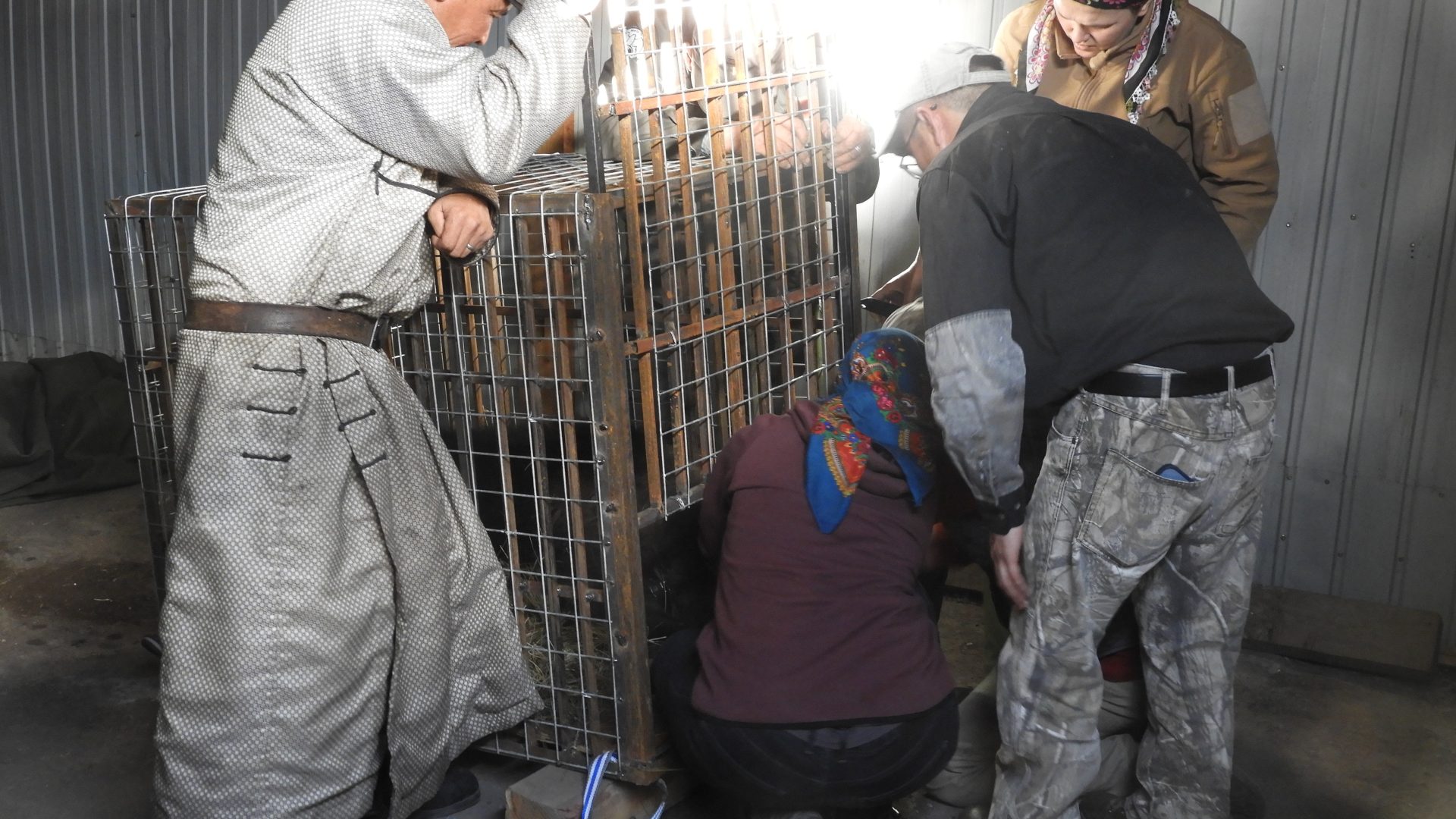 Animals Australia hopes to support the ongoing protection of these bears and wildlife in the region.

For the time being, we are continuing to monitor the bears’ progress and survival in the wild and advocate for rewilding projects to be supported locally should bears, and other wildlife, need help in the future.