Australians love the cats, dogs and other animals who share our homes. Here are simple ways we can protect pets.

Australians love dogs and cats. These companion animals are often our best friends and beloved family members. Over one in three Australian households include a dog, and one in four is home to a cat. Yet sadly, not every dog and cat in Australia finds a loving home. 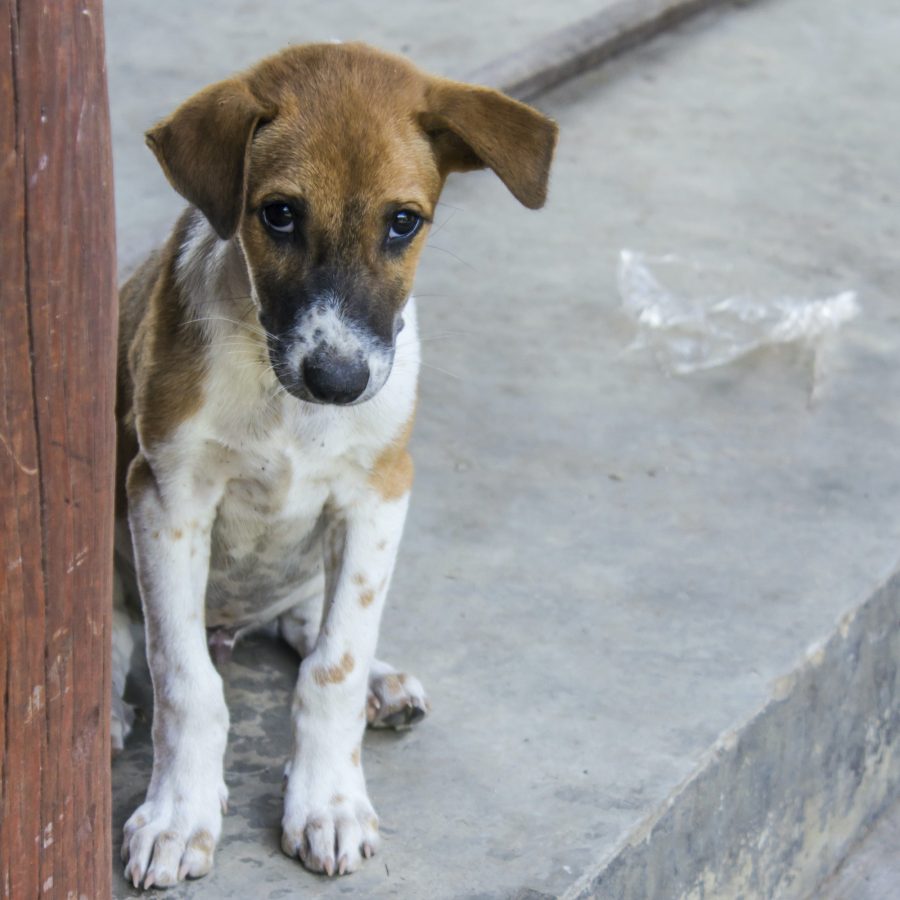 The fate of the homeless

It seems inconceivable that as a society we have come to accept the killing of thousands of healthy companion animals — rather than demanding proactive solutions by government to stop the unrestricted breeding and selling of companion animals and establish life-saving rehoming and desexing strategies. The role of killing homeless animals often falls to those who care most — the employees of animal shelters. This task can take a terrible personal toll.

So, why are there too many dogs and cats in Australia? 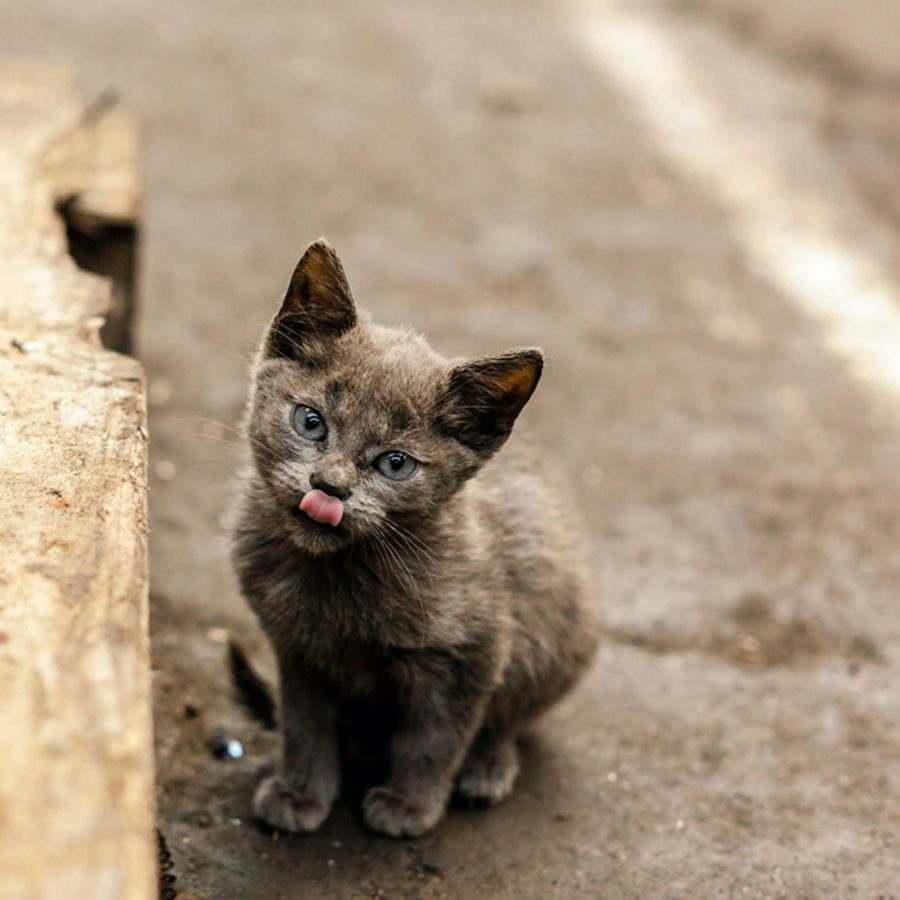 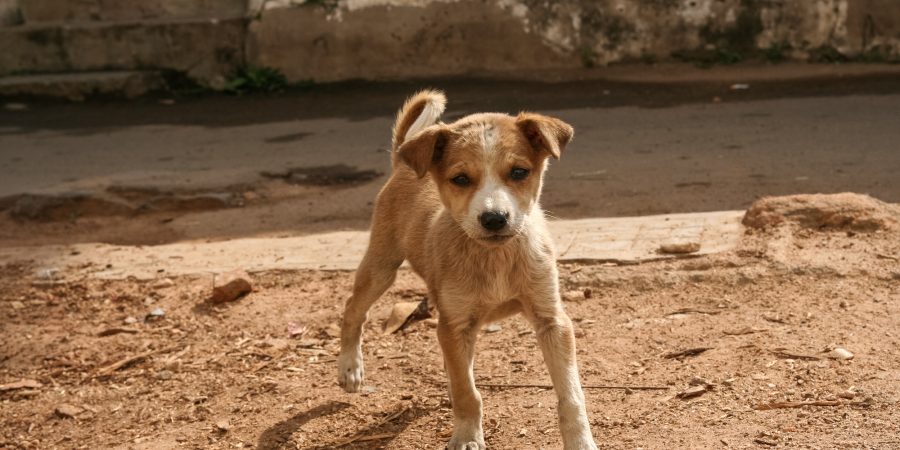 Unrestricted breeding of cats and dogs simply means that there are more animals than the number of responsible, loving homes available at any one time.

Cats breed seasonally, resulting in a “kitten tsunami” in the warmer months between November and April. While some surveys have shown that approximately 90% of owned cats are already desexed, unwanted cats and kittens are still being abandoned or surrendered at a rate that the community cannot rehome. The volume of cats and kittens in pounds and shelters during the breeding season means that many are killed due to minor curable health problems such as flu and ringworm, or socialisation issues such as being too timid or too assertive. There are simply too many to treat, and not enough homes for all the healthy ones. 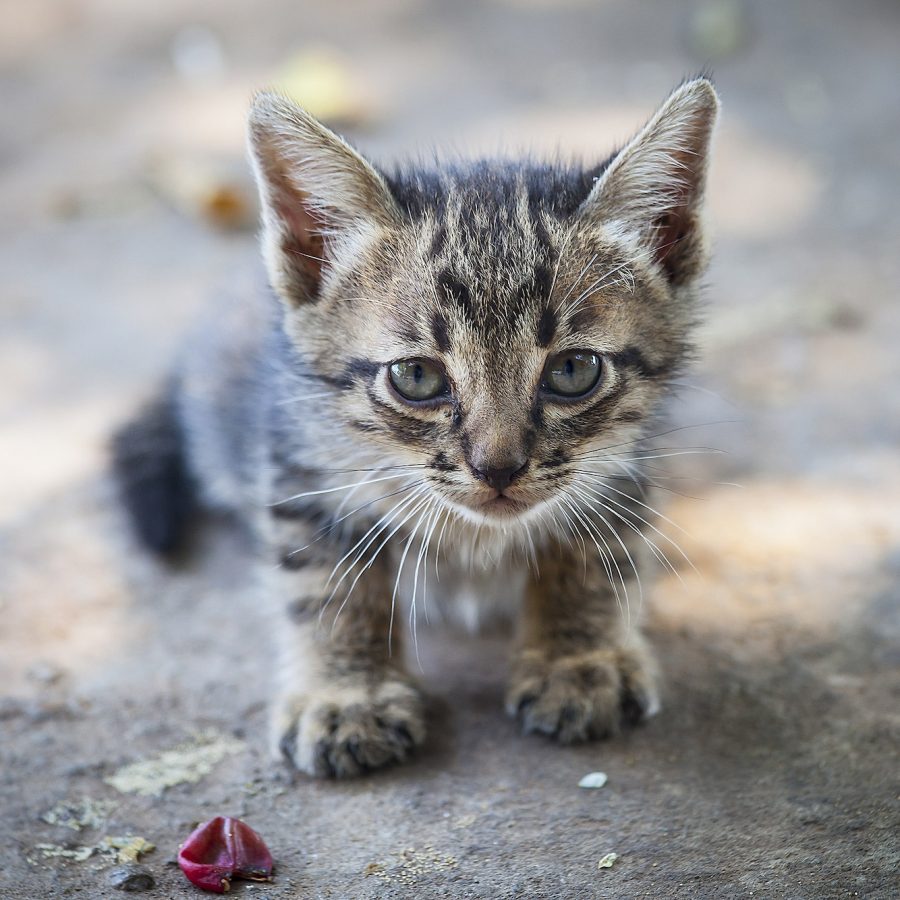 A Victorian survey revealed that 13% of cats had a litter prior to desexing. Many people do not realize that cats can be pregnant by 4 months of age. Most vet schools and veterinarians have been recommending the traditional 6-8 months of age for desexing, despite the benefits of early age desexing between 2-3 months. Most refuges and shelters desex all the cats and dogs they rehome at this early age, and research has shown it is just as safe and less stressful on the animal.

Here is some more information to help dispel myths about early age desexing. 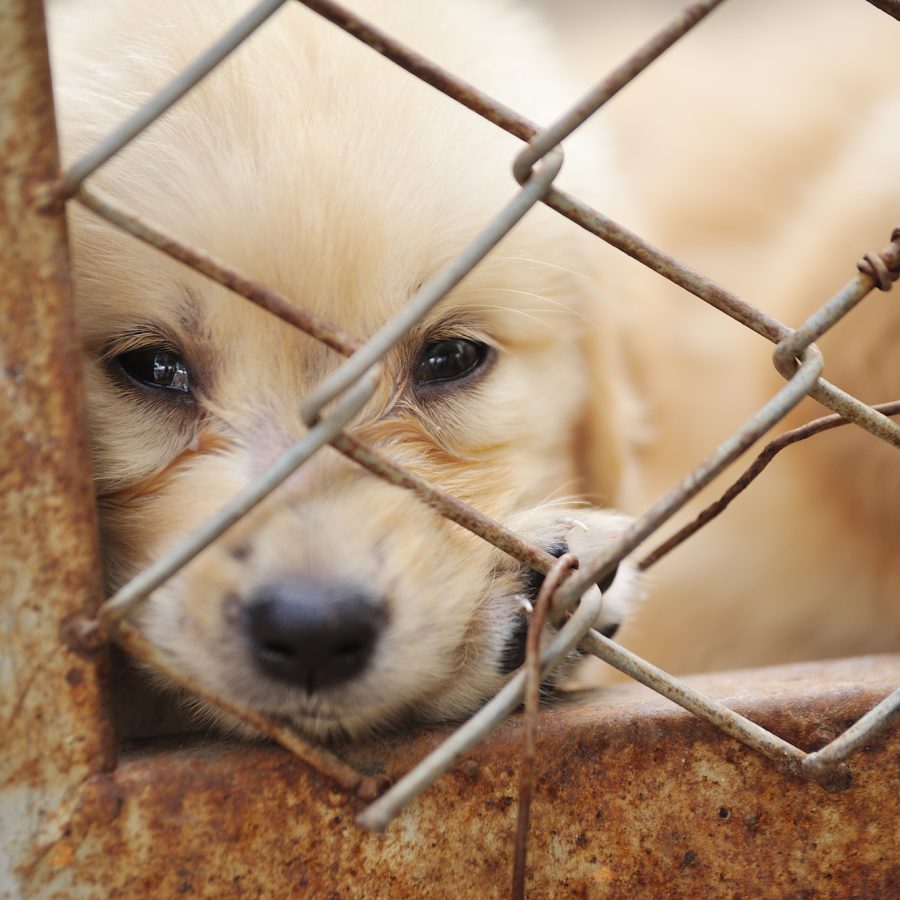 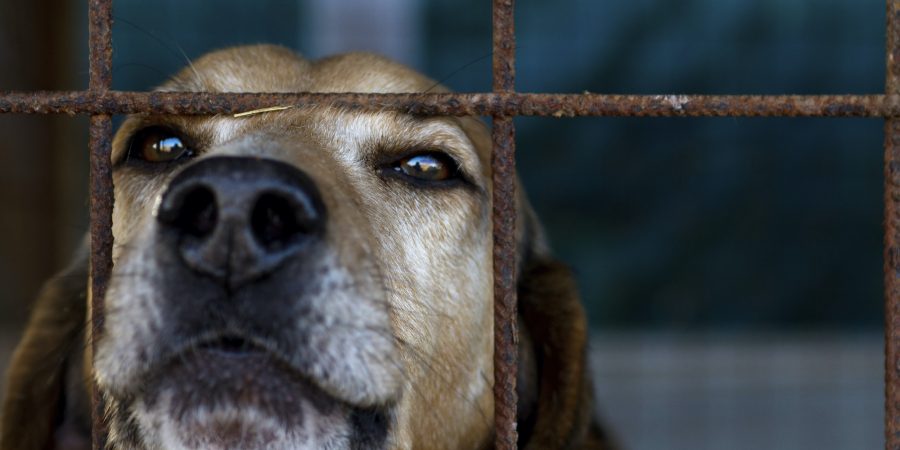 In ‘puppy factories’ around Australia, dogs are kept in terrible conditions and bred continuously for profit. Literally factory farms for dogs, puppy factories can be ‘home’ to dozens or sometimes hundreds of breeding dogs — who are denied everything that makes a dog’s life worth living. Typically kept in barren pens and lacking human interaction and affection, they have no ability to exercise, socialise or play.

Puppy farmers often focus on breeding popular or ‘designer’ breeds, often the poodle, shih tzsu and maltese cross varieties — the typical ‘white fluffies’ that look so appealing in the window of pet shops. However, as puppy factory investigations have exposed, popular ‘pure’ breeds including golden retrievers, pugs, huskies and beagles are sadly also bred in some puppy factories.

Tragically, it’s not only dogs who can be cruelly confined in intensive breeding facilities. Investigations have also uncovered the shocking treatment of cats in ‘kitten factories’ across the country.

Operators of puppy factories and commercially motivated ‘backyard breeders’ regularly sell through pet shops or online ads. Although more pet shops are moving towards rehoming on behalf of shelters, or only selling pet supplies, some pet shops continue to be primary supporters of commercial breeding enterprises.

Pet shops are regulated in different ways in each State and Territory — whilst some require the kittens and pups to be vaccinated, and some to be microchipped, pet shops are generally not required to desex prior to sale.

Not only does the selling of undesexed animals eventually contribute to the number of unwanted animals in shelters, but for every animal sold, equally healthy and deserving animals needing homes in animal shelters are on death row waiting for someone to adopt them.

The term ‘registered’ breeder in Australia is often confusing to the general public as there are many different types of registration. Some breeders are registered with a state-based pure-breed dog or cat organisation. These organisations have a Code of Ethics with which their members are meant to comply. However these organisations have rarely applied resources to inspect their members to check that they comply, and ensure that they are de-registered if conditions are poor or overbreeding is occurring.

Some breeders are registered with their local government. However different rules apply in different states and even between cities and shires as to the minimum number of dogs or cats a person can breed from before they have to register as breeders. Members of recognised breed organisations are often exempt from government registration.

Inspections of these establishments by local governments may only be when there is a complaint. Other councils require an inspection based on regulated Standards prior to the issuing of a Breeder Permit (eg. Gold Coast City Council). However the standards and guidelines for breeding establishments also vary between states, and between cities and shires.

Another contributing factor to the killing of cats and dogs in pounds and shelters is the lack of identification. The majority of cats who enter pounds and shelters can be handled by humans which means they have been owned, but their owners have not been identified.

This means they cannot be returned to their family, which adds to the oversupply and the “euthanasia”. Only about 5-10% of cats are reclaimed from pounds and shelters by the owners; whereas up to 70% of dogs are reclaimed.

‘Urban myths’ abound about breeding: many people believe a cat or dog should have a litter before being desexed, that it is unfair to desex their cat or dog, that it’s cute for the children to see a litter born, or that breeding is a great way to make a few dollars. Whether by mistake or (well intentioned, but misguided) design, the little ones bred in the ‘backyard’ are then sold, given away, foisted on friends and relatives or end up in animal shelters. For each one that finds a willing home, the hidden effect is that the ‘adoption pens’ at the many shelters across Australia remain overcrowded, and the ‘killing rooms’ are kept busy. 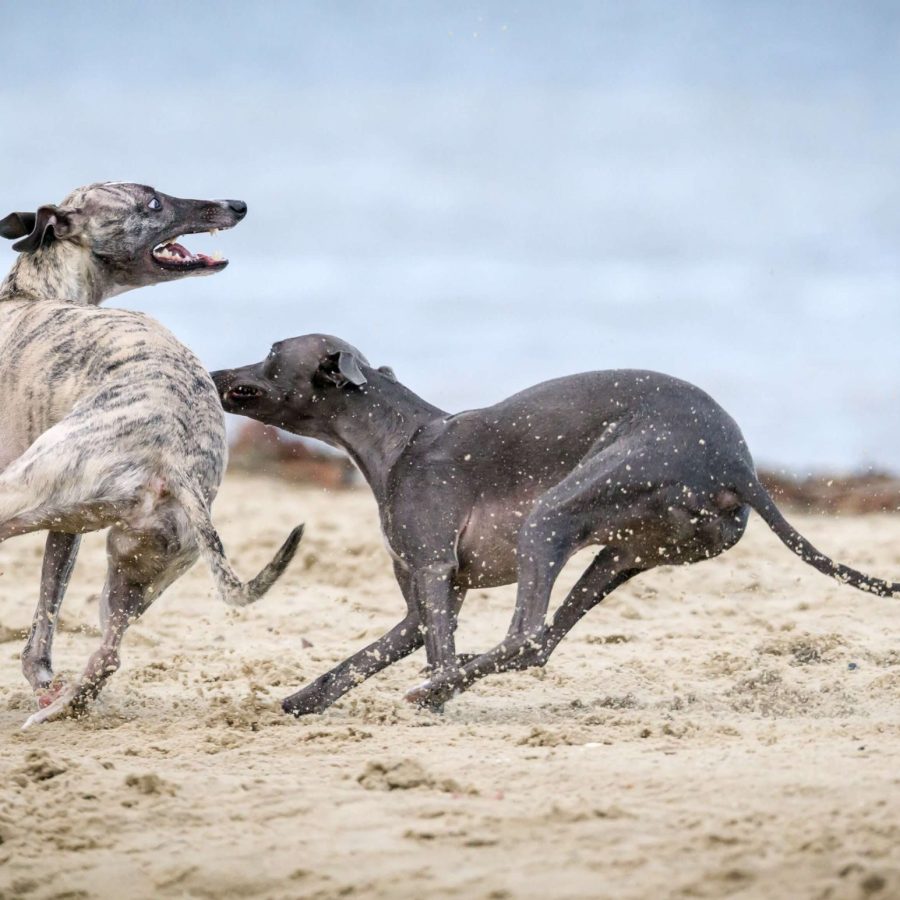 Too many of some
breed types

In many areas, there are too many of some breed types of dog, particularly working dogs and larger dog breeds, for the numbers of suitable homes available in urban areas. There are large numbers of undesexed dogs and cats in rural and remote communities where there can often be a lack of services. Many dogs are euthanised based on unsuitable behaviour, due to not being socialised and positively trained by their owners.

Dogs and cats are also being surrendered due to a shortage of pet-friendly accommodation when people move.

There are solutions; ways to help end animal homelessness 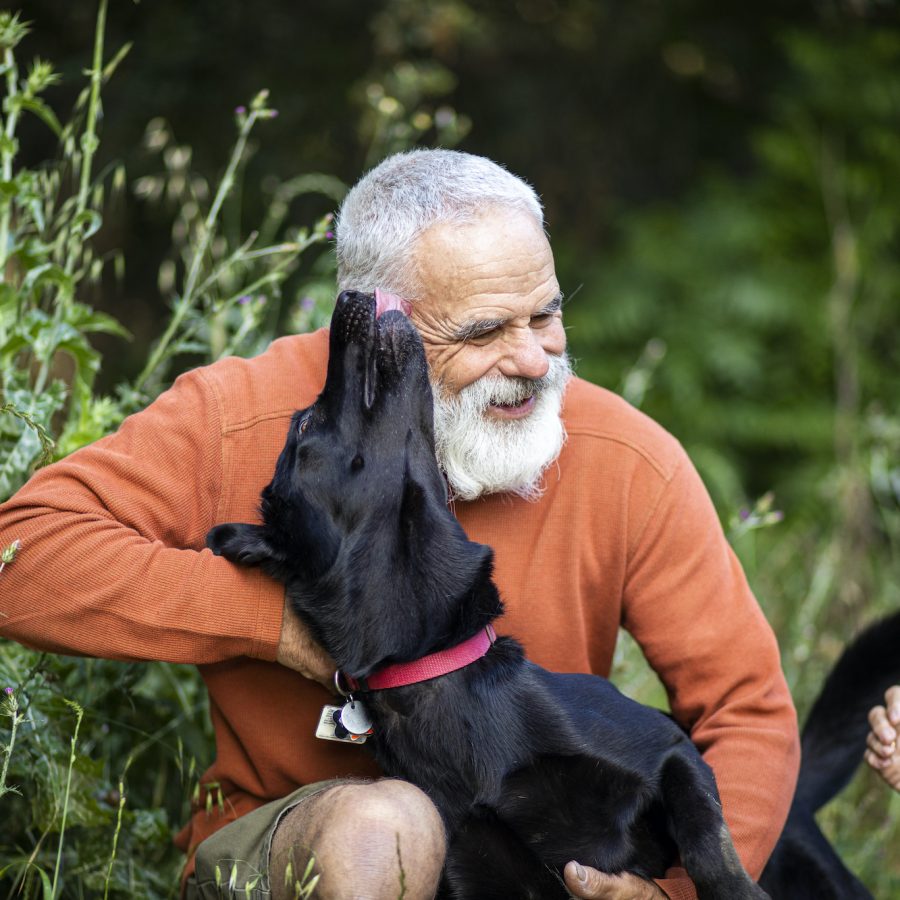 Since animals are traded across borders, a nationally consistent Breeder Permit system is needed for anyone who breeds cats or dogs. This should include:

Desexing prior to sale

If puppies and kittens between 8-10 weeks are required to be desexed before they are sold or transferred to their new home, they cannot contribute to the current overpopulation. This needs to be a national approach, introduced via each State’s legislation, and enforced by Local Government officers with assistance from animal welfare agencies. It should be included as a requirement in Breeder and Pet Shop Permit systems. Desexing exemptions should be provided only if breeders with permits are supplying the animals to other breeders with government permits (of purebreds, and mixed breeds) who abide by responsible breeding standards and guidelines.

All pounds, shelters and rescue groups should be required by State law to desex all cats and dogs, puppies and kittens prior to rehoming.

Well promoted government subsidised desexing programs are essential to help financially disadvantaged owners of cats and dogs to desex their pets, and avoid unplanned breeding with the introduction of Breeder Permit systems. These have been successfully developed in conjunction with local vets and animal welfare groups in a number of cities. 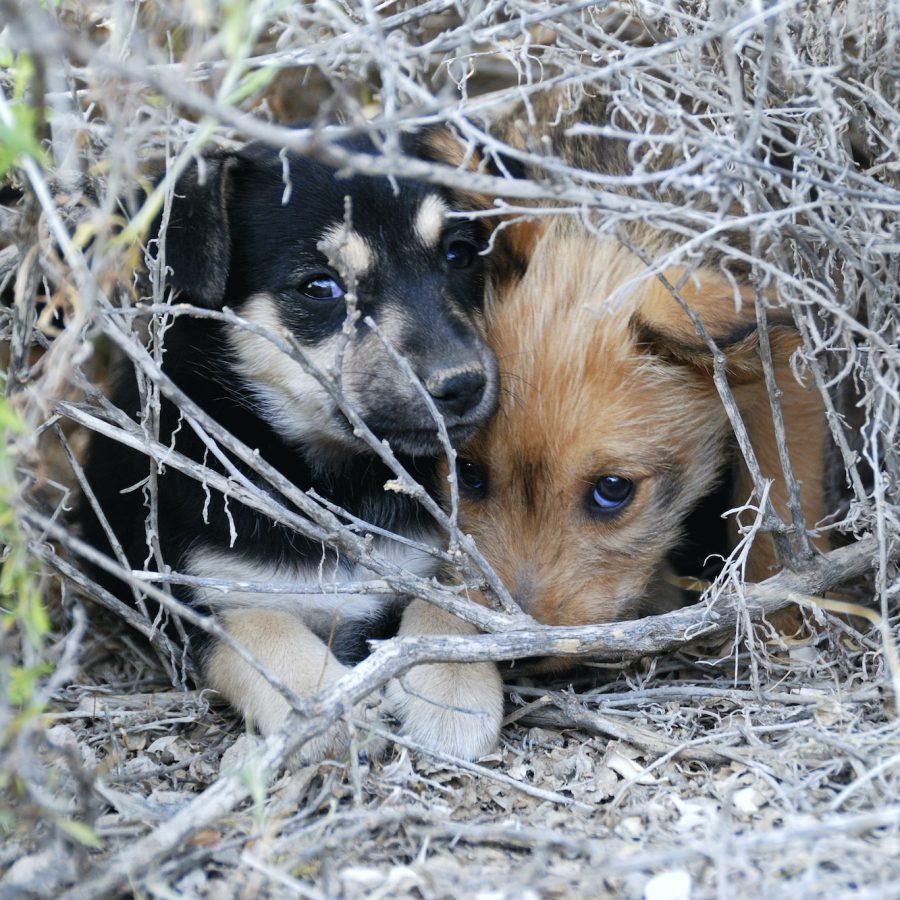 Since June 2006 Animals Australia has co-sponsored the biennial National Summit to End Pet Overpopulation. The Summit, organised by the Animal Welfare League of QLD and the National Desexing Network, is attended by delegates from all Australian states and territories and New Zealand, who are united in their efforts to end the killing of approximately 200,000 healthy cats and dogs in Australia each year.

Outcomes from the National Summit

A key resolution for action has been for: breeder legislation to require independent inspections based on enforceable standards for the care and rehoming of breeding animals and their litters; microchipping which records the breeders’ details; and, desexing prior to sale or exchange of kittens, recognizing that overbreeding of cats is a major problem that urgently needs to be addressed.

Other resolutions have been that a National Coalition be formed; that common national data be coordinated and gathered; that understanding and training of veterinarians in early age desexing be pursued; and that a Policy Development Committee on free living cats be formed.

The Australian Getting to Zero movement was launched at the 2011 Summit to provide ongoing access to effective strategies for government pounds and animal welfare shelters through an interactive website and support network. 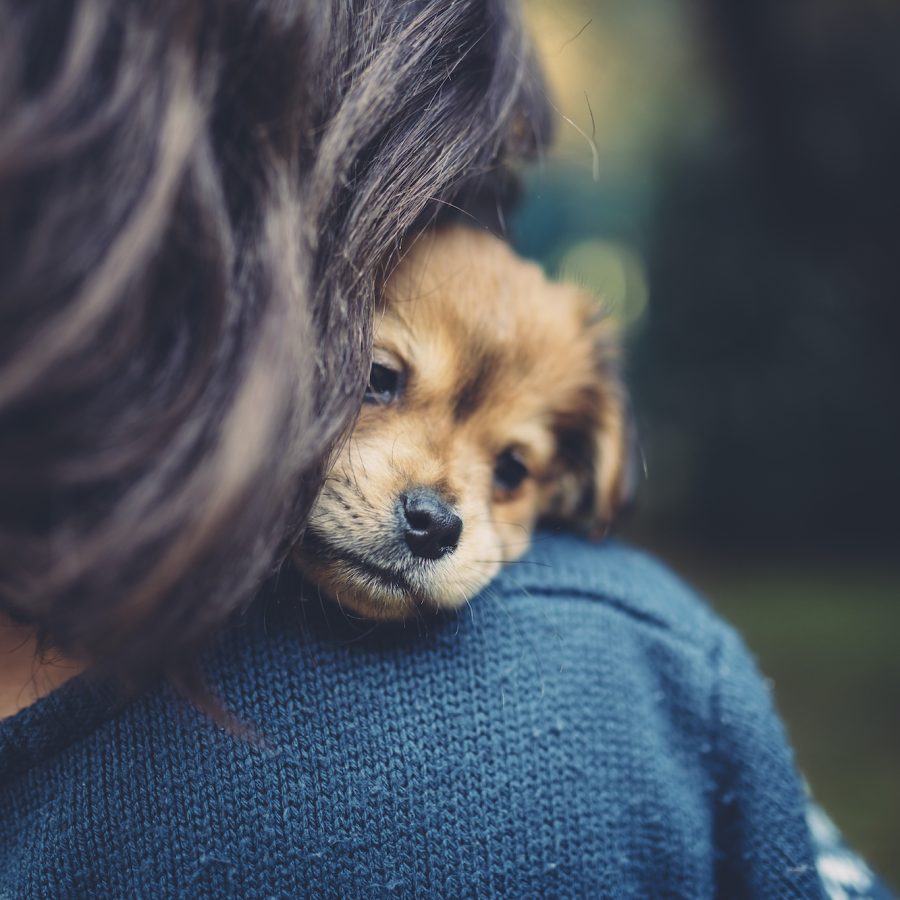 What you can do to help

Make the pledge to adopt