What is factory farming?

Factory farms deny animals all quality of life; and only exist because so many animals are being eaten. Find out how you can help end the cruelty.

Every year in Australia, millions of hens, chickens and pigs are kept locked up and hidden away in factory farms. These intelligent animals are denied everything that makes life worth living. Many people are shocked to learn that ‘farmed’ animals aren’t shielded from cruelty by the same basic laws that protect the cats and dogs so many of us share our homes, lives and hearts with.

This means intelligent, sensitive animals can be severely confined for their entire lives, and be subjected to invasive surgical procedures without being given any pain relief. Such treatment of an animal deemed by laws to be our ‘friend’ rather than ‘food’ would be a prosecutable offence. 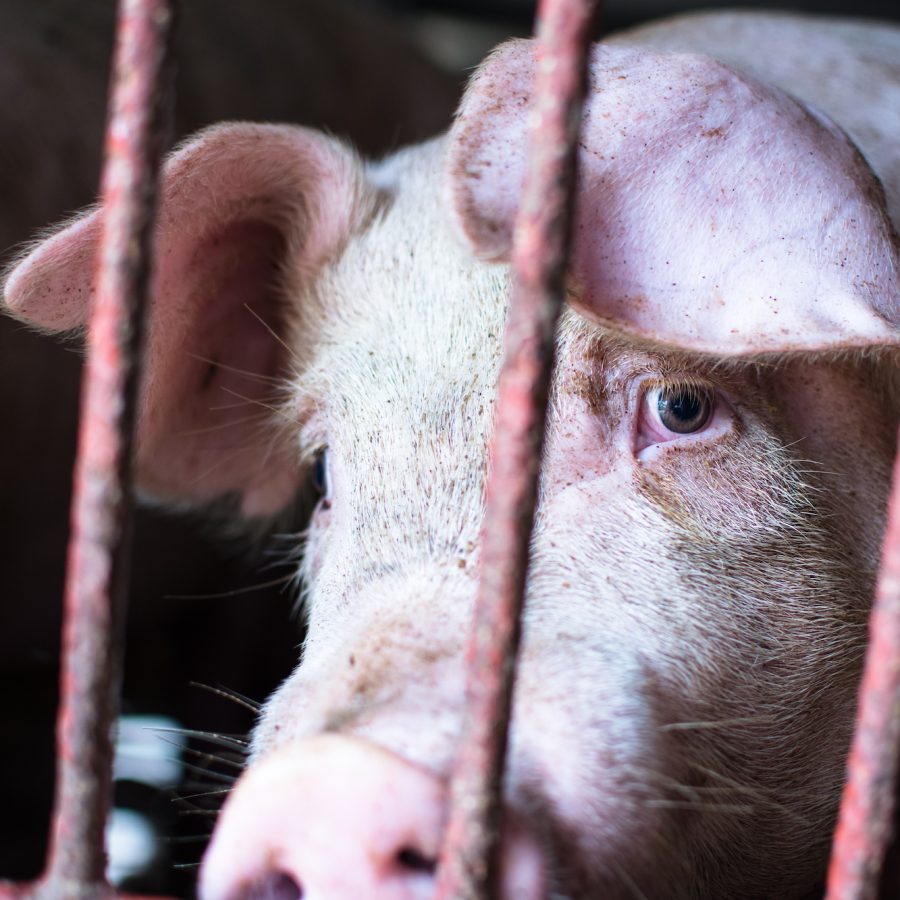 No quality of life

One of the worst results of this moral and legal double-standard is factory farming: a term used to describe the intensive farming of animals in a system that is designed to maximise output while minimising costs. 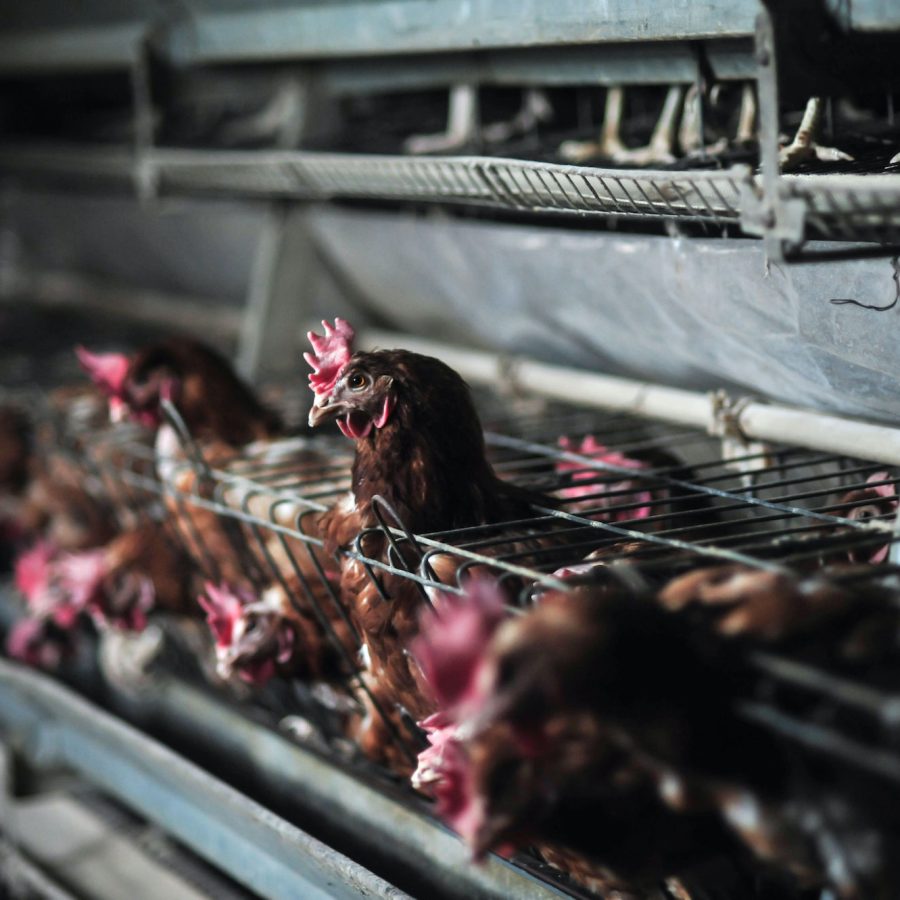 It’s a method of farming that prevents animals from being able to express their full range of natural behaviours, and fails to meet their most basic social, physiological and psychological needs.

The first opportunity most of these animals will get to view the outside world — the world in which they were meant to live — will be on the last day of life as they are trucked to slaughter.

Billions of animals are factory farmed,
every year

Of the more than 70 billion animals raised and killed for food each year, more than two-thirds are factory farmed. Pigs and chickens are the animals most commonly raised in factory farm conditions, however, many other animals are also subjected to this way of farming including turkeys, rabbits, ducks and even fish like salmon and trout who are mostly raised intensively in sea cages. Fur-bearing animals like chinchillas, mink and foxes are also often factory farmed for their pelts in overseas countries. 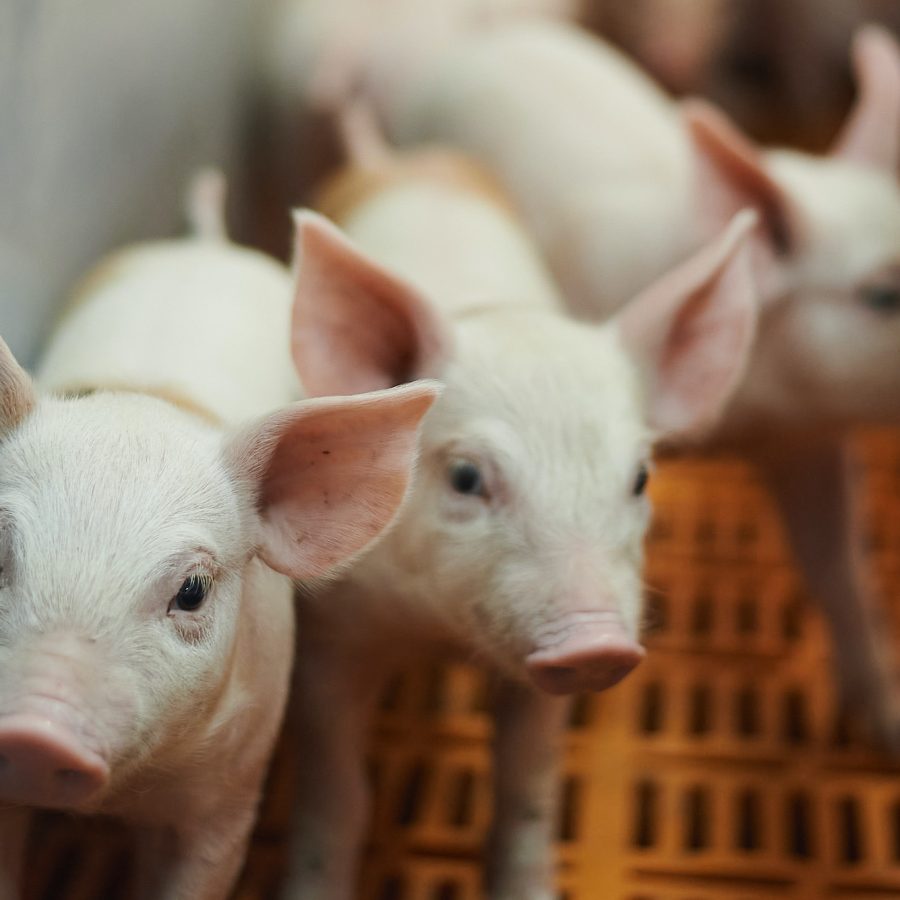 Meeting the demand for meat

Put simply, factory farming exists because too many animal products are being eaten. Current consumer demand for pig, chicken and egg products can only be met through these intensive farming methods.

And the drive for more and ever-cheaper meat, milk and eggs is only fueling what has become the biggest cause of animal cruelty and suffering in the world today.

Factory farming practices have been ‘legalised’ in Australia under industry-developed ‘Codes of Practice’. These codes enable animals raised to be eaten (or for their skins or fur) to be excluded from the same legal protections afforded to our pets. This is despite the fact that all animals share the capacity to suffer.

This type of farming, while denying animals quality of life, has also required farmers to modify the bodies of the animals so that they can ‘fit’ into these production systems.

For example, the tips of the beaks of egg-laying hens are often seared off with hot blades or lasers and turkeys have toes cut off to reduce the excessive feather pecking and cannibalism that can occur amongst over-crowded birds. Similarly, piglets may have their teeth clipped and tails cut off, legally without pain relief, to reduce injuries caused to each other as a result of close, crowded confinement in their pens.

All animals share the capacity to feel joy, to fear and to suffer. That’s because… 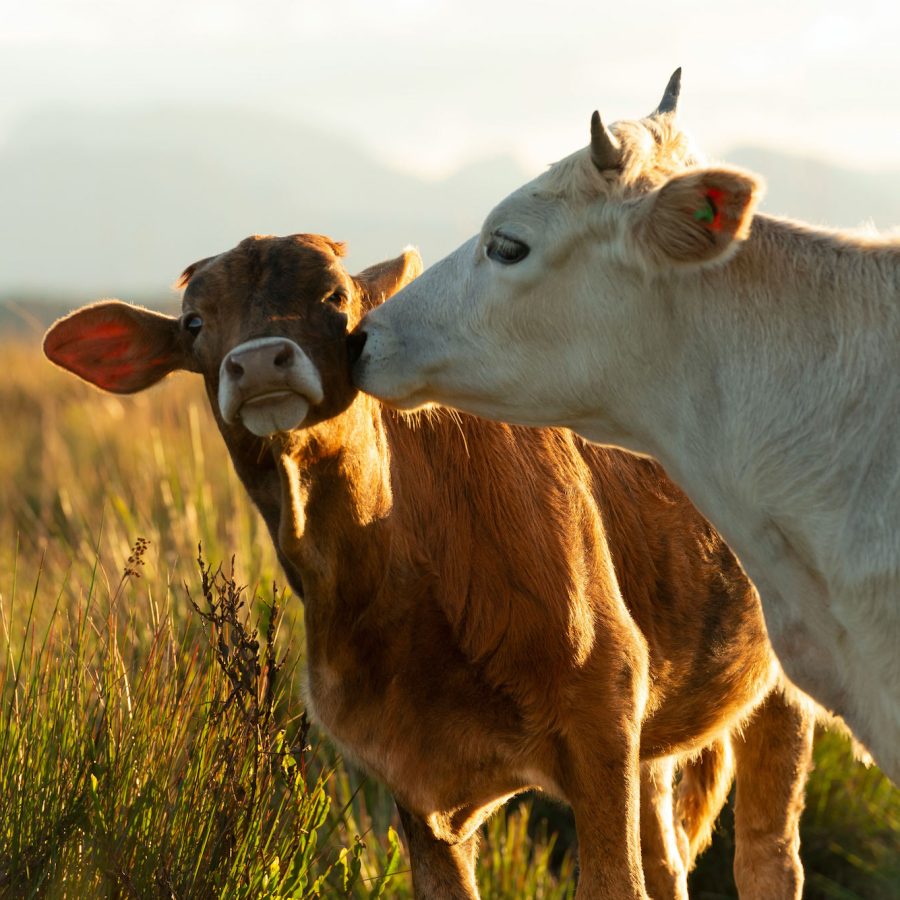 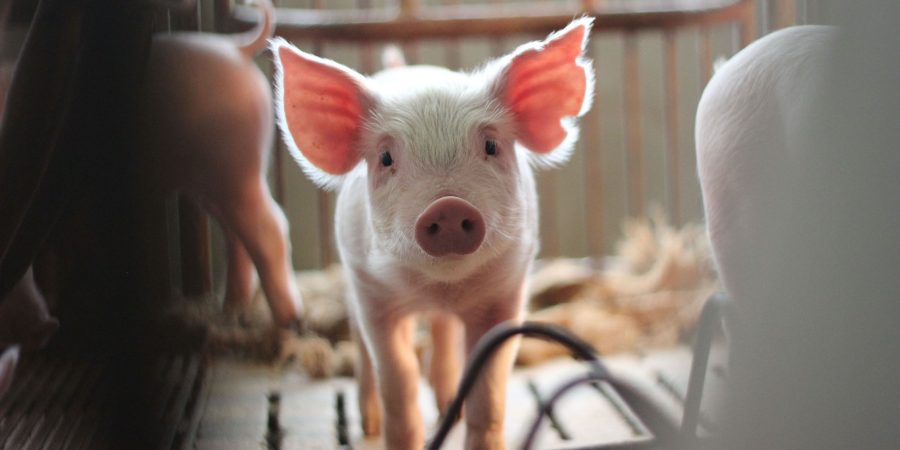 Most of us are taught to think that ‘farmed’ animals are all the same — however the reality is that every animal is a unique individual. When given the chance, these animals will befriend us, just like dogs and cats do. They have the capacity to show affection, to experience joy — but most importantly, they can also suffer.

For 40 years, Animals Australia has sought to create change for these animals. But governments prioritise industry interests and ignore the animal suffering inherent in farming systems.

By using your power as a consumer, and making the kindest choice, you can bring these animals back into our circle of compassion. And the great news is that we live at a time in which there is an abundance of plant-based food alternatives on offer.

Choosing them is the ultimate act of kindness to animals. Choosing them will inspire a new way of thinking and heart-based living.