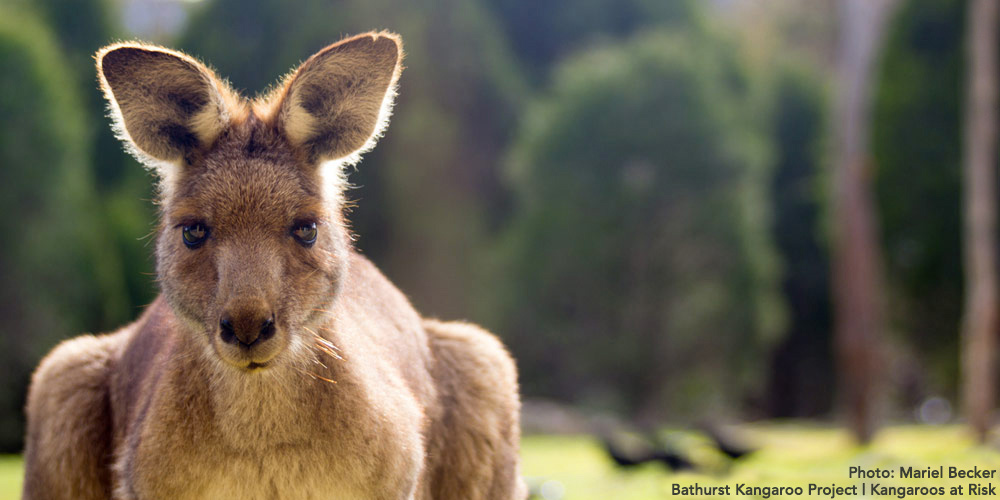 Things you can do to actively create a kinder world for wildlife:

Government-sanctioned kangaroo killing has been largely hidden from the public eye – carried out as darkness falls across the outback. Now, the shocking treatment of our native icon has been given the urgent attention it deserves in a confronting ABC 7.30 report.

Although kangaroos are a ‘protected’ species under various national and state wildlife laws, it shocks many people to learn that these protections can be lifted with government exemptions – and millions of kangaroos are suffering as a result.

For the first time in recent years, the NSW Government has been called to account regarding the mass slaughter of kangaroos in that state. The Parliamentary Inquiry examined kangaroo shooting for both commercial purposes and ‘population management’.

The inquiry report flags serious animal welfare concerns. In addition to kangaroos being wounded and left to suffer, current laws allow the decapitation and bludgeoning of joeys to death when their mothers are shot. And those joeys who escape face a grim fate, too – left to starve, suffer from exposure or be taken by predators.

Submissions to the inquiry made it clear such treatment of joeys is ‘abhorrent to many individuals’.

The report’s findings also expose a lack of oversight when it comes to regulation. According to the ABC, leaked documents reveal concerns about the way the kangaroo ‘management program’ is policed with high numbers of reported conduct breaches not penalised. And due to counting methods that lack transparency, there are also fears that official estimates of kangaroo numbers could be hugely inflated.

Protecting these precious animals is of great importance to Australians – demonstrated by the response of caring people across the nation during times of fire and disaster. To ensure kangaroos continue to exist alongside us without suffering, our politicians must extend to them the legal protections they deserve.

Other ways you can help kangaroos