Animals in zoos: the truth behind the captive animal industry.

Animals are at the centre of business models for zoos, and sadly, the ones who pay the ultimate price. Find out more about the true cost of captive animal trades.

We hear a lot of things to justify keeping animals in zoos. But are these justifications based on fact, or are they simply what zoos would have us believe?

Here are 4 things we hear about animals in zoos, and why we should think twice about them.

COVID-19 update: The global pandemic is placing animals around the world at  risk, including many in zoos and aquariums. Without ticket sales, these captive animals may become economically unviable, with some even potentially slaughtered to feed others — a tragic extension of usual “surplus management” euthanasia practices discussed below. And for those who do survive this period of the pandemic, sadly every day will likely continue to be an ongoing “lockdown”. You can help by choosing animal-friendly entertainment and supporting conservation groups or seeing animals in the wild.

Whilst some zoos may contribute in small ways to conservation projects, the vast majority of animals in zoos are not on the endangered species list, and the ones who are will likely never be rehabilitated to their natural habitat. A study conducted by Captive Animal Protection Society (CAPS) found that almost half of the animals in breeding programs in the EU were not even endangered in the wild.

Former zoo director David Hancocks estimates that less than 3% of a zoo’s budget goes to conservation, while the majority goes towards “hi-tech exhibits and marketing efforts to lure visitors.” 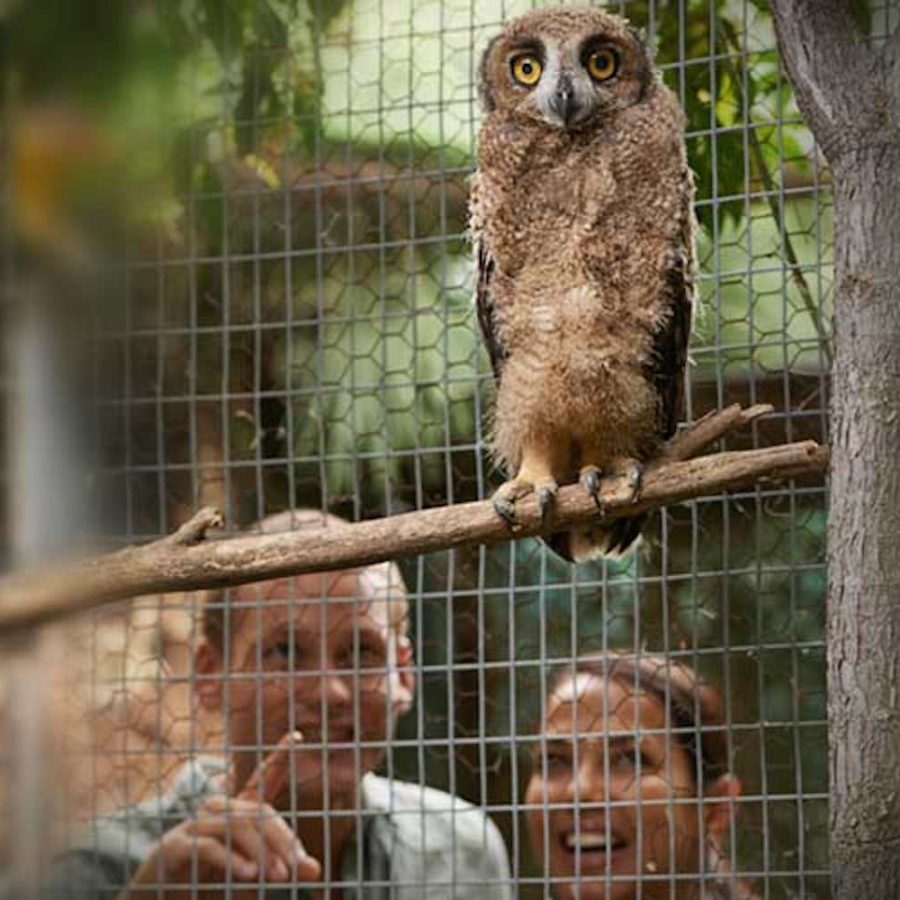 Most zoos exist for profit

The truth is that most zoos exist primarily for profit. One of the biggest draw cards for zoos is baby animals. Babies will often be bred even when there isn’t enough room to keep them, inevitably resulting in “surplus” animals in zoos. Surplus management strategies are one of the best-kept secrets of modern zoos. In 2014, the world reacted with shock and outrage when a healthy 2 year old giraffe named Marius was killed  because he was unsuitable for breeding. He was cut up in front of spectators at Copenhagen Zoo and fed to lions, despite offers of a new home.

In response to widespread criticism, Copenhagen Zoo’s Scientific Director Bengt Holst defended the decision, saying that the zoo had a surplus of giraffes and that this is something that’s “done every day“, just not in the public eye. Just a short time later, Copenhagen Zoo was in the news again for killing four healthy lions to make room for a new male lion they wanted to breed. The relevant zoo standards in Australia would allow a similar judgement to be made about ‘surplus animals’ in zoos here, but these ‘management’ decisions are rarely made public.

Zoos also routinely trade and relocate animals who they deem to have outlived profitability or who no longer fit into breeding schemes. Trading animals with other zoos can be extremely stressful for the animals who are relocated, as they leave behind social bonds and surroundings they have grown accustomed to.

Just like SeaWorlds and other marine parks, for zoos, the interests of animals often comes second to attracting visitors and making money.

Myth 2: ‘Zoos are the best way to learn about animals’

A zoo can teach you about how animals behave when held in captivity but will teach you very little about the behaviour of animals in the wild. Even though most modern zoos make efforts to offer animals a more natural environment, most captive animals in zoos are unable to live in a way anywhere near to what they would naturally, and some may even be on medication to alter their behaviour. (See point 4.) 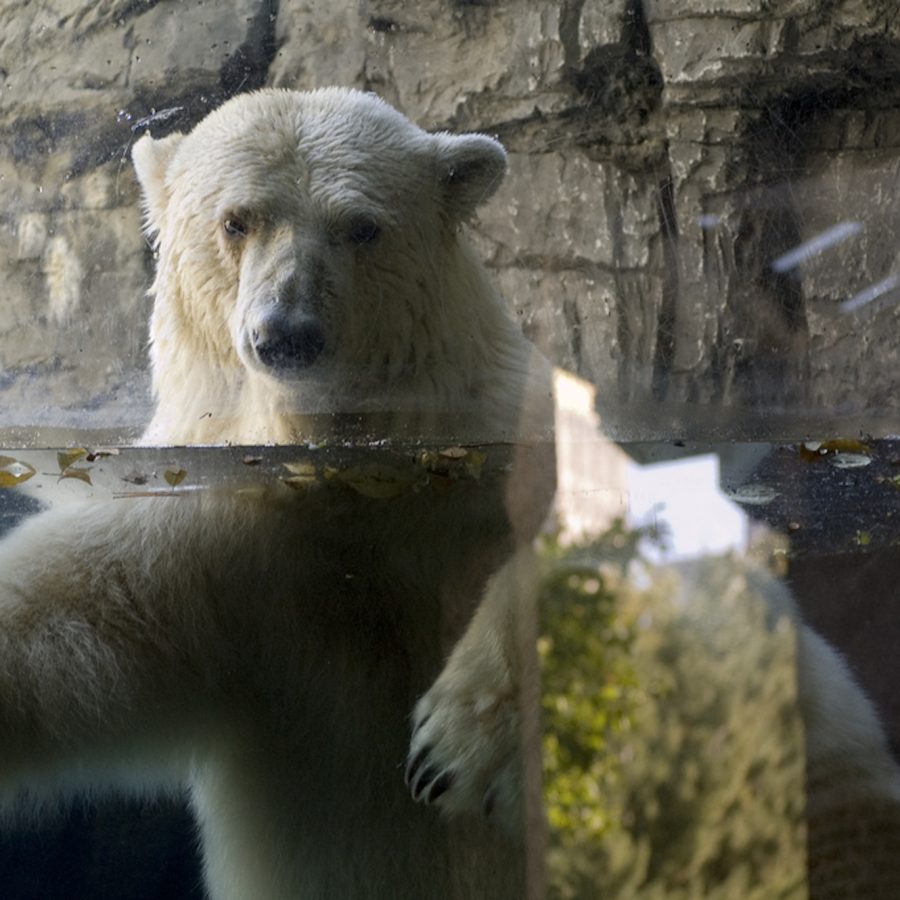 In the early days of zoo popularity, television was far from an everyday reality for people. Today, with enlightening and informative nature documentaries, interactive online educational tools and the increasing ease and affordability of international travel, we have the opportunity to learn about animals by viewing them in their natural habitat.

“Learning” about animals by keeping them locked up is not only ineffective, but it is also obsolete. Click here for a list of 10 amazing places to see animals in the wild and here for must-watch animal and nature documentaries.

The best way to learn about animals is in their natural habitat, at a legitimate sanctuary, online or in a nature documentary. 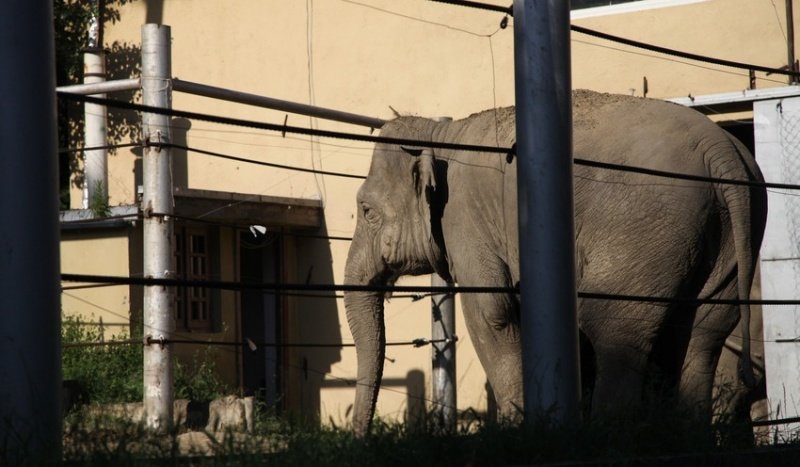 There is nothing natural about a penguin, giraffe or elephant living in the middle of a city, thousands of kilometres from their natural habitat. We’ve come to accept this as part of normal society. It’s only when things go wrong that we’re reminded that a zoo is no place for an animal.

In 2015, a flood in Georgia destroyed enclosures at the Tbilisi Zoo and dozens of frightened animals escaped into the streets, including lions, bears, wolves and a hippo.

Wild animals belong in the wild

We have been born into a society that accepts animals in zoos as commonplace but the invention of the zoo dates back thousands of years — to an era when people who looked different were also put on display. We now have unlimited options for entertainment, not to mention a greater understanding of the sentience and needs of animals. In today’s society, ogling at animals in zoos behind glass seems crudely outdated. Certainly it’s unnecessary and rarely (if ever) in the animals’ best interests.

Costa Rica has recognised this and in 2013 declared that it would be closing all its zoos and releasing the animals who are able to be rehabilitated to the wild. (The others would be cared for in sanctuaries or live out their lives in nature parks.) Which will be the next country to make this compassionate decision? 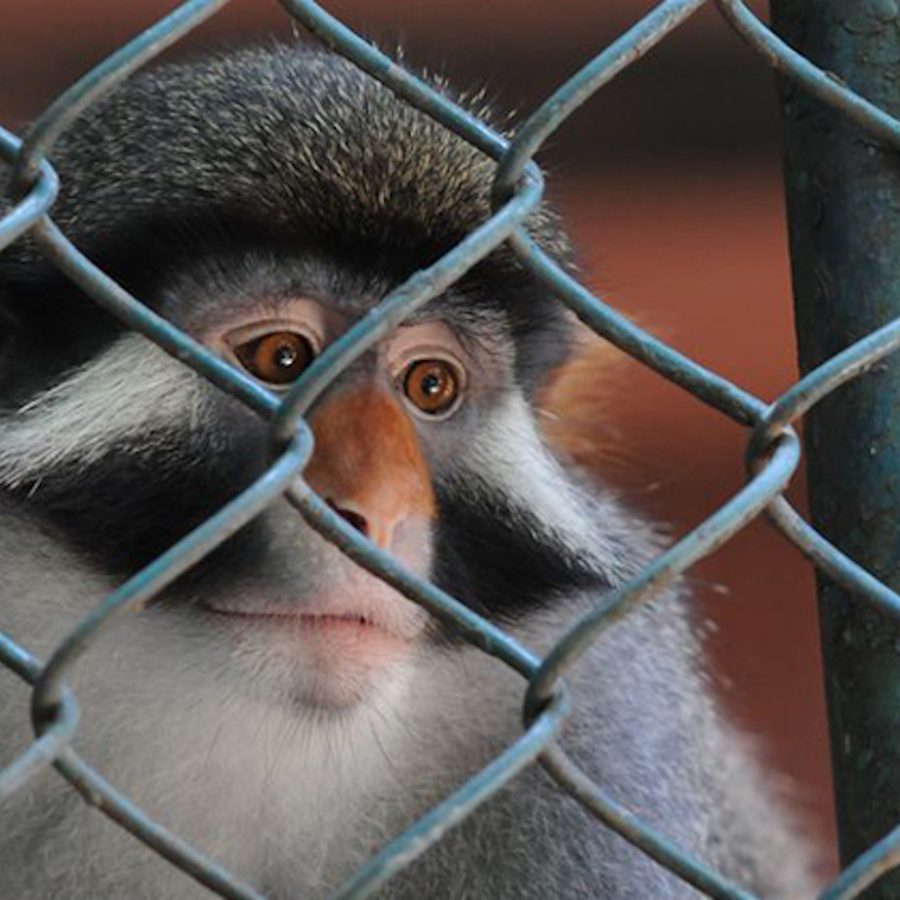 Myth 4: 'Animals in zoos are happy'

Animals in captivity across the globe have been documented displaying signs of anxiety and depression. In fact, psychological distress in zoo animals is so common that it has its own name: Zoochosis.

Zoochosis can include rocking, swaying, excessively pacing back and forth, circling, twisting of the neck, self-mutilation, excessive grooming, biting, vomiting and copraphagia (consuming excrement).

These traits are largely uncommon amongst healthy and happy animals in the wild. When kept in captivity, animals are deprived of the ability to express their natural desires and the effect this can often have on their mental and emotional health is tragically clear in the form of zoochosis. Such behaviour, when exhibited by confined or disturbed animals in other situations, is often referred to as ‘stereotypic behaviour’ and is recognised by scientists as a clear indicator of severe animal welfare issues.

What’s even sadder, is that to counter these problems, zoos internationally have been known to give drugs to affected animals. In her book Animal Madness, Laurel Braitman says that the practice of putting animals on anti-depressants is surprisingly common. “At every zoo where I spoke to someone, a psychopharmaceutical had been tried.” One case Braitman shares is of a polar bear named Gus who lived at Central Park Zoo. Gus began compulsively swimming figure eights in his pool for up to 12 hours per day.

An animal psychologist determined that Gus was bored. And not surprisingly, given that his enclosure was less than 0.00009% of what his range in the Arctic would be. Despite being born in captivity, he would still have felt predatory impulses. In fact, when he was first moved to the zoo, he would entertain himself by stalking small children. But the zoo did not want children getting frightened so they built a barrier to stop this.

Gus was given thousands of dollars worth of behavioural therapy, the nickname “bipolar bear” and … a prescription of Prozac. His compulsive swimming eased off but never really went away. Gus died in captivity in 2013 at age 27. 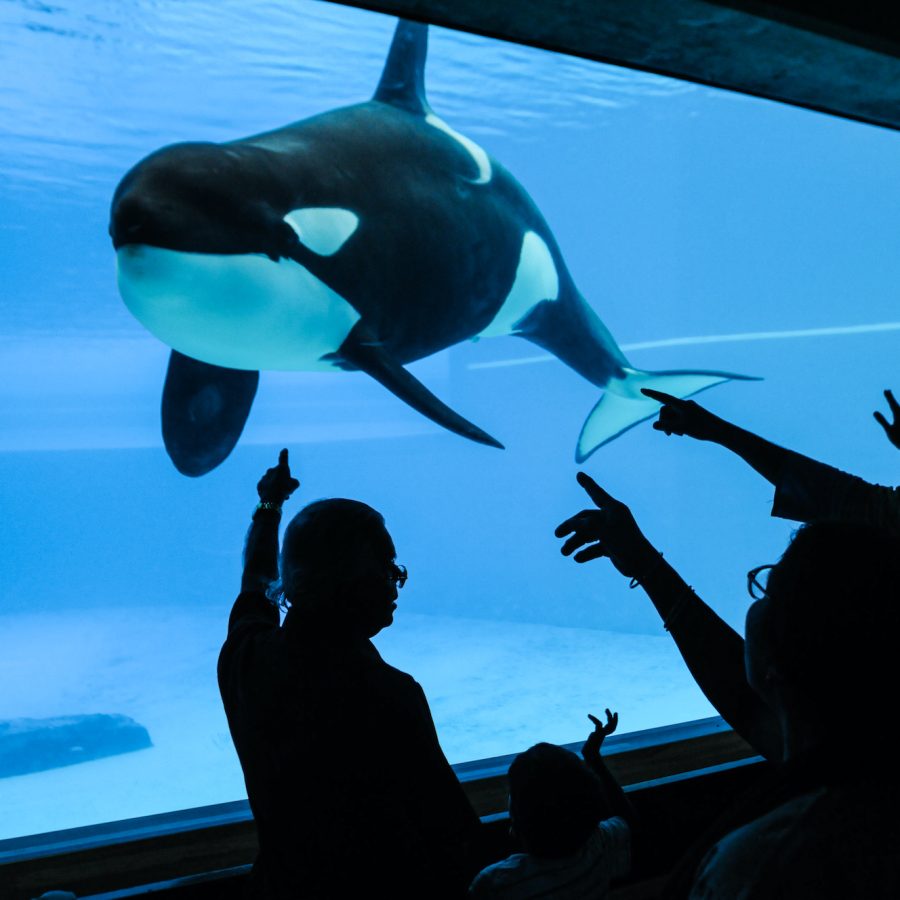 Similarly, it has been revealed that SeaWorld (U.S.) trainers give psychoactive drugs and anti-depressants to some of its marine animals. Since the ‘Blackfish’ documentary exposed the truth about keeping highly active and social animals like orcas in captivity, SeaWorld has seen a significant decline in attendance. Society is recognising that there’s nothing fun about sad animals.

Living in captivity has been found to lead some animals to neurosis and depression.

Making a difference for animals

Humans have a great capacity for kindness towards our fellow species. When we see an animal suffer, we jump to their aid, (just like the awesome humans in this video did).

We have the choice to show our respect for animals by letting them live a natural life, rather than contributing to an institution that breeds them for a life in captivity. You can make a difference in the lives of animals in zoos by choosing animal-friendly alternatives to zoos, such as admiring animals in the wild, at sanctuaries or on television.

NOTE: We acknowledge that every organisation has different animal welfare policies and this article is intended to inform the public about existing zoo practices and may not apply to all zoological parks. We hope that it will encourage people to ask questions and to seek out organisations that align with their own values about the treatment of animals.