A new life ahead for an abused battery hen

It's amazing how a lifetime of abuse can be dissolved by a single moment of kindness.

In her short time on earth, little 'Bobby' the hen had endured more suffering than most people will know in a lifetime. But in this moment, her days as nothing more than a 'battery hen' were officially over. She nestled into the arms of her saviour and chirped quietly, as she settled into her new life as 'Bobby Bob Bob' — the survivor.

Bobby would never know her mother. Like thousands of other chicks, she greeted the world for the first time from within a hatchery — and from the moment she opened her eyes, her life would become progressively worse.

Bobby was destined for a battery cage.

Like all factory-farmed laying hens, she was to have part of her top beak removed — but in Bobby's case, half of her lower beak had been cut off, leaving her permanently disabled. She would soon find herself confined to a cage with five other hens, and it was here that she would remain for the next year of her life.

Bobby was a gentle and submissive hen, and the severe mutilation of her beak not only made it difficult to eat, but rendered her incapable of defending herself against her stressed cage mates. If given the space, Bobby could simply walk away to find peace and quiet — but in a tiny cage, there was simply nowhere for her to go. 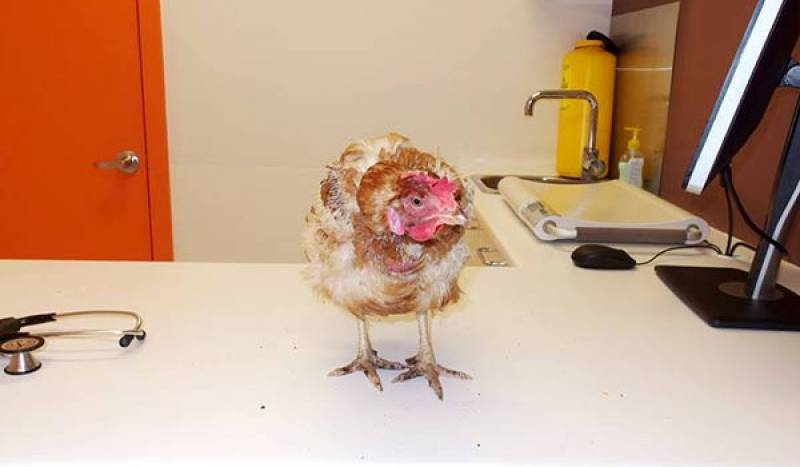 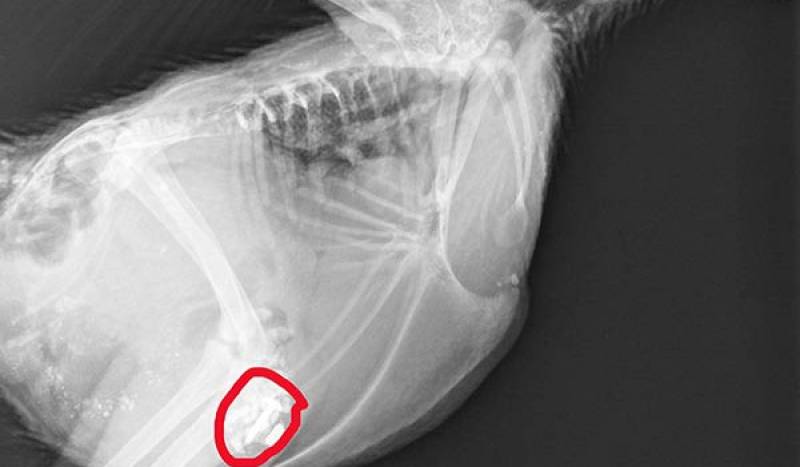 Bobby goes to the vet

For most battery hens, the only time they will leave their cages is when they are placed on a truck to be taken to slaughter.  But when hands reached into Bobby's cage, it signified something different for this long-suffering hen — it was the start of a new life. She had been rescued, and for the first time in her life, Bobby was given the love and care she so desperately needed.

Her frail and battered body bore the scars of months of unimaginable suffering, but the extent of her ordeal was only properly revealed after a vet consultation. Bobby had a lung infection, nerve damage in her eye, and crushed bones in her spine from an injury that was either ignored or never noticed. Tragically, X-Rays revealed a sad insight into the severe boredom she had endured in the cage — she had ingested a metal screw that had become lodged in her body.

Bobby will require special care and pain medication for the rest of her life. But her sweet and gentle nature belies a tough little hen, who has endured months of misery in a battery cage, and survived when many others would perish. Now free, and with the love and care she deserves, Bobby is well and truly making up for lost time at Lefty's Place Animal Sanctuary.

Thanks to Tamara Kenneally Photography for providing Bobby's photos and providing sanctuary for her to live out her life in peace. There are millions of hens just like Bobby who are still confined to cages — but YOU have the power to change that!

So today I got up and started yelling really early to get Tam out of bed. If I yell loud enough, for long enough, she comes running. Then I ate some oats. Then I licked some oats. Then I licked a bag, it was a nice bag. Then I saw some shoes I like, I gave them a lick. Then I met a man named Paul and he was pretty nice, but I didn't give him a lick 'cause he was a stranger and all. Then I went out in to the paddock and foraged and ate grass and yelled sometimes and then licked a bit of grass. Then I licked some gumboots. Then I had my medicine bread (it was delicious) and then I went to bed….which was really disappointing 'cause I needed to do more stuff. Anyway, tomorrow is another day. The end. #bobbybobbob #bobbysworld #factoryfarming #tamarakenneallyphotography #leftysplace #bbb #cageeggs

Bobby is just one of many good reasons to cut back on eggs.

Did you know that for every female chick born into the egg industry, there's a male one whose fate the egg industry doesn't want you to know about? Since roosters don't lay eggs, male chicks are gassed to death or thrown into giant metal grinding machines on their first day of life. For the average person it's hard to fathom tossing a tiny fluffy chirping chick to his death but this is the sad fate for millions of chicks born into the egg industry. (And that's not all they're not telling you ...)

Re-thinking eggs? The good news is that you can make hearty breakfasts, delicious meringues and cupcakes that are lighter than air all without ever cracking an egg. 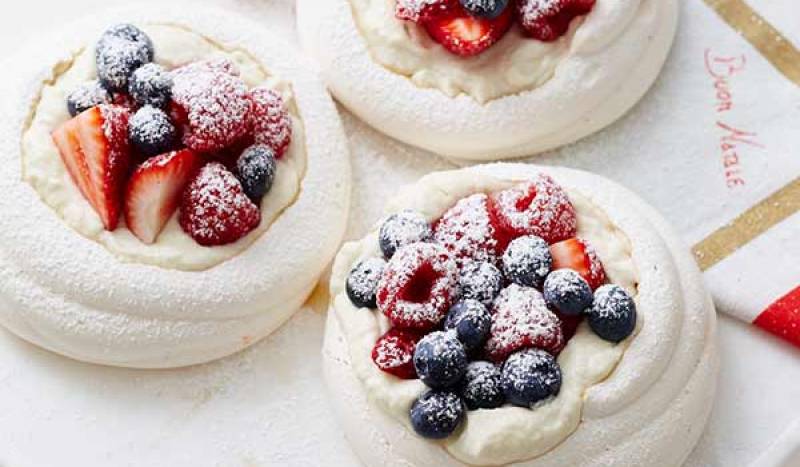 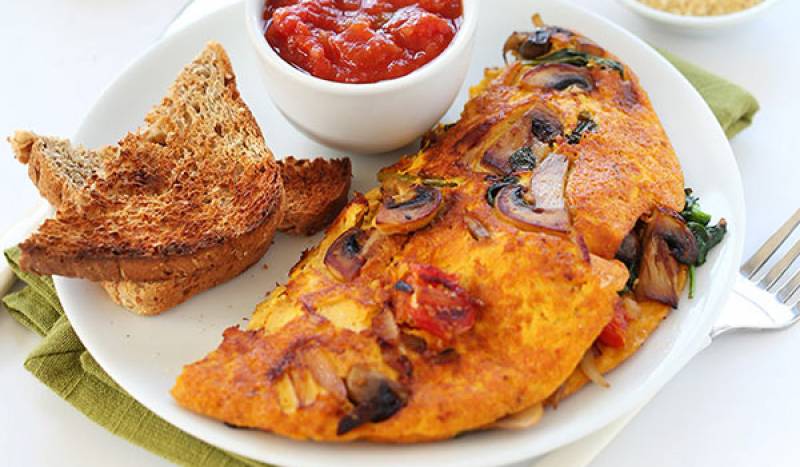 Choosing mushrooms or avocado instead of eggs for breakfast, swapping eggs out of your favourite baking recipes, or choosing to go egg-free altogether are just some of the ways you can choose kindness to hens (and male chicks) every day.

9 insanely good things you can make with aquafaba

5 things you didn't know about eggs

5 things the egg industry doesn't tell you
You already know cage eggs are cruel, but you'll never hear the cage egg industry admit it. So what else might they be cagey about? These five facts may ruffle some feathers. Discover the truth » »
Make a difference for animals...