How laws are failing animals: Codes of Cruelty

Have you ever wondered why hens can be packed into a single cage for their entire lives, when their suffering is so obvious? Or why mother pigs can be confined in cages so small they can't even turn around?

That laws protect the vulnerable is one of the most basic tenets of society. So, many people are shocked to learn that this isn't the case for some of the most vulnerable and defenceless members of our community.

The stark reality is that — under Australian law — not all animals are protected. In fact, the law 'protects' or 'exempts' animals not by their capacity to suffer, but by their 'value' or 'use' to humans.

This means that an animal — whether a dog, a chicken, a pig, a rabbit, a sheep, and so on — is fully protected if they are valued as a 'pet' or 'companion'. However, if you take that very same animal out of the domestic environment and place them for use in a farm or breeding facility (or even a research lab), then they lose important protections under animal cruelty laws. 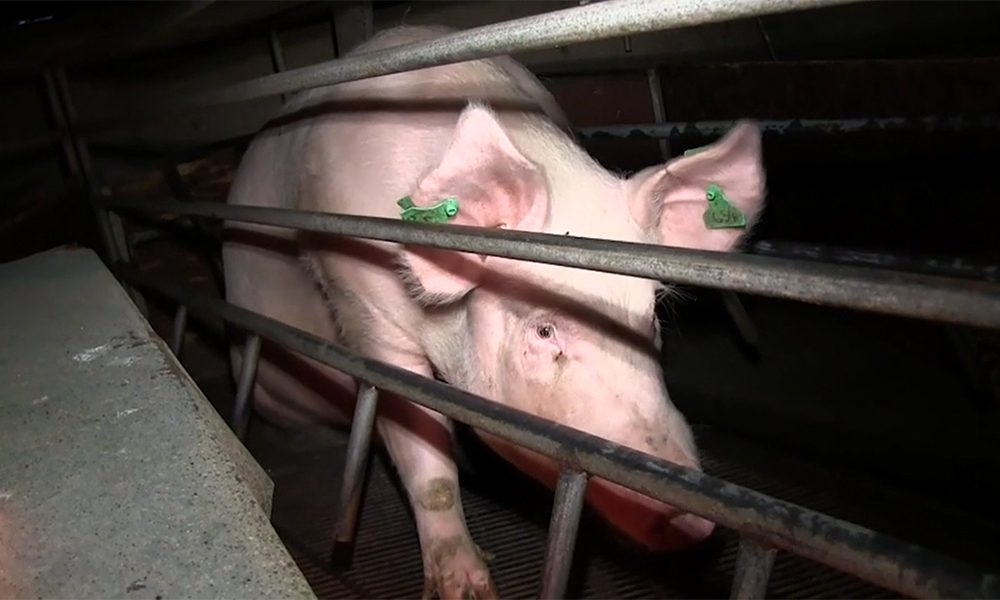 Why? Because the law would no longer regard them as domestic pets or companions. Instead, they are defined as 'production animals' which allows decisions around their wellbeing to be balanced with industry interests.

What are animal cruelty laws and how are farmed animals excluded?

Each Act prohibits cruelty to animals. However, in each of these Acts there are 'carve out' clauses that exclude certain animals from the anti-cruelty protections if they are defined as 'stock' or farm animals, or animals used in research.

These 'excluded' animals are pulled out from the protection of the Acts and placed under industry Codes of Practice[1]. These Codes of Practice operate to exclude hundreds of millions of animals from anti-cruelty protections, most of them in factory farms. 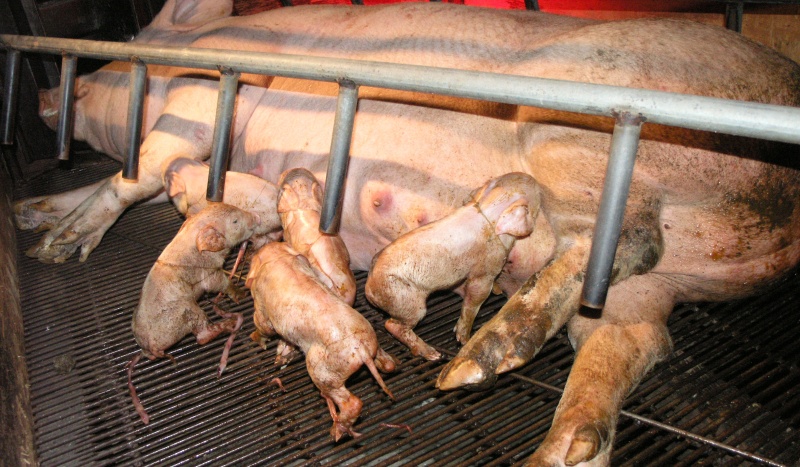 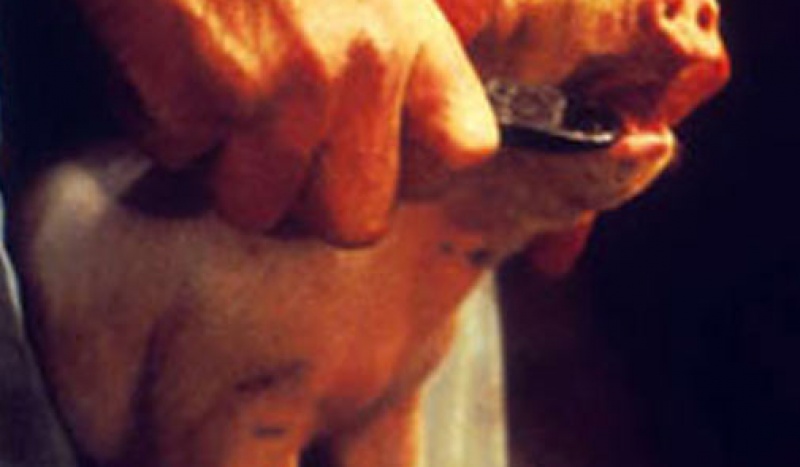 It is these Codes of Practice (adopted by each State) that allow sensitive and intelligent mother pigs to be locked up in crates barely bigger than their bodies; piglets to have their tails sliced off and teeth cut without any form of pain relief; and egg laying hens to suffer their entire lives in battery cages where they can't even stretch their wings.

Thanks to Codes of Practice, it is not only legal but 'business-as-usual' for millions of 'meat chickens' to suffer and die every year because they've been bred to grow so unnaturally fast that their hearts and bodies can give out at just a few weeks old.

These animals experience pain and suffering in the same ways as our beloved pets. Just like cats and dogs, they can have rich social and emotional lives, form strong bonds and seek out affection. Yet the Australian legal system actively and deliberately excludes these 'farmed' animals from protection against cruel treatment and denies them any quality of life.

How can this be when Australians love animals? We give our pets the best life we can, we fiercely oppose whaling, and are horrified by the killing of seals for fur. As a nation we abhor cruelty to animals, but few of us realise that legally sanctioned acts of cruelty to animals happen every day in Australia.

Who set these Codes of Practice? How could this happen?

Early in the 20th century, the States began exempting particular types of farming practices from the anti-cruelty legislation (for example, castration and dehorning of cattle). By the 1970s and 1980s, these exemptions became so widely accepted across general farming practices that industry and government moved to 'codify' them as 'model blanket exemptions'.

Many legal and academic scholars have written extensively on this conflict of interest and resultant 'legalised cruelty' that persists. With some describing this system as the 'fox being in charge of the hen-house'.

The primary reason for setting these Codes of Practice has been to ensure that animal industries remain as profitable as possible — no matter what the cost in terrible, and avoidable, animal suffering. The economic efficiency term for this is known as "economies of scale". That is, increasing profits by lowering costs. This has led to the intensification — or 'factory farming' — of more than 500 million animals a year in Australia. 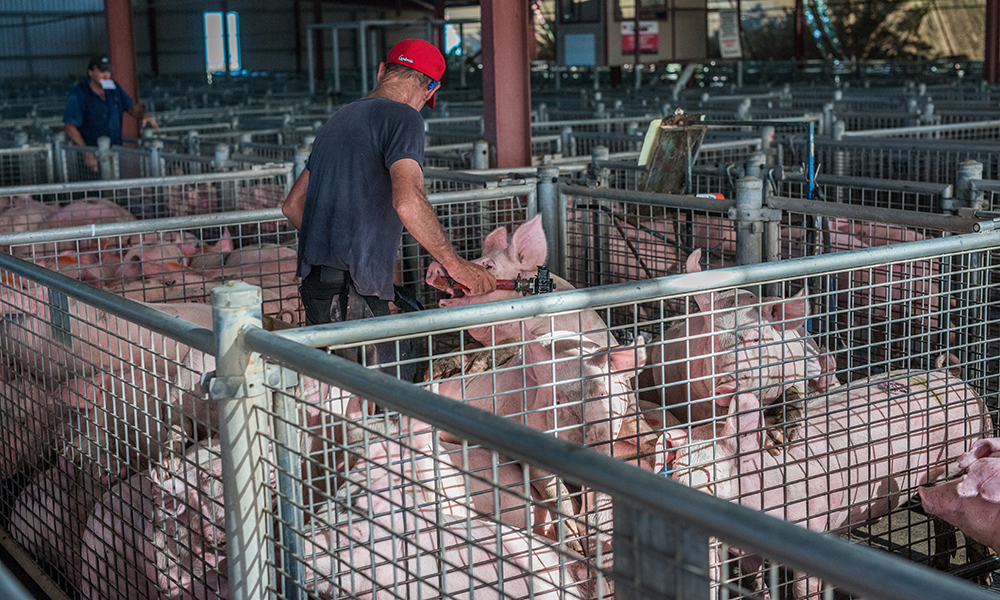 Pigs being tattooed before being loaded for transport at a sale yard. Photo courtesy: Jo-Anne McArthur / We Animals

Some of the Codes of Practice have over the past decade been updated as 'Standards and Guidelines', but continue to permit cruel and outdated practices.

Put simply, these Codes of Practice and recently released 'Standards' are frameworks for legalised animal cruelty.

Codes of Practice also cover animals used in rodeos, circuses, theme parks or those hunted for 'sport' — allowing them to be treated in a way that would be illegal if those responsible were accountable to actual animal cruelty laws.

Where to from here?

For decades, animal protection groups have sought to change these outdated laws and practices only to come up against an invisible, impenetrable barrier... an inherited belief system — enshrined in law — that deems animals raised for food less worthy of kindness and protection.

As demand for animal products has grown, farms have become factories and our laws have forgotten that there are living, feeling beings inside them.

We may have inherited these systems, but we don't have to keep them. We can be the generation that ends factory farming, that draws a line in the sand and declares that all animals deserve kindness and a life worth living.

[1] There is an Australia-wide strategy to review the Codes of Practice and instead implement nationally consistent Standards and Guidelines. This work is currently underway; however it simply pulls the State-based Codes into a national framework. The end result is that 'production' and 'stock' animals are still exempted under animal cruelty laws.

How laws are failing animals

The true cost of dairy