Australia’s threatened species: what is the biggest threat they face?

By understanding what is killing off the native animals we treasure, we can help to ensure they're part of a shared, kinder future for all.

In 1936 the last remaining Tasmanian tiger died alone in captivity. This native Australian species suffered and disappeared largely due to habitat destruction and hunting encouraged by the government. Almost 90 years later, with many native animals listed as vulnerable or endangered, we urgently need to learn from past mistakes.

Despite being adored by people across the continent and the globe, Australian wildlife populations are declining at an alarming rate. Even the most cute and charismatic species who seemingly receive a lot of conservation attention, like the koala, are under threat.

Thankfully there is a growing number of compassionate people – just like you – who want to turn this trend around and see native animals survive, and thrive, alongside us.

Why are native species becoming endangered and extinct?

The key threats to wildlife survival are habitat destruction and exploitation, both driven by our current food system. Of the 28,000 species listed as threatened with extinction on the IUCN Red List, agriculture and aquaculture are threats for 85% of them.

As more and more land is cleared to graze and grow feed for farmed animals, there is less habitat and food for native animals like threatened flying foxes and endangered koalas. And as massive fishing nets trawl seas and scoop up everyone in their path, animals like vulnerable sharks and rays are killed as collateral. 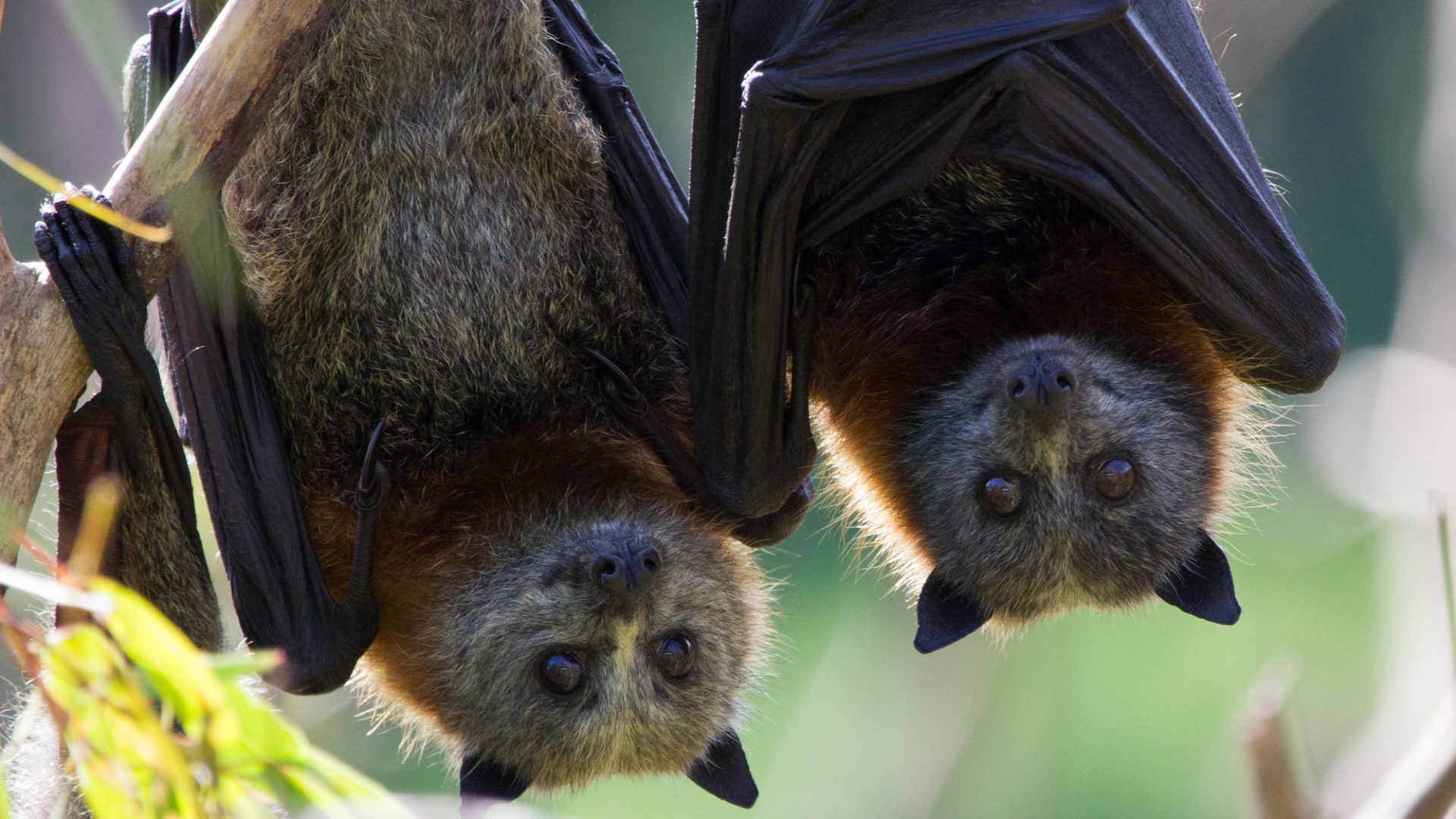 The grey headed flying fox: these native animals help to regenerate our forests and keep ecosystems healthy. They have migrated along Australia’s east coast for thousands of years, but human development is constantly shrinking the wild spaces available to them. 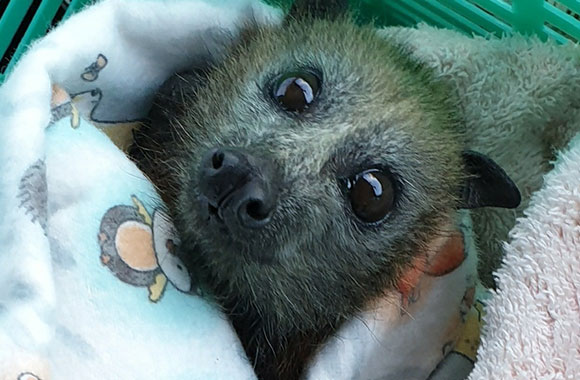 The main threat to flying foxes is the destruction of native habitat and unforgiving temperatures. When searching for food, hungry animals are often injured or killed after becoming trapped in fruit tree netting, or in certain states by landowners with government-issued shooting permits.
Image Credit: Fly By Night Bat Clinic 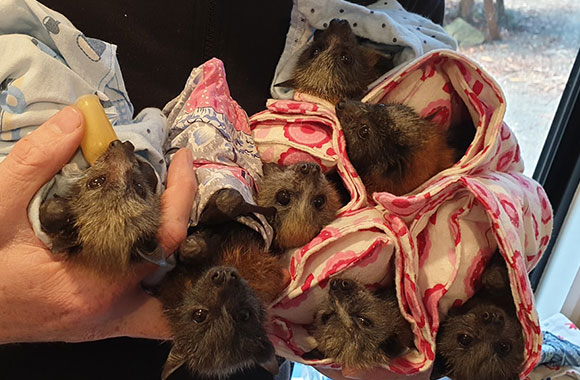 Some so-called ‘protected’ species are even killed or shot at to protect industry interests. The dingo can be poisoned or shot in certain areas of the country, and the fishing industry uses dangerous and often harmful explosive devices to ‘deter’ seals from unnatural fish farms in their habitats.

The survival of precious Australian wildlife is relying on us to learn how to better share this planet that is home to us all, and a big part of that is shifting the way we think about – and consume – food.

On land, wildlife habitat is being destroyed so humans can graze – and eat – farmed animals

Australia’s land animals are being ‘pushed out’ of their homes, and available data points to grazing animals – namely for beef and dairy – as the biggest cause. Land clearing for mining and urban uses (housing and infrastructure) also has a detrimental impact, however it accounts for considerably less land use when compared to farmed animal grazing.

Combining pastures used to graze farmed animals and the land used to grow crops to feed them, farmed animals account for 77% of global farming land. Surprisingly, although animal agriculture takes up most farmed land, it produces just 37% of the world’s total protein and even less of its calories – meaning farming animals for food is not the most efficient use of the land.

There are an estimated 27 million cattle and 74 million sheep in Australia – and every single one of these animals requires land to graze on. They also need feed from crops just like the pigs and chickens who are largely kept in intensive factory farms. While soy crops often get a bad rap for causing global deforestation, most soy is used as feed for farmed animals around the world.

In 2018, one of the most in-depth studies on the environmental impact of food suggested that if everyone shifted to plant-based foods, global land use for agriculture could be reduced by 75% and still feed the human population. Given animals bred to be killed for food now outweigh Earth’s wild mammals and birds by an estimated factor of ten, a reduction in farmed land would hugely benefit wildlife by giving them back much-needed space.

In the sea, the fishing industry and coastal development are threatening marine animals

Every year, trillions of fish suffer and die from being crushed in fishing nets or from suffocation when being dragged out of their aquatic home. ‘Non-target’ sea animals fall victim to the fishing industry as well. As supertrawler nets scoop up everyone in their path, some of the most threatened animals in the world fall victim, like sharks and rays.

One-third of sharks, rays, and chimaeras (a relative of sharks and rays) are now threatened with extinction, yet this status offers them no real protection. Over 99% of shark species are killed via business-as-usual fishing operations – whether targeted for their meat, fins and oil for consumers across the globe, or trapped and killed unintentionally as ‘by-catch’.

In addition to the fishing threats they face, sharks are also trapped and killed by indiscriminate drum lines (aquatic traps with baited hooks) and shark nets in popular coastal locations for humans. These state government shark ‘culling programs’ have proven ineffective for beach-goer safety, and continue to cause the suffering and death of sharks and even whales. 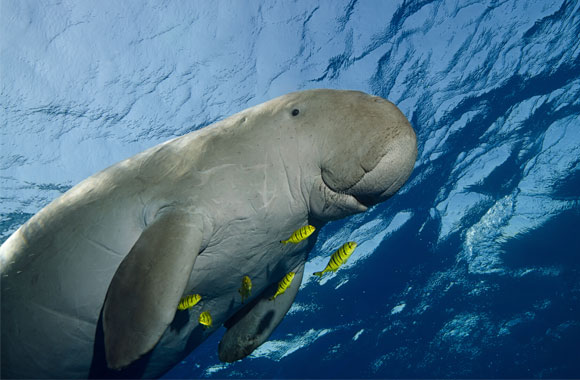 Dugongs are shy animals who are more closely related to elephants than they are to any marine mammal! They can live for 70 years or more, and as slow breeders they are particularly susceptible to factors that threaten their survival, like sea grass habitat loss or degradation (due human activities like dredging and port construction), and water pollution (from mining, fishing, and from activities on land). 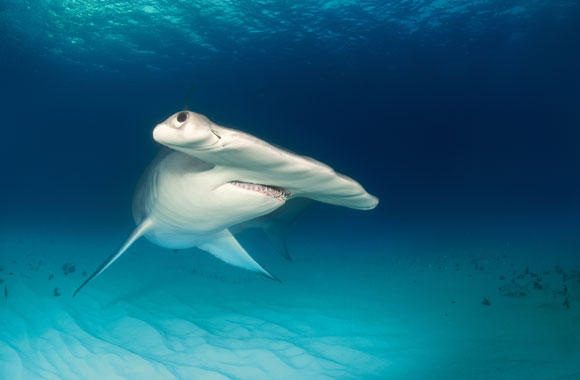 Hammerhead sharks are social animals who can thoroughly scan the ocean for food with their wide-set eyes and the highly specialised sensory organs across their wide heads. Commercial fishing is the greatest threat to the hammerheads survival, and two species (the great hammerhead and the scalloped hammerhead) are critically endangered. 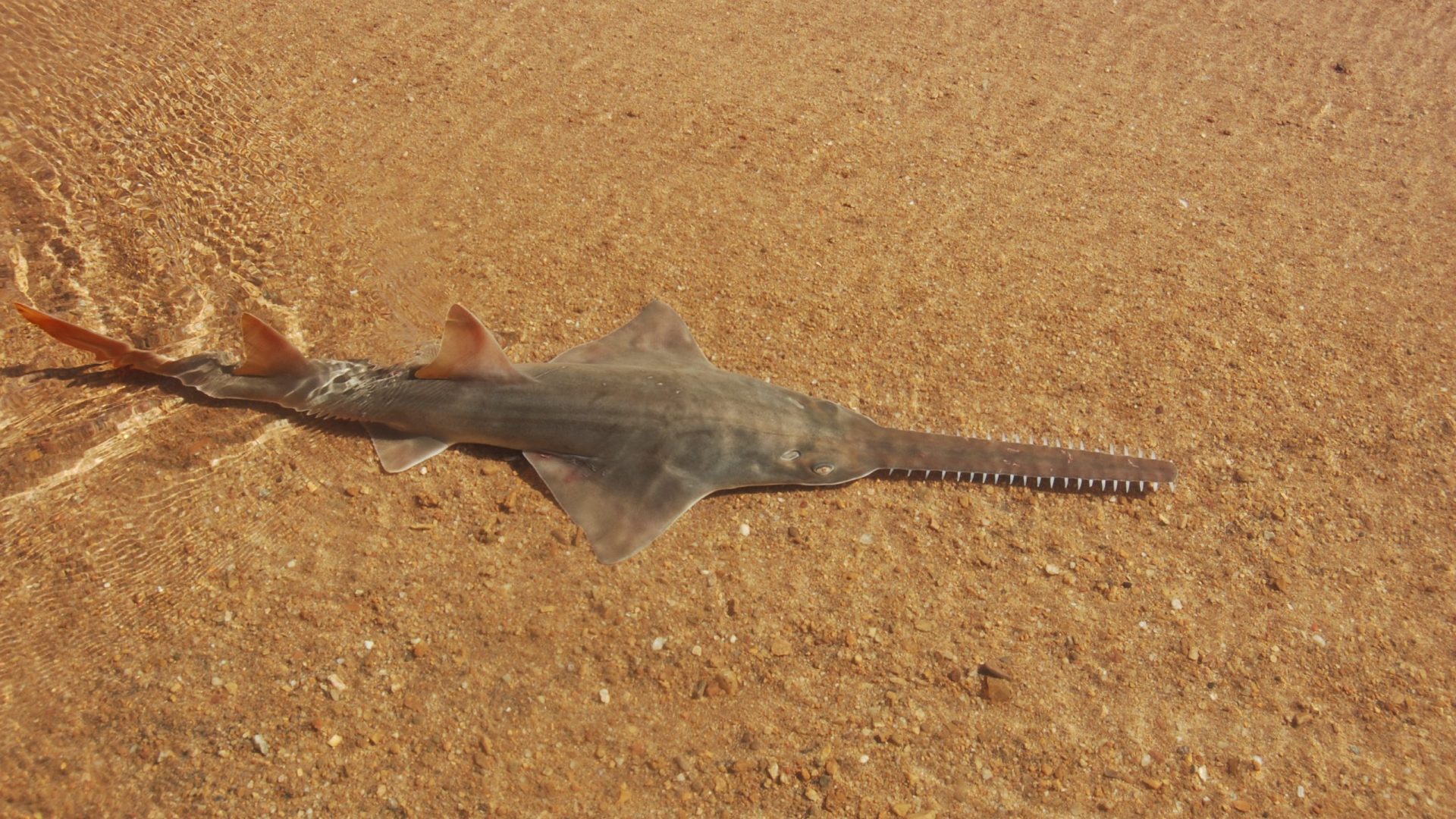 The farmed fish industry – as well as causing the immense suffering of fish – also presents a danger to wild marine animals. Protected seals are being shot at and sometimes killed for the interest of the farmed salmon industry. Often misunderstood as being more environmentally friendly, the farmed fish industry is contributing to the degradation of marine health too. Fish are being taken from the wild to feed farmed fish, ‘non-target’ species are killed as ‘by-catch’, and the ocean is being polluted with fishing-related plasticsin the process.

Those before us have passed down ways of thinking and shaped our beliefs of what animal species are ‘friends’ to be saved, ‘pests’ to be eradicated, or ‘food’ to be eaten – but it doesn’t have to stay this way. By opening our hearts and minds to all animals we can shape the kinder future we dream of.