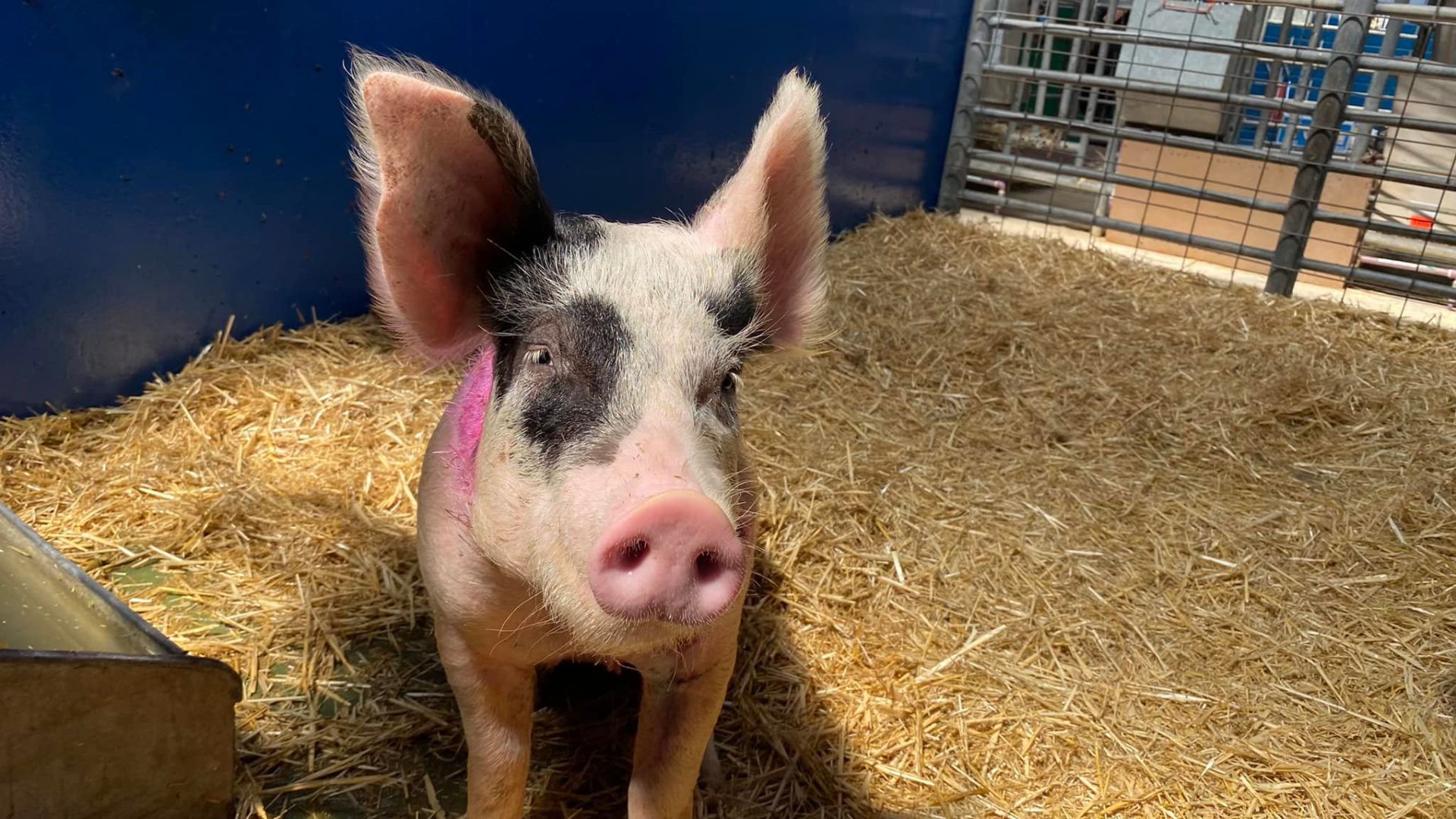 The little pig who survived slaughter.

In what can only be described as a miracle, a little pig in Western Australia has survived a brutal failed slaughter attempt and is now on her way to a brand new life.

She has been lovingly dubbed by her rescuers as ‘Jordy the Miracle Pig’.

When she was found wandering and alone near Perth in Western Australia, she was barely clinging to life. She had three deep slash wounds to her throat in what’s believed to be a failed backyard slaughter attempt.

How this little pig was still alive was anyone’s guess. Her injuries looked weeks old and had begun to rot… her pain and suffering must have been excruciating.

One thing was immediately clear to her rescuers – this little pig wanted to live. Her body may have been battered and bruised but her life-force was strong.

Jordy was rushed to the Murdoch University Animal Hospital where she underwent immediate surgery to stitch up the gashes in her throat. Shockingly, half her neck muscles had been cut through…

While very sore and drowsy in those first few days after surgery, Jordy’s healing had begun. And not just of her body but Jordy was quickly learning that while humans may have caused her suffering, that they can also be gentle, kind and merciful.

That Jordy so quickly trusted people both broke and warmed the hearts of those around her … perhaps offering us an insight into how our relationship with animals was meant to be. 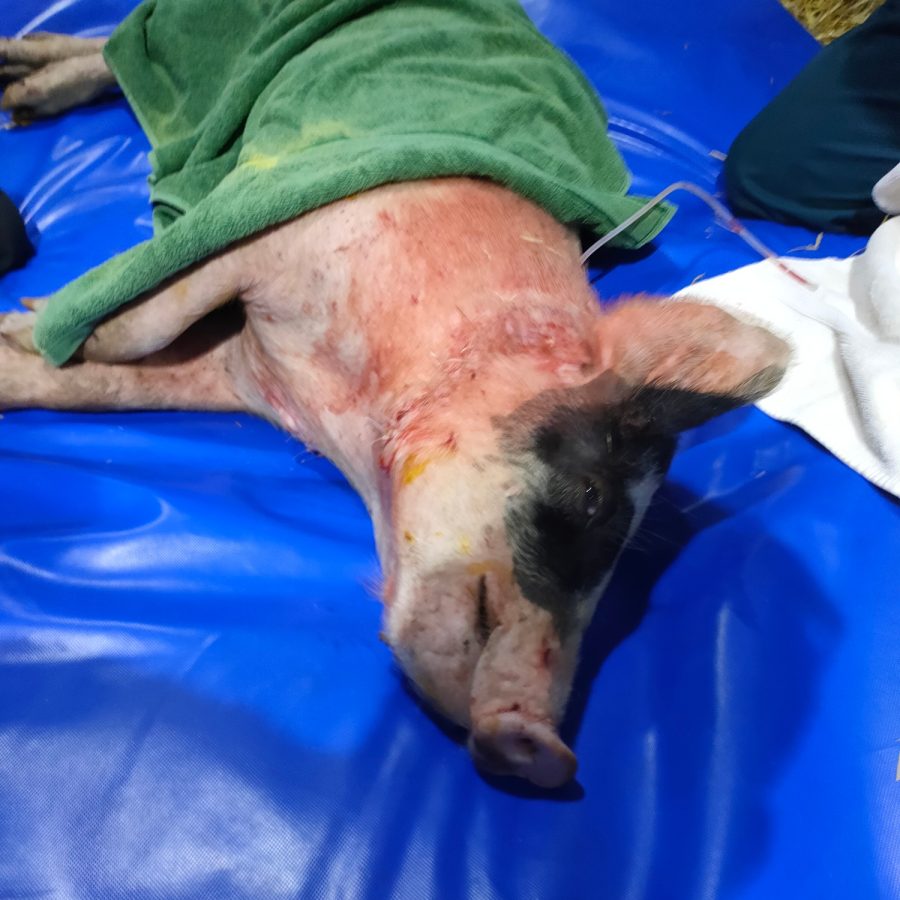 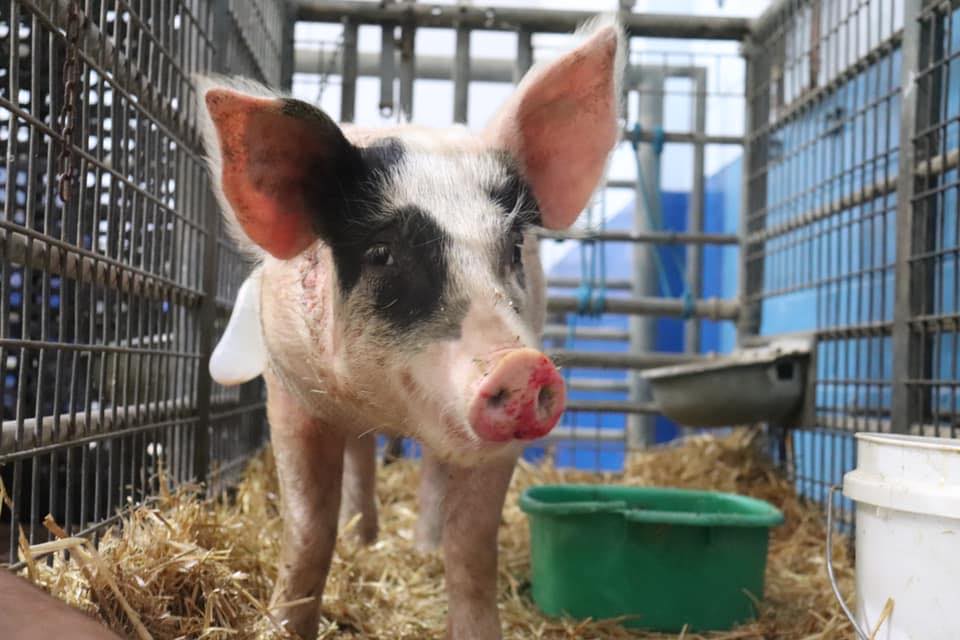 Finally, Jordy is being seen as someone, not something.

After caring for her throughout her rescue and surgery, the beautiful souls at A Better Life Sanctuary promised Jordy a life-long home where she would be valued for who she is, not for the meat products that her body can produce.

Jordy will also have all the medical care she needs thanks to assistance through Animals Australia’s Emergency Grants program.

While still on the road to recovery, every day brings new delights – and new friends – for this curious, playful and affectionate little pig.

Jordy is discovering that life can not only be wonderful, but delicious with her ever growing list of favourite foods which so far includes peanut butter sandwiches, bananas, apples, snow peas and watermelon!

Jordy’s story has captured the attention – and hearts – of people everywhere.

In the lead up to Christmas, when so many pigs are being sent to slaughter – kind hearts all over have willing this one little pig to live.

And in what feels like a Christmas miracle, she will. 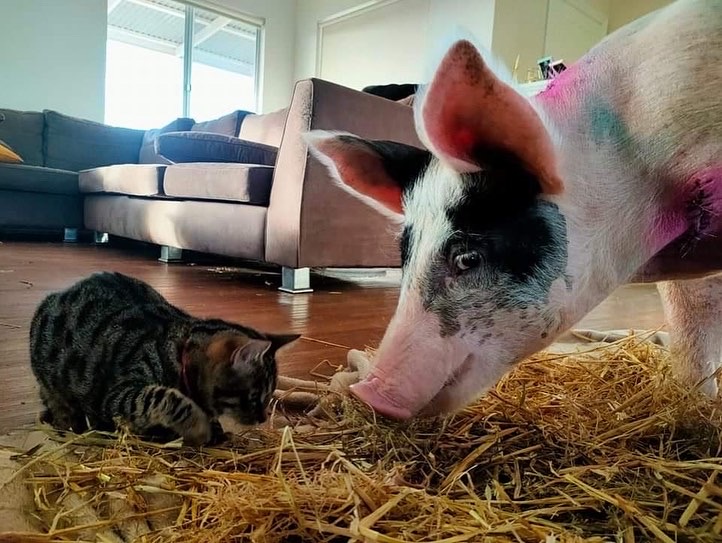 Like most pigs, Jordy is a very social creature and has loved making new friends. 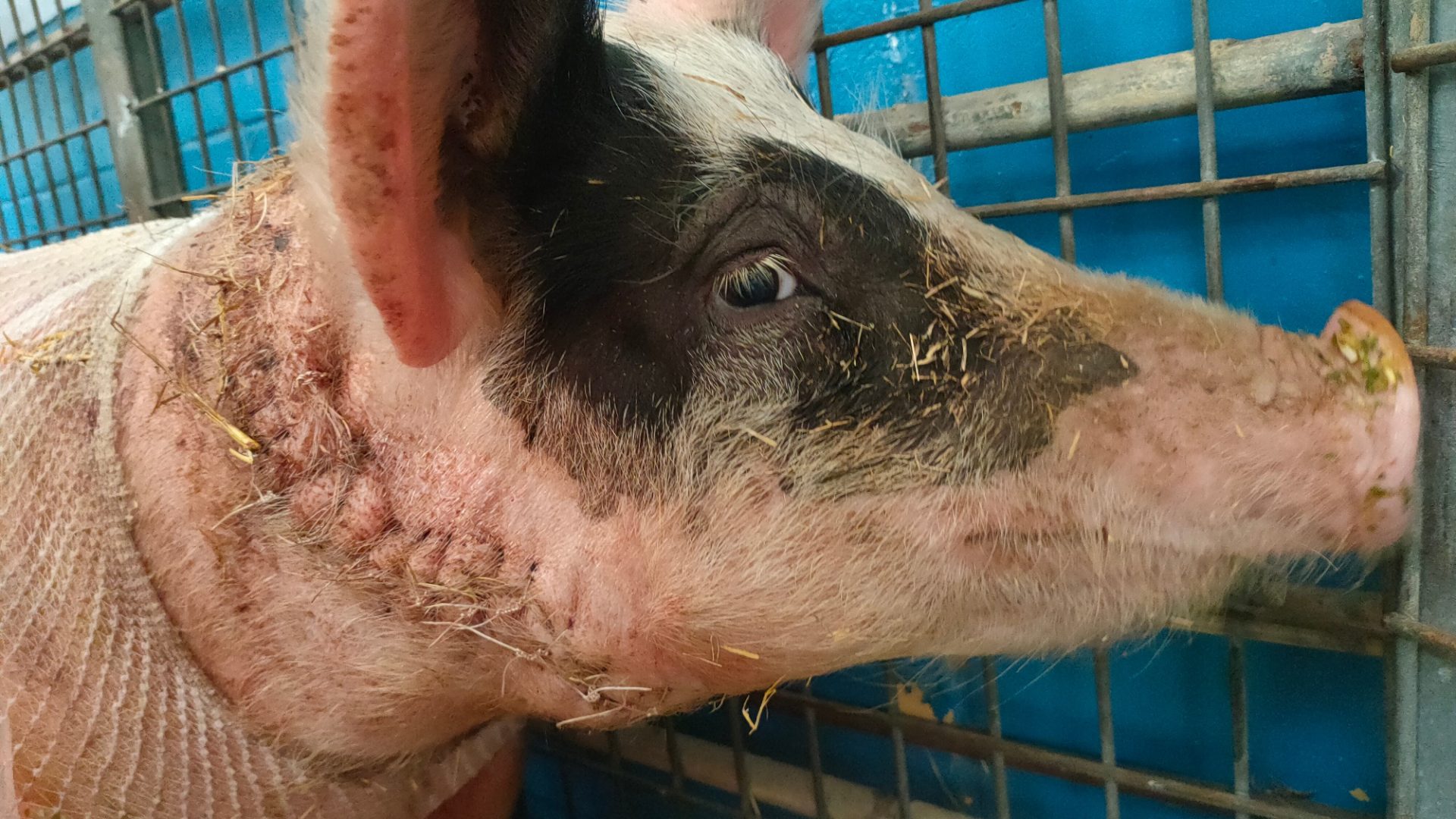 Half of Jordy's neck muscles had been cut through. Her pain must have been immense. 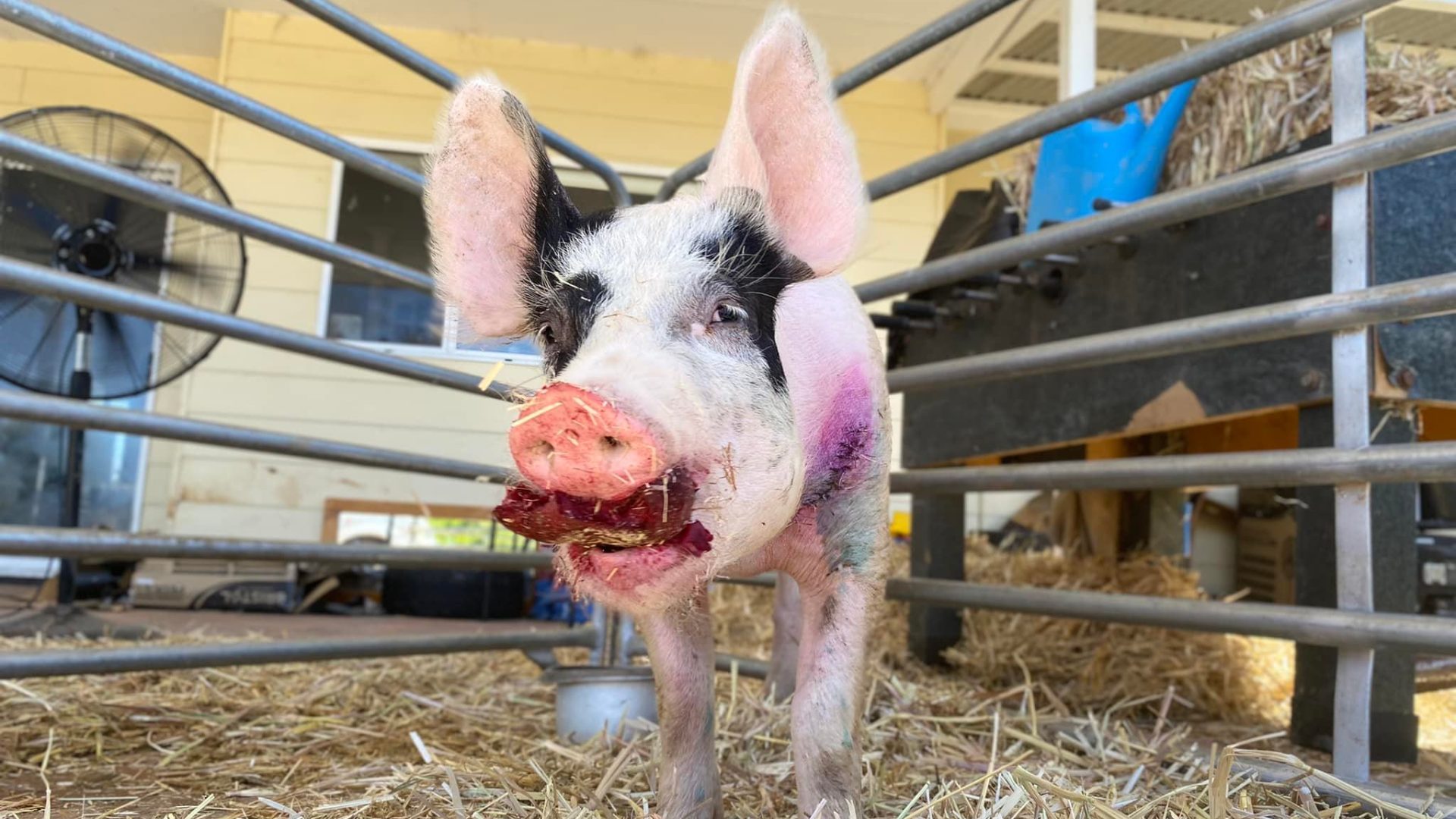 Jordy's long-list of favourite foods is steadily growing, with beetroot currently at the top! 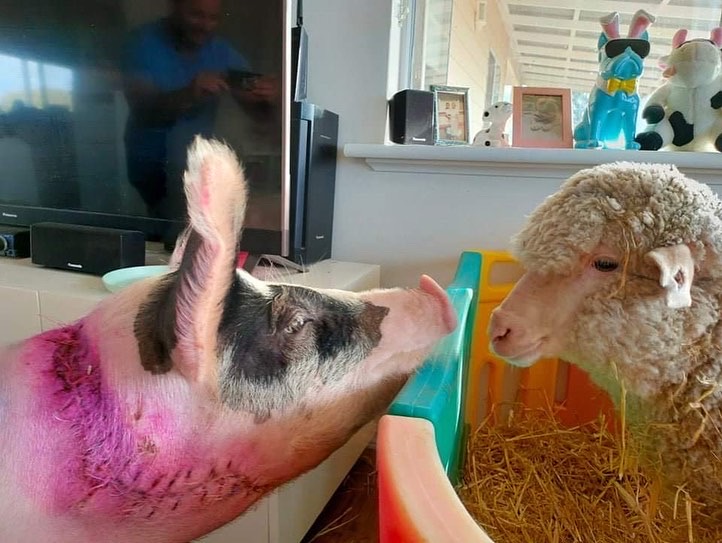 Every day brings new friends for Jordy, of all shapes and sizes. 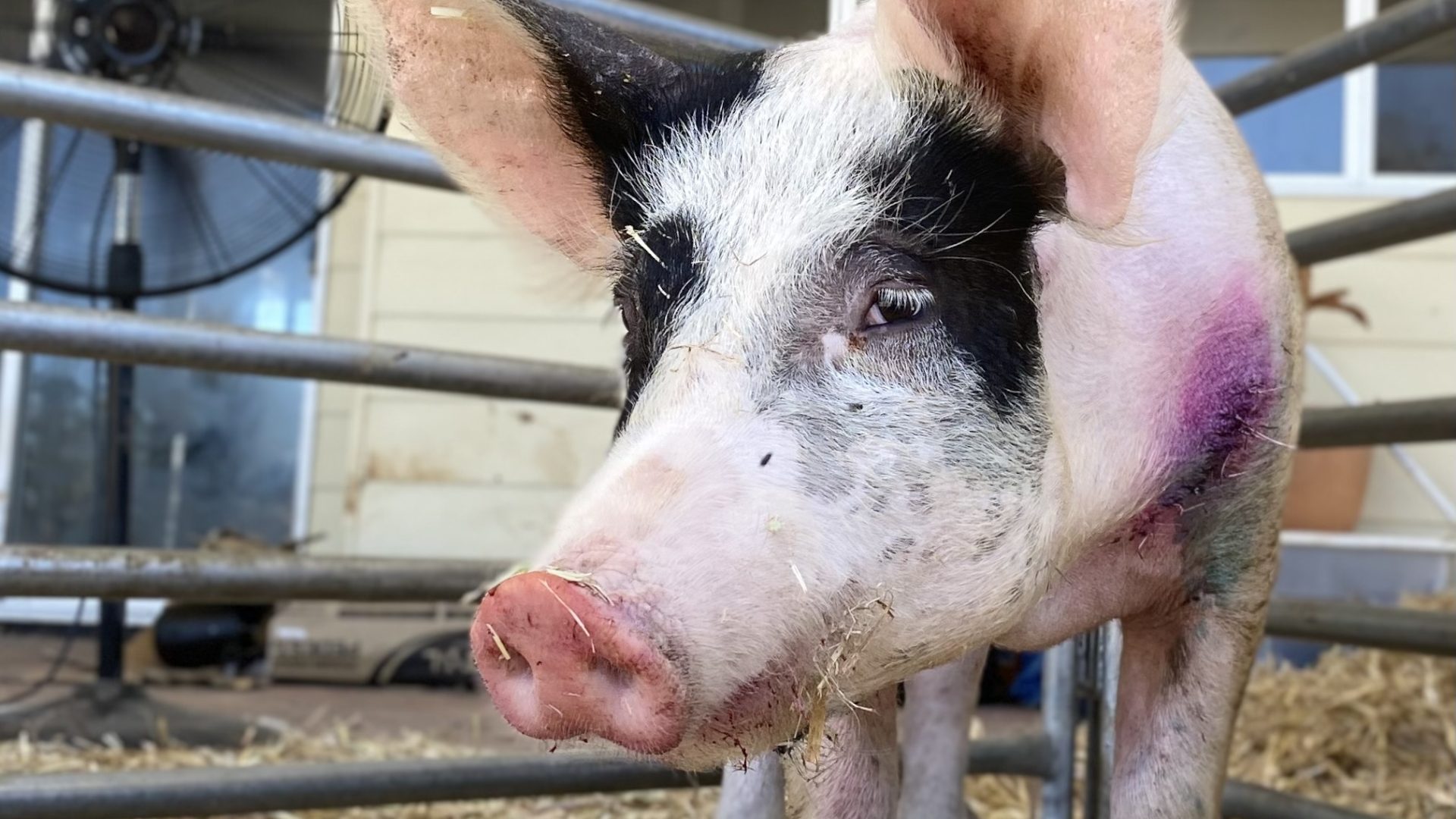 Jordy’s story is shocking, but not unique

While Jordy’s injuries are horrific, even when pigs are killed in a slaughterhouse, they suffer immensely. That’s because the routine method of killing pigs in Australia involves first gassing them with C02 – a painful and distressing process which many people are surprised to learn is not only considered ‘best practice’ by the pig industry, but is entirely legal.

Laws are failing to protect pigs in Australia but as Jordy’s story reveals, we don’t have to rely on governments to create the kinder future that all animals deserve.

Every meal is a chance to shape the kind of world we want to live in. 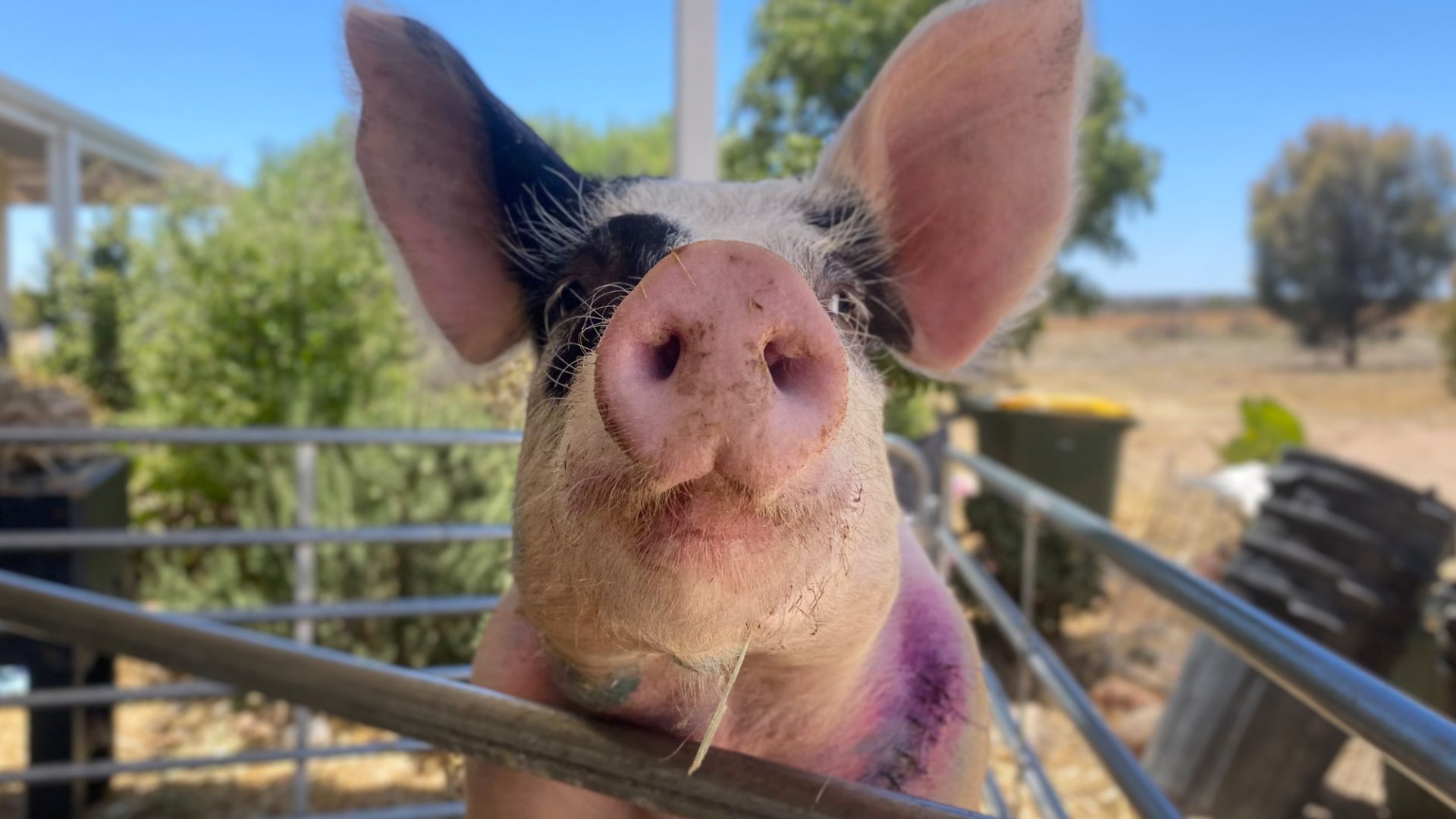 Pledge to help pigs this Christmas

For us, Christmas is a time of giving, of celebrating and coming together with family and friends. But for animals raised for food, Christmas is a peak time of suffering. Hope for them, and countless others, rests in people recognising that you don’t have to take life, to give thanks. In fact, the ultimate celebration, is one where compassion and kindness is extended to all living beings.

Pledge to help more pigs like Jordy by taking animals into your heart and off your plate this Christmas. 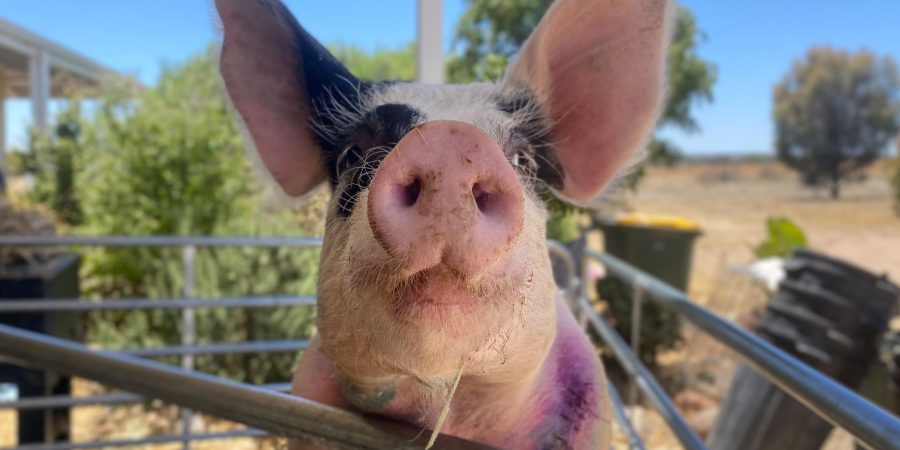 Your name has been added to the other currently on the pledge.
Help us spread the word and encourage others to sign the pledge to end animal cruelty by sharing it on social media.