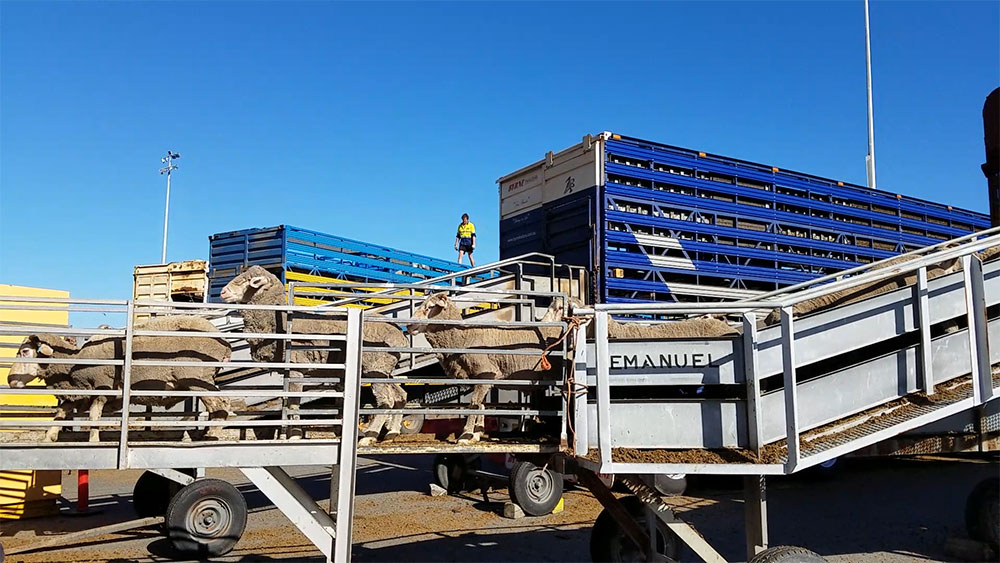 SHUT IT DOWN: Australia' biggest live sheep exporter stripped of its licence to operate

For decades, countless animals have suffered and died on live export ‘ships of shame’ run by Emanuel Exports. No more.

The Department of Agriculture has cancelled the licence of Australia’s biggest sheep exporter.

Emanuel Exports and its directors have been responsible for some of the worst mass-death events in the blood-stained history of Australia’s live export trade. Millions of sheep have suffered onboard their ships, and many more have faced horrific cruelty in importing countries.

When shocking whistle-blower footage was released of routine conditions on their ships, there was a massive public and political outcry. An unprecedented spotlight was cast on the business model of the live sheep trade, and the failures of the regulator to hold law-breaking exporters to account.

For the first time in the history of this trade, rich export companies are no longer calling the shots. They are finally being held accountable to the law.

This marks a historic win in the almighty battle to save animals from export cruelty.

Stripping Emanuel Exports of its licence to operate marks the beginning of the end for this death trade — but it’s not over yet.

Now is the time to stay strong and stay loud, for the sheep.

Hundreds of thousands of caring people have spoken out in recent months against this cruel trade. Our united voices have sparked a groundswell of compassion and inspired more politicians than ever before to speak up for animals.

Please help make the most of this historic point in time, and keep the momentum going to end live exports, once and for all: