Our investigations unit was deployed during the recent Festival of Sacrifice — a time of peak suffering for animals in the live export industry… and peak profits for export companies. What they found is an indictment on this cruel trade.

The fear. This is what our investigators talk about when they return from assignment. The fear in the eyes of an animal when something awful is happening and she is bound and powerless to stop it. Every year, our team steel themselves for witnessing streets awash with blood during the Festival of Sacrifice, a time of great profit for Australian live exporters.

We deployed our investigators into known trouble spots again this year and they captured evidence of widespread cruelty and live export laws being blatantly broken. Upon their return from the field, our legal team swiftly filed damning legal complaints.

In Kuwait, five years of Animals Australia’s investigations and complaints to the Department of Agriculture finally resulted in a restriction of sales of Australian sheep at the notoriously chaotic Al Rai livestock market.

While this offered some hope, Australian sheep were still being trussed and shoved into car boots in 50 degree heat at one premises where the merchant was flaunting the rules, and in Malaysia illegal sales and slaughtering of Australian sheep were occurring at a number of premises that have been the subject of our legal complaints in past years. 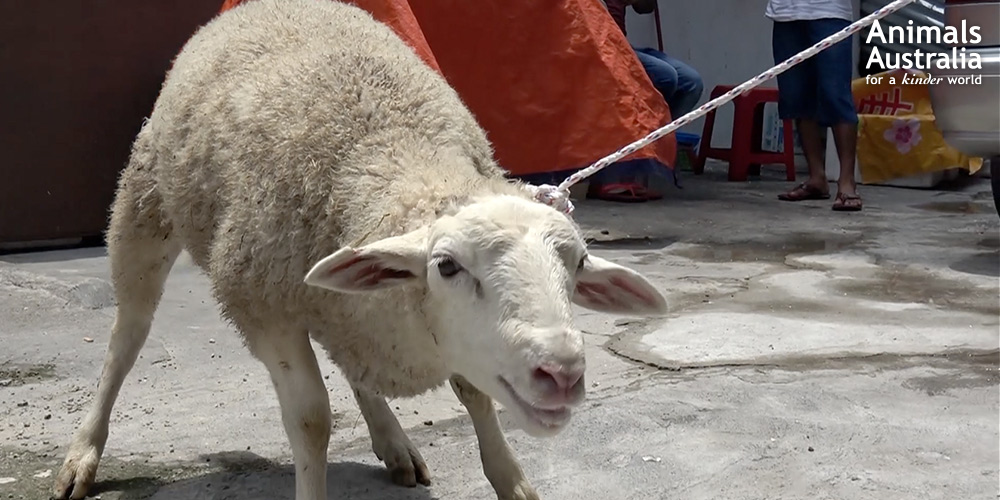 This frightened Australian sheep struggled with a rope around her neck after being illegally sold for home slaughter in Kuala Lumpur.

Tragically in Malaysia, we once again witnessed the illegal sale of terrified animals, all from government ‘approved’ supply chain facilities. As in previous years, terrified Australian sheep were victims of the cruelty we have so often witnessed. They were thrown, trussed, dragged and had their necks ‘sawn at’ by unskilled slaughtermen. All while fully conscious.

One terrified sheep was shoved into a car, dragged into an apartment building, and spent her last moments trying to cower under a bench while knives were sharpened in front of her. Her throat was cut while she was fully conscious, on the floor of her buyer’s kitchen. 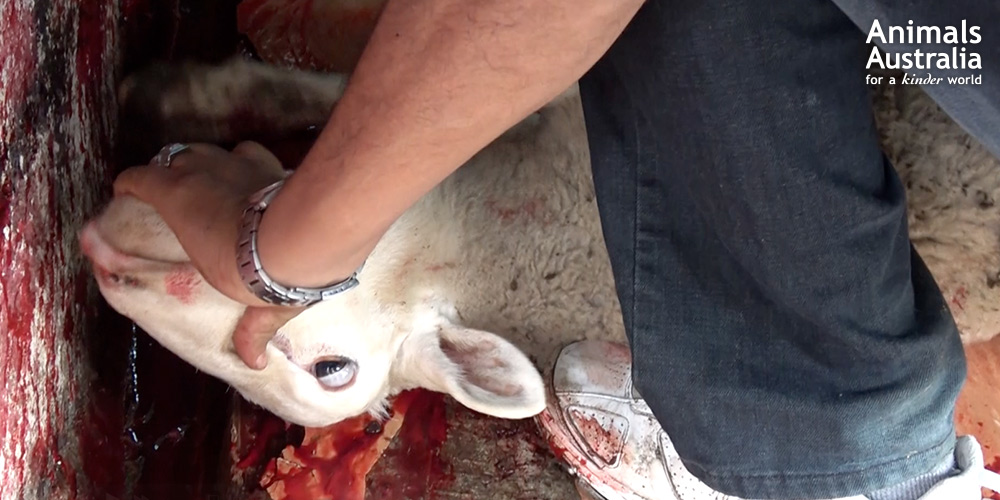 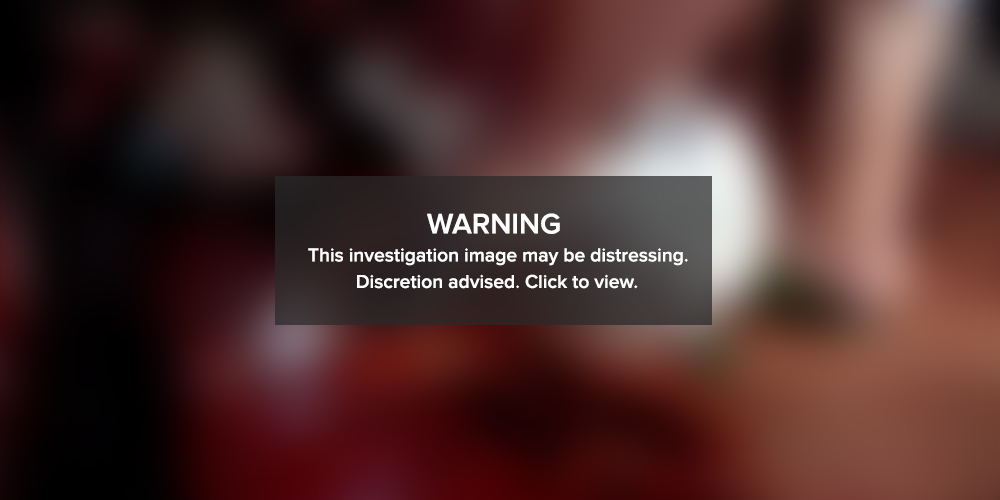 We will not stop until not one animal suffers the horrors of live export.

For animals exported live from any country, the Festival of Sacrifice is a time of increased suffering. But the reality is that at every stage of the journey, at any time of the year, live export is an awful experience for animals. For wealthy export companies they’re simply cargo, not the living, feeling beings that they are. Individual animals who have the capacity who experience joy and affection just as intensely as they feel fear and pain.

Our investigators will do whatever is necessary to find these animals and ensure that the companies responsible for their suffering are held to account. We will be relentless in reminding our law makers that an industry lining its pockets with the proceeds of cruelty is not what Australians or compassionate people around the world stand for.

And with your support, we will not rest until every animal is spared the horrific fate that is the live export trade.