Save native ducks from 'recreational' slaughter.

0  actions have been taken.

The Victorian Government continues to approve shooting, despite the evidence of illegal shooter activity, and the science showing waterbird numbers are in serious long-term decline. Native ducks need you to speak up for them. 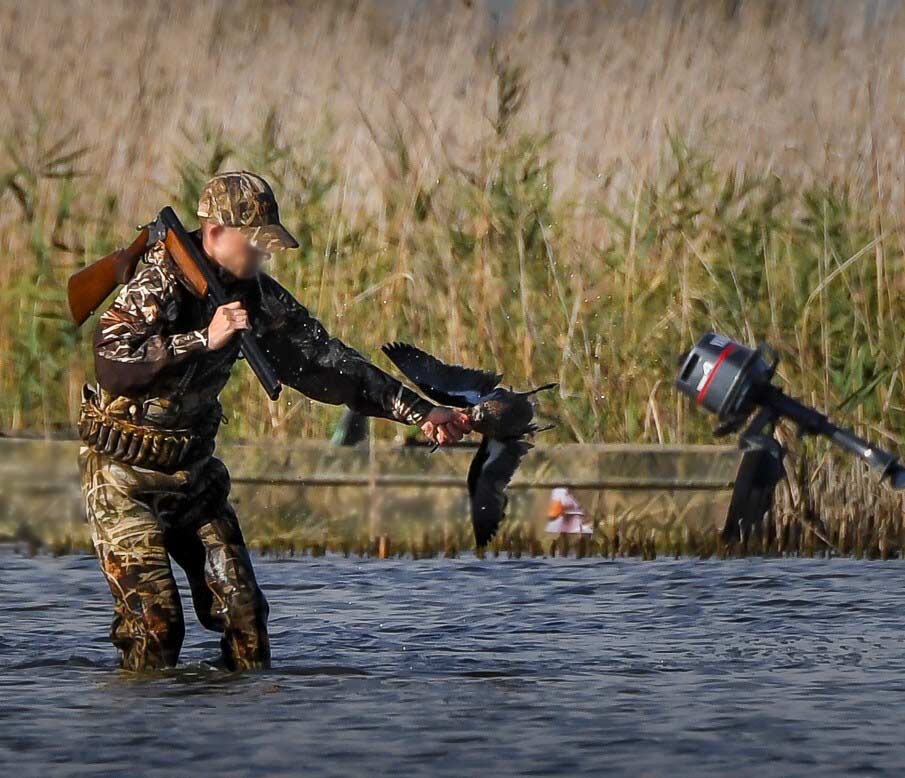 The Victorian Government continues to approve shooting, despite the evidence of illegal shooter activity, and the science showing waterbird numbers are in serious long-term decline. Native ducks need you to speak up for them.

Your letter has been sent along with the other actions.

The result is decimated wetlands, and animals left to suffer with shattered bills and broken wings.

The opening days of 2022's 'duck shooting season' in Victoria was shocking for waterbirds. For as long as the Victorian Government permits the shooting to go on, it is allowing this treatment of Australian wildlife to continue.

With their survival hanging in the balance, the Victorian Government announced a full 90-day ‘shooting season’ in 2022

Sadly, new research has revealed that ducks are among the native species struggling to thrive. According to the most recent annual Aerial Survey of Waterbirds in Eastern Australia, populations of ‘game’ species of ducks are still dire, despite the record setting rainfall. Devastatingly, 6 of 8 ducks who the Government allows to be killed for recreation, have been found to be in serious long-term decline. Two species of ‘game’ ducks, Pink-eared and Hardheads, were resilient in earlier times but have suffered population collapse during the last decade due to ongoing shooting seasons. Two further “game” species are now on Victoria’s threatened species list (Hardhead and Blue-winged Shoveler). The Victorian Government cannot afford to wait for more species to be pushed to the brink as others have.

As the announcement of a 2023 season is pending, we look back on a year that saw an ‘open season’ of 90 days, that killed over 320 000 ducks, not including the estimated 1 in 4 wounded and left to die on the wetlands.

Animals Australia made a formal submission to the Gaming Management Authority to object to a 2022 shooting season and later wrote to the Victorian Agriculture and Environmental Ministers asking them to urgently reconsider the decision to green-light this senseless slaughter. But the Victorian Government shockingly gave the go-ahead for a full-length season in 2022. We will again do all we can to prevent a season going ahead in 2023, and with your help, give waterbirds the voice they urgently need.

Native ducks and sometimes even endangered and ‘protected’ birds are gunned down by shooters, their fragile bodies shattered by pellets.

The ‘lucky’ ones are killed instantly. The unlucky ones — an estimated one out of every four birds shot — will suffer for days or even weeks before finally succumbing to their injuries.

Perhaps most awful of all? This cruelty is inflicted upon defenceless animals in the name of a ‘sport’ that the majority of caring Australians oppose

To make an awful situation worse, according to the government’s own survey, shockingly few Victorian shooters understand the ‘rules’ when it comes to killing waterbirds. In light of the survey findings, the Victorian Government is knowingly letting shooters onto the wetlands who don’t have the necessary animal welfare knowledge, don’t know which ducks they can legally shoot and which species are ‘protected’, and on top of this, don’t understand close-range shooting safety risks.

Despite all the evidence, the Victorian Government is appeasing the minority (shooters), ignoring the majority of Victorians, and threatening the long-term survival of our native wildlife. 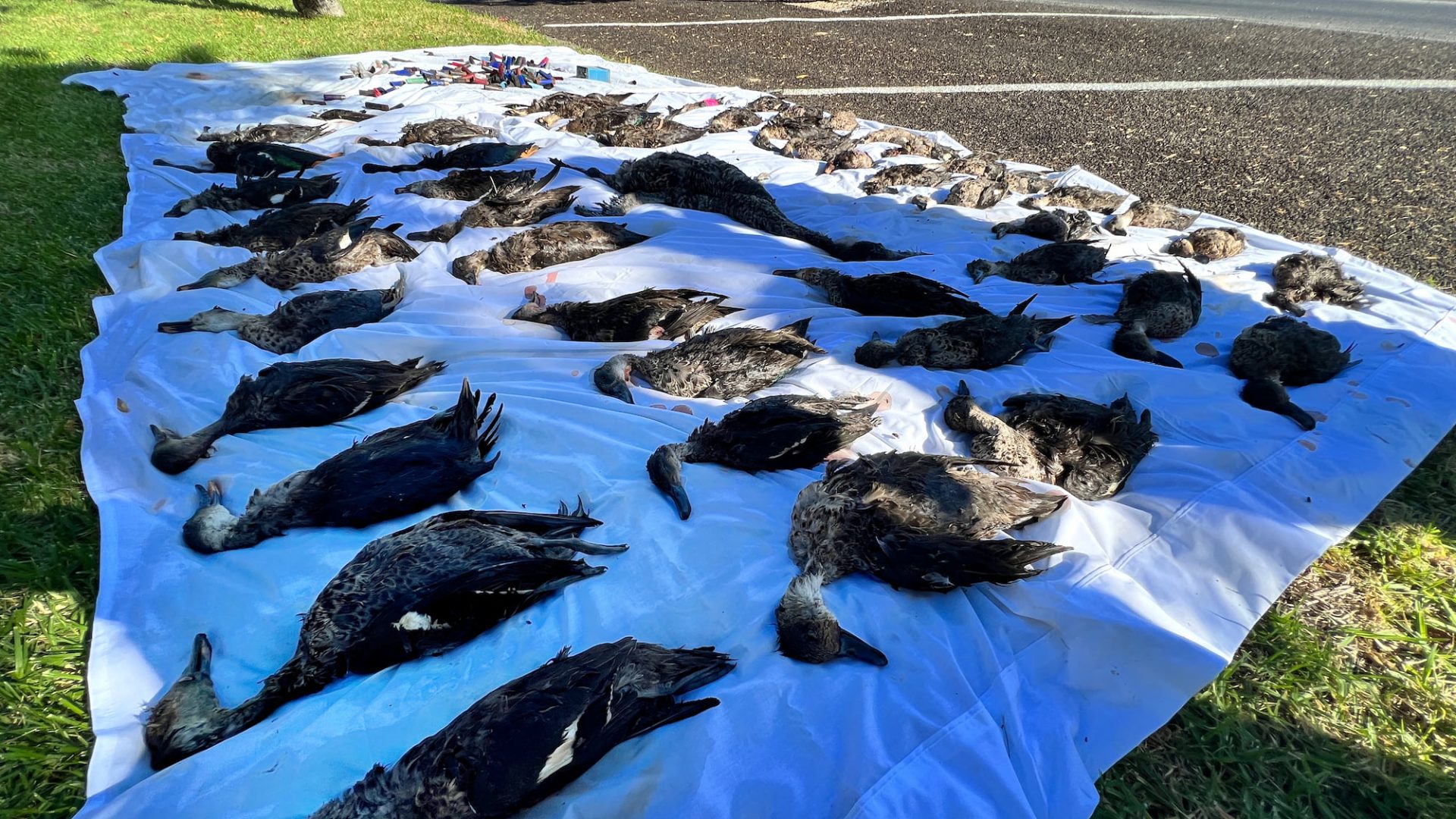 The Coalition Against Duck Shooting display some of the victims of 2022's opening week - these waterbirds were shot and left by shooters on just one wetland, showing that the 'rules' in place are simply not working or protecting wildlife.. 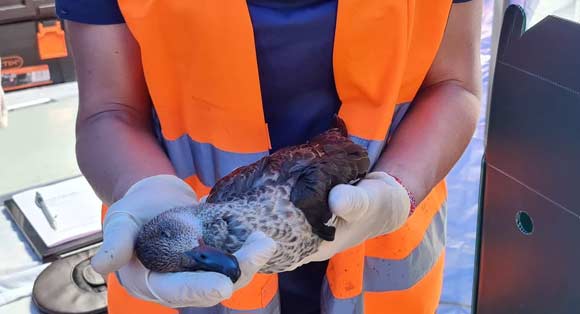 The Wildlife Victoria vet team were on the ground to care for injured wildlife - like this blue-winged shoveler who was illegally shot.
Image Credit: Wildlife Victoria
Season after season, volunteer rescuers work tirelessly to try to protect native waterbirds, like this hardhead duck. Hardheads are on the threatened species list this year - still, these ducks are being shot and maimed. 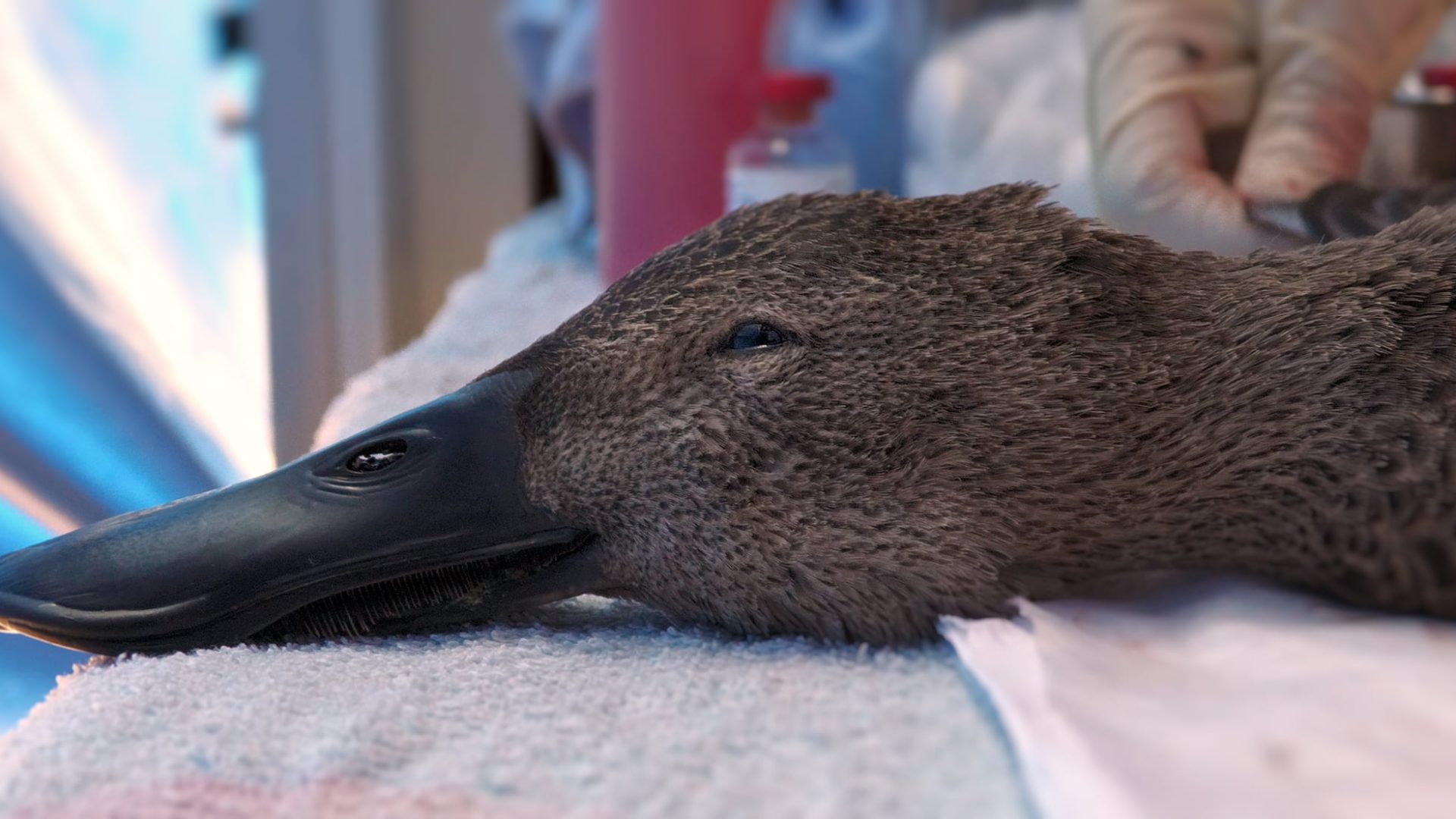 Despite being listened as threatened this year, this blue-winged shoveler was among the protected birds shot and killed. A recent shooter survey provided irrefutable evidence that shooters lack what should be the most basic knowledge when it comes to identifying waterbirds. 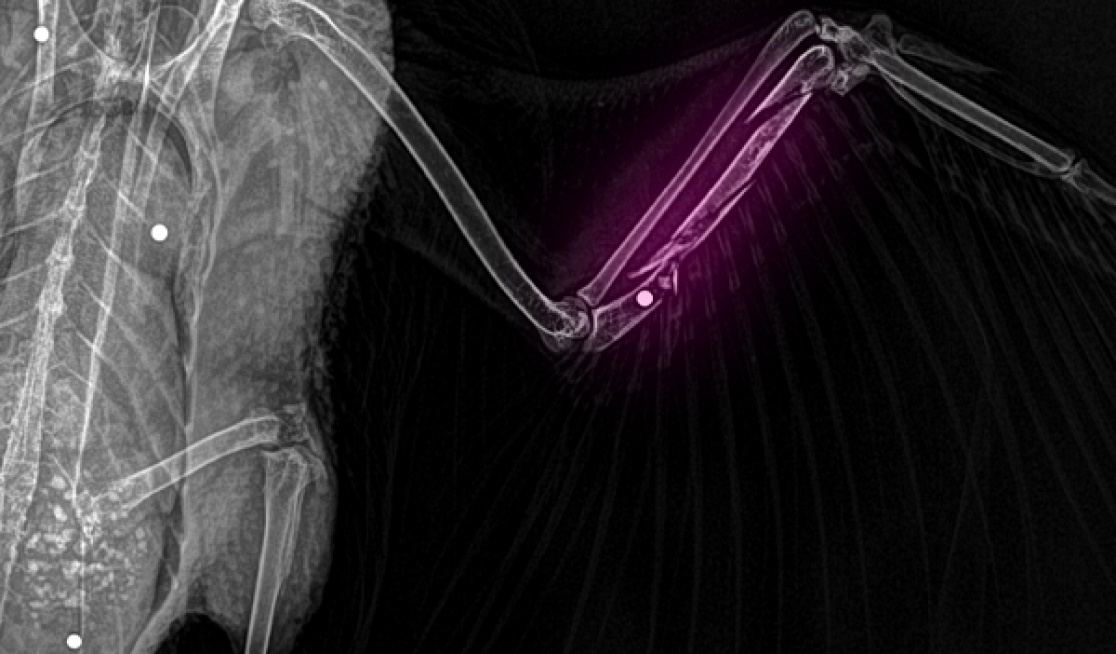 This duck was shot and left to die on the wetlands during the 2021 shooting season. Shotgun pellets shattered her fragile bones and were lodged in her organs. She was rescued by caring volunteers and humanely euthanised by a vet.
Image Credit: Wildlife Victoria 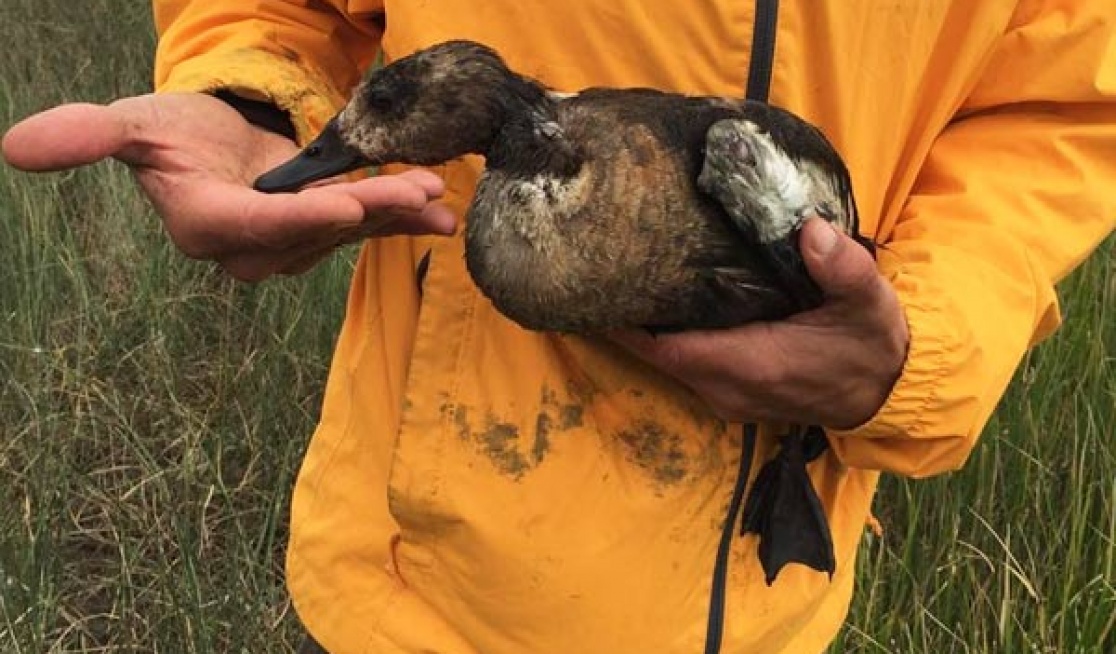 This young mountain duck was wounded and left for dead in the mud (2021). 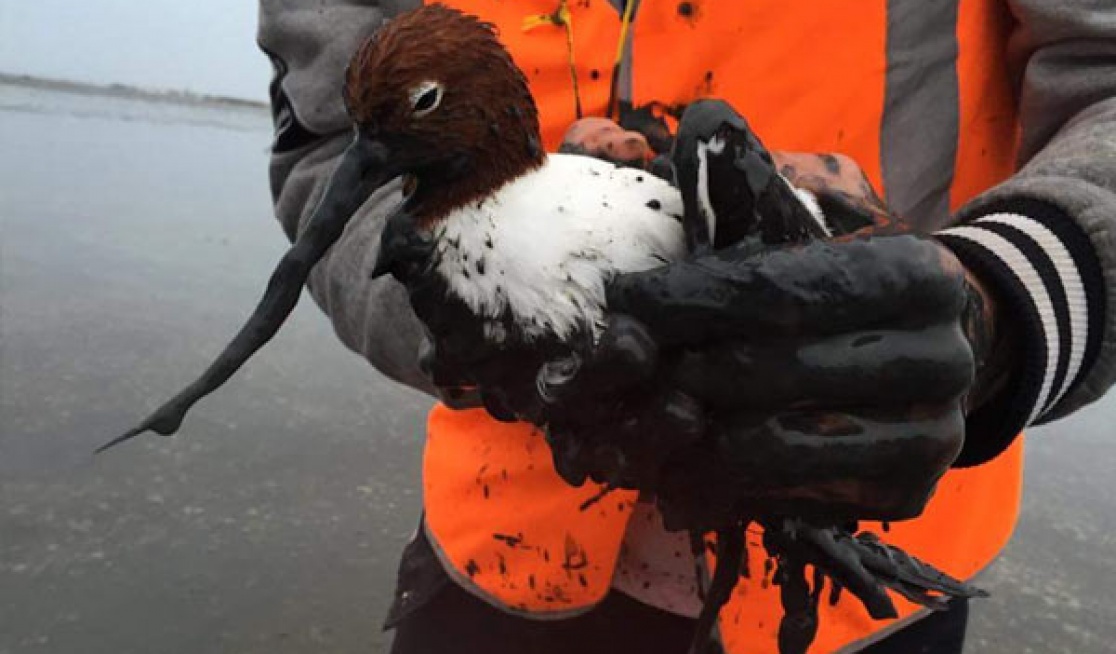 Red-Necked Avocets are a protected species — but this bird was found riddled with shutgun pellets (2021). 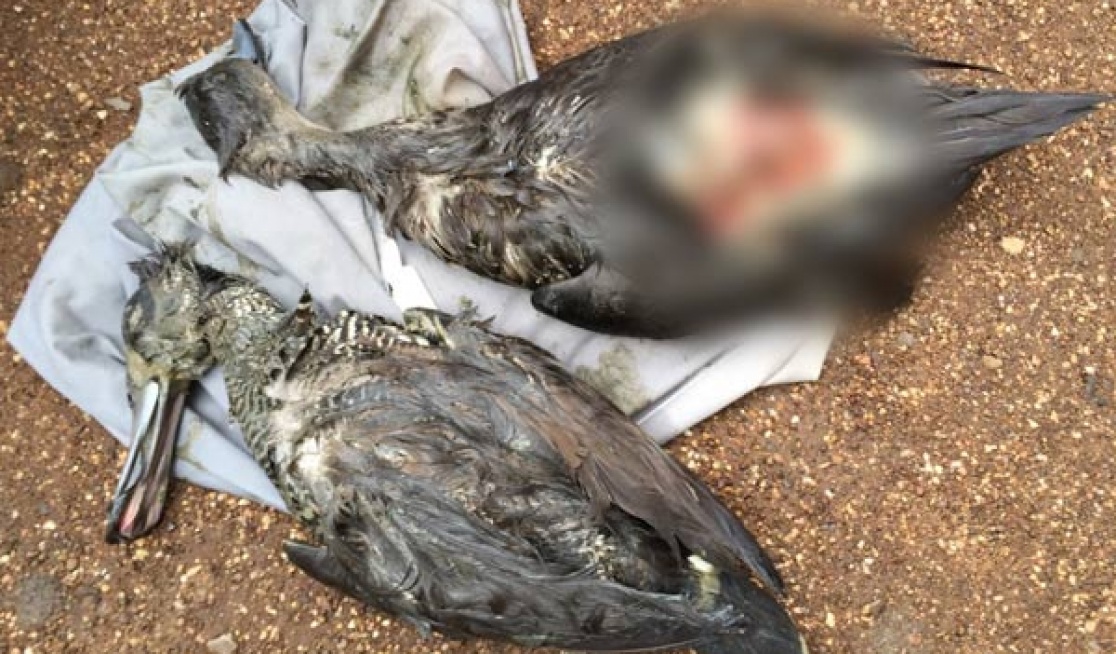 These ducks were torn apart by shotgun pellets, then left by shooters to rot on the wetlands (2021). 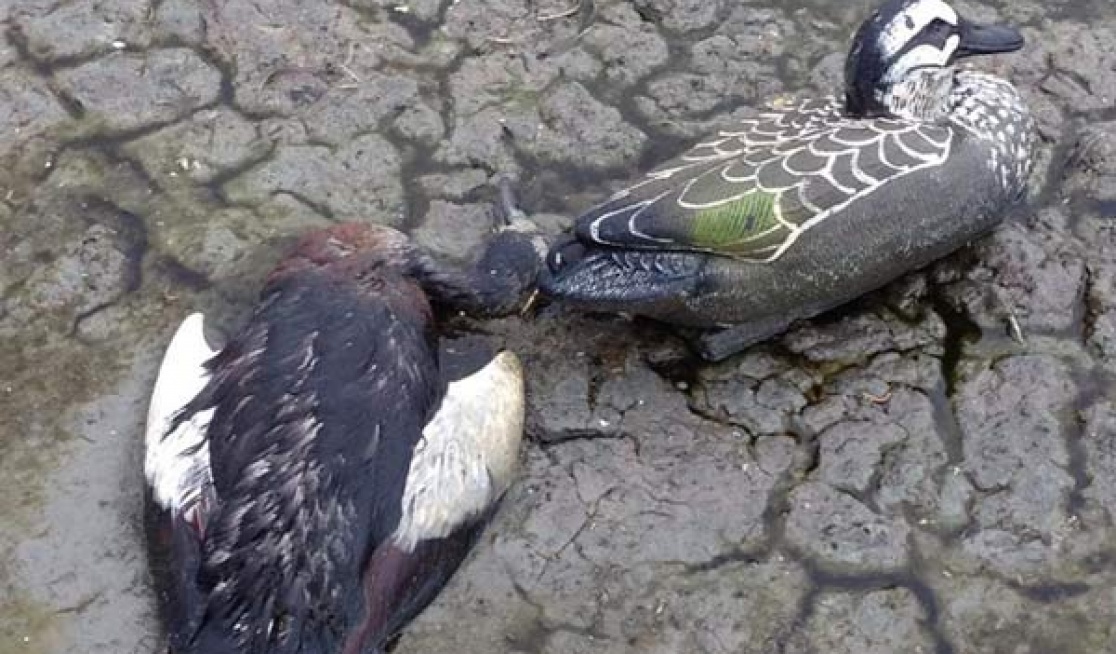 Shooters use decoys to lure ducks down into the wetlands — before shooting them (2021). 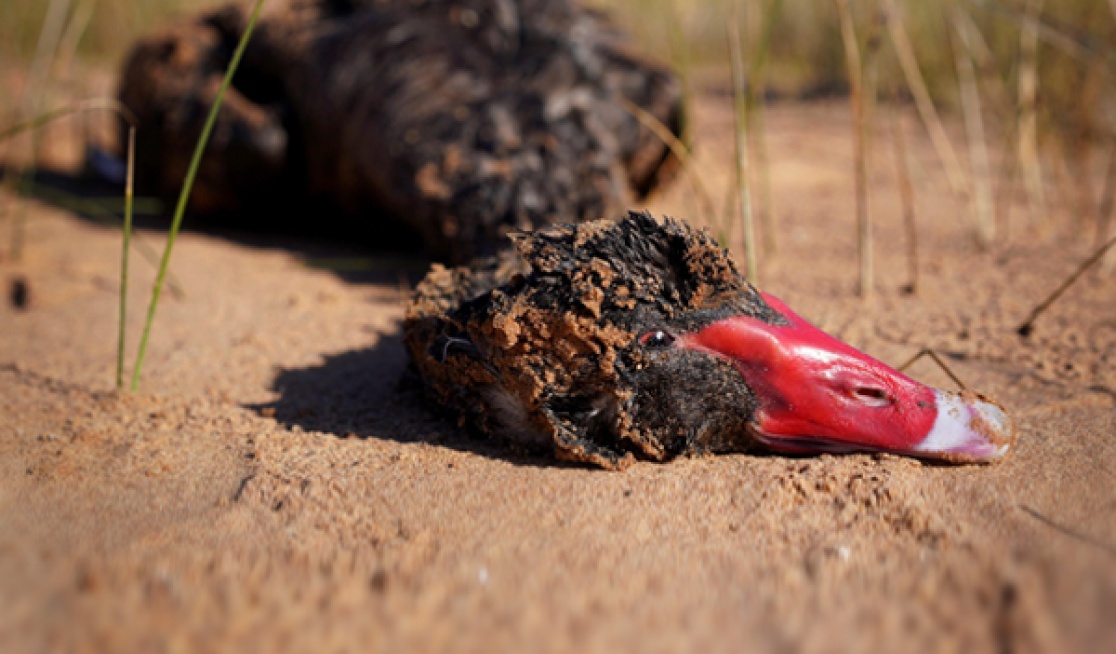 This protected black swan was found on the wetlands, shot and left to die (2021). 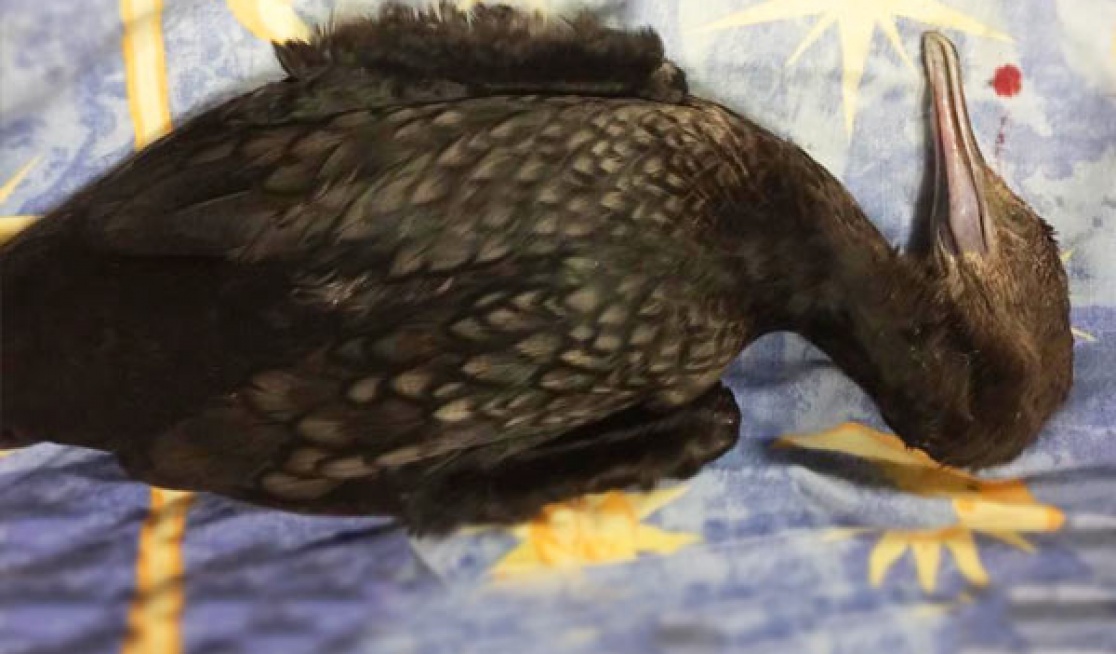 Lead ammunition is still being used by some shooters in the state, despite being banned for two decades – yet another example of the rules in place failing to protect wildlife. After causing an excruciating death for birds who are shot and escape, lead remains in the environment for years, posing a threat to protected animals like wedge-tailed eagles and scavenging wildlife.

The high levels of lead found in ducks at four Victorian waterways in the past four years indicate a potential risk to human health too. Uncovered in Freedom of Information documents, levels were “well above” food safety standards. The EPA was advised to investigate the potential risks to the environment and to humans before the commencement of the 2021 ‘shooting season’, however the government is still yet to issue any public health warnings.

Victoria is years behind the progress of other states. Duck shooting was banned in WA, NSW and QLD in the 90s and early 2000s on animal cruelty and environmental protection grounds. A ban in Victoria is long overdue.

Your voice is critical. To properly protect Australia’s waterbirds, the Victorian Government must acknowledge the scientifically validated survey findings, as well as the irrefutable evidence of duck shooting cruelty and lack of shooter knowledge, and stop the shooting.

actions have been taken. 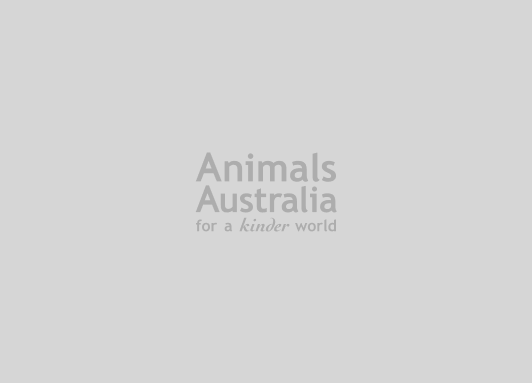 Your letter has been sent along with the other actions.

Did your email program open with your pre-populated letter? If so, that’s great! If not, you can copy it below and paste it into your preferred email program to send.
Help us spread the word and encourage others to take action to end animal cruelty by sharing it on social media.
keep reading