Live exporters want the world to forget Tommy. We never will.

On 30th May 2011, Australia awoke to the shocking reality of live export.

That was the day ABCs Four Corners broadcast footage from Animals Australia's tenth live export investigation — in a program called 'A Bloody Business'.

The nation watched in horror as the fate of Australian animals who are exported live — to face terrifying 'roping' and fully-conscious slaughter in Indonesian slaughterhouses — was revealed.

The poignant image of a lone black steer, trembling violently in fear as he watches his companions killed and butchered in front of him, will remain forever etched in the memory of caring people — in Australia, and all over the world.

Although he tragically could not be saved, this young steer — 'Tommy', as he came to be known — instantly became an icon, representing the suffering inherent to the Australian live export trade, and the undeniable ability for all animals to experience fear. 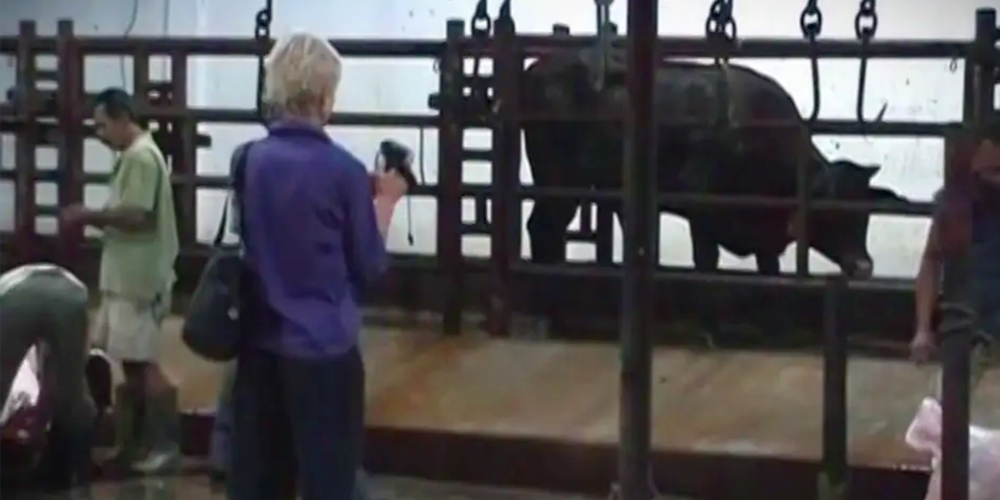 Animals Australia's Lyn White entered this Indonesian slaughterhouse, and witnessed Tommy watching — and trembling — as his companions were killed and butchered in front of his eyes.

Animals Australia's groundbreaking exposé revealed the truth about live export — its ruthless quest for profits, and callous indifference to suffering — so completely that the industry could never hide or claim they 'didn't know' ever again.

The months that followed 'A Bloody Business' were a blur of politics and press conferences, as the live export industry came under unprecedented scrutiny and, in the end, was forced into a new era of government regulation.

Today, this 'bloody business' continues — but for live exporters, it's harder, more expensive and more scrutinised than ever. This is the first of Tommy's legacies.

'A storm is coming'

In 2005 the live export industry published a report warning of the PR nightmare that would unfold if the Australian public was made aware of animal slaughter practices in Indonesia. It was one of six separate industry reports that consistently highlighted significant abuses facing cattle exported to the country including head slapping during cruel roping slaughter, eye gouging, tail breaking and ineffective throat cutting — all leading to prolonged and painful deaths for the animals.

This 'PR nightmare' became a reality in 2011 when Animals Australia documented routine slaughter practices across four cities in Indonesia. Our evidence, along with that independently obtained by ABC's Four Corners program, was broadcast on Australian television.

Perhaps more shocking than the industry's preparedness to knowingly supply millions of cattle to cruel treatment over two decades, was their facilitation of it, through the installation of brutal slaughter boxes. Boxes which according to world-renowned animal behaviour expert Dr Temple Grandin, breached 'every humane slaughter standard anywhere in the world.'

In the fall-out of this exposé, Meat and Livestock Australia admitted that 92% of cattle exported to Indonesia — some 500,000 a year — went to facilities where they would be slaughtered while fully conscious. That means, the vast majority of cattle exported to the country faced the very same abuses Four Corners famously exposed.

Former Agriculture Minister, Senator Joe Ludwig, enacted a temporary 5-week suspension of trade to ensure that cattle exported to Indonesia wouldn't continue to be at risk of eye gouging, tail breaking, head slapping, or being restrained in brutal Australian-designed Mark I slaughter-boxes that caused immense pain and suffering.

While the Federal Court has found that Senator Ludwig erred by not allowing for exemption applications, it also acknowledged Senator Ludwig received advice as to the difficulties of policing where animals were supplied to in Indonesia. This factor has subsequently been reinforced by numerous breaches of the ESCAS 'closed loop' system in importing countries. 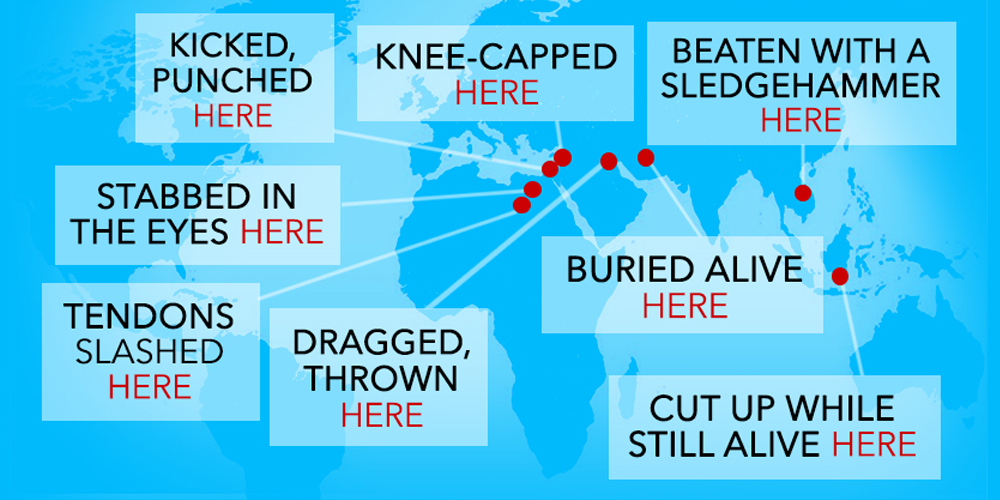 The live export industry's trade in 'meat' causes immeasurable suffering to animals all over the world.

In 2006, the Howard government similarly acted to prevent cruelty in the live cattle trade by suspending shipments to Egypt on the provision of evidence of local slaughter practices that involved tendon slashing and eye stabbing. Practices once again that the Australian live export industry admitted they were aware of yet exported 1 million cattle to Egypt anyway.

It's important to remember that, had this 5-week suspension of trade not been imposed, changes in Indonesian slaughterhouses that now see the vast majority of exported Australian cattle stunned unconscious before slaughter, would not have been implemented.

There are many Australians today who remain deeply grateful to Joe Ludwig for having the courage to make a decision that was in the interests of animals — and it should be noted that Senator Ludwig in 2011 offered affected producers compensation and all animal protection groups publicly supported compensation being provided.

And while processes and decisions made by Senator Ludwig were scrutinised by the Federal court, it should not be forgotten that the brutality Australian cattle faced in Indonesia was widespread and well known to exporters and Meat and Livestock Australia for over a decade. It was they who let cattle producers down, not the government.

If anyone is to 'blame' for economic losses that resulted in the temporary halt in trade, it isn't the government that prevented further animal cruelty, it's the industry body that not only ignored it, but also facilitated it.Lyn White, Animals Australia

Tommy's lasting legacy will be an end to this global trade in animal suffering.

Bought and sold for his 'meat', Tommy fell victim to a business that saw him as nothing more than a 'unit of sale' or dollar signs. But Tommy was so much more than that. He was an individual, who thought and felt — and who showed us that animals too, want to live. That they too, do not want to be harmed.

Tommy's suffering at the hands of the live export industry ignited a collective wave of grief, compassion and determination that is as strong today as it was nine years ago. 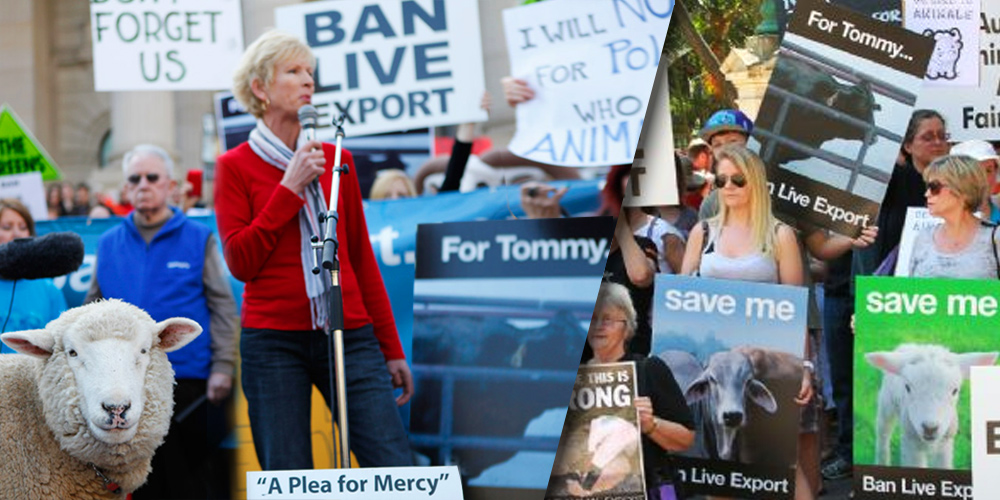 Live exporters want the world to forget you, Tommy. But our solemn oath is that we never will.

We remember each and every one of the animals who suffered as you did. And it is for you, and for them, that we remain steadfast in our efforts to free all animals from the suffering of live export.

Will you stand with us?

While we have achieved much since that unforgettable night in 2011, our efforts to free animals from the callous live export trade continue.

For as long as this cruel trade in living beings exists — we remain as committed as ever to sparing animals from falling victim to it. Your support today will enable us to do just that.