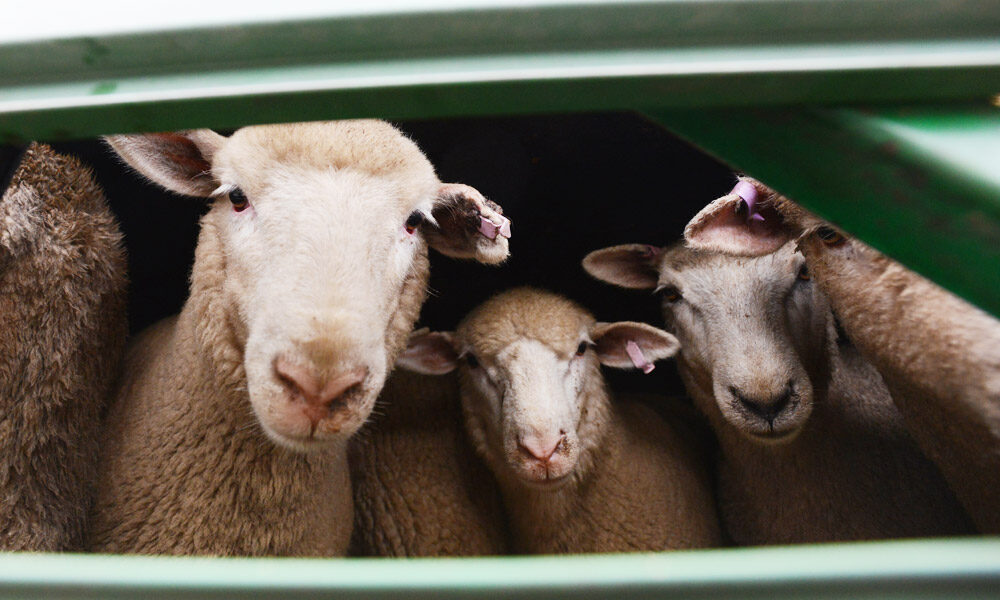 A company responsible for shocking animal cruelty has been given an export licence.

Millions of animals have suffered at the hands of Kuwaiti live export company, KLTT.

Emanuel Exports, the company responsible for 70% of Australia’s cruel trade in live sheep, has been permanently banned from operating. Now, their long-time business partner has stepped in to pick up where Emanuel Exports left off.

The trouble is, KLTT — and their Australian subsidiary, RETWA — have an equally appalling track record when it comes to animal cruelty. Read on to see whether you think this company should be entrusted with the welfare of thousands more animals…

KLTT/RETWA is a decades-long trading partner of Emanuel Exports – the company at the centre of the sheep cruelty scandal. They’ve shared the same ships, the same directors and are equally responsible for mass deaths and suffering. KLTT was the consignee for all five shipments exposed on 60 Minutes.

Records show that since 1980, over 1.5 million sheep have died on board KLTT shipments. The colossal scale of these deaths, and KLTT’s readiness to dismiss them as a “normal” part of the business, indicate a systemic, fundamental problem within the live export trade.

In 2003 RETWA (the Australian subsidiary of KLTT) lost their export licence after a series of “high-mortality” shipments during which thousands of sheep perished from heat stroke. In 2000 to 2002 alone, RETWA was responsible for twenty-five high-mortality voyages.

Mass deaths at sea have been a regular occurrence

Since just 2004, an appalling 71 shipments have had a death toll of 1000 animals or more — and KLTT/RETWA was responsible for nearly half (35/71) of these high mortality shipments. KLTT was also the shipper of the 2016 Al Messilah heat stress disaster during which over 3,000 sheep died in July alone.

Despite this (and their extensive knowledge of heat stress implications and risks) they purchased and packed similar numbers of sheep on the Awassi Express 12 months later, causing 2,400 sheep to suffer and die from heat stroke.

KLTT was (and continues to be) the importer/supplier/distributor of Australian sheep in Kuwait – where animals face the pain and terror of having their throats cut while fully conscious. Animals Australia’s investigations in Kuwait since 2003 have consistently revealed Australian sheep suffering appalling cruelty and abuse and have implicated KLTT in multiple breaches of Australian regulations.

KLTT is responsible for suffering on vessels

In the 2006 ‘Al Kuwait’ case in which WA Magistrate Catherine Crawford found cruelty to animals in breach of the WA Animal Welfare Act, but determined an inability to convict due to conflicting legislation between the Commonwealth and State – Emanuel Exports argued that KLTT was in effective control of the animals on board their ships and thus was responsible for the dire conditions.

Emanuel Exports is currently under investigation in WA for breaches of the WA animal protection act. This investigation will implicate KLTT as they officially owned the sheep at the time the offences allegedly took place.

Want to help sheep? Tell your MP that animals will always come second to profit in live export – and the only way forward is to end the trade.