The future of Europe’s live export trade is in doubt after calls from within the European Parliament to crack down on cruelty to exported animals.

In big news for animals and a potentially huge blow for the cruel global live export trade — the European Parliament may soon vote to stop live animals being exported outside of Europe.

The EU Parliament’s Agriculture Committee has just voted to uphold and enforce their 2005 law which aims to protect animals during transport — a law which is currently overlooked by many member states. Critically, this law states that if transport, handling and slaughter practices in non-EU countries don’t meet European standards — the export of live animals to these countries must end.

Such a decision would spare millions of animals suffering every year in countries where there are no laws to protect them from extreme cruelty. In fact not one of the importing countries currently taking animals from Europe meets the EU’s standards for animal welfare.

Animals International, the global arm of Animals Australia, has spent two years investigating the export of animals from Europe to countries within the Middle East and North Africa. While our friends at the Animal Welfare Foundation have relentlessly documented the suffering of animals transported within Europe.

We’ve seen animals trucked through sweltering conditions within Europe. We’ve seen exhausted animals in EU harbors routinely shocked with electric prods to force them up ramps onto ships. And we have seen terrified European bulls hoisted to the ceiling by one rear leg or bound by ropes before having their throats slit. 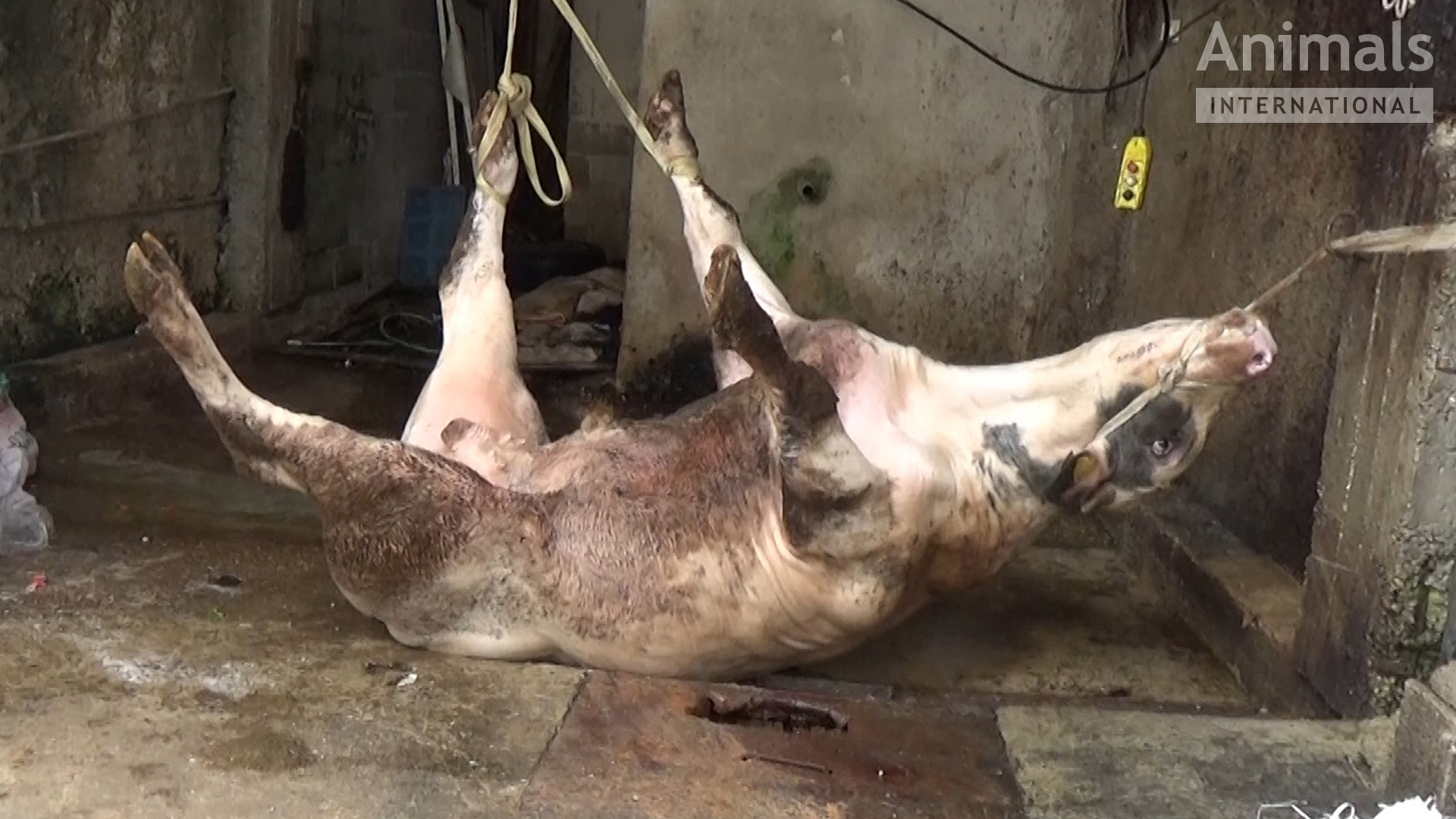 All of this evidence, supported by the lobbying efforts of our colleagues at Eurogroup for Animals, prompted the EU Parliament to conduct the review which led to this recent vote.

Click here to read some of the other recommendations »

Among other recommendations, the Agriculture Committee:

This vote represents major progress in the battle to end live export — but it’s not ‘won’ yet. It’s now up to all members of the European Parliament to vote to support the enforcement of laws that would potentially spare millions of animals from suffering in Europe’s cruel live export trade.

Globally, the tide is turning against live animal export. In Israel, a bill to phase out the import of live animals recently passed the preliminary stages in the Knesset (Israel’s parliament) — with support from the Prime Minister. And hope for Australian sheep is on the horizon with Labor promising to end the trade if successful at the next election.

We still need to keep the pressure on so please tell your MP, or the Australian Embassies of importing countries, just how important this issue is to you.